What’s new in Manchester for 2022: hotels, bars and restaurants

It’s been a tough year for the city’s hospitality industry, but there are plenty of new openings to look forward to in 2022.

From new hotels and restaurants to highly anticipated Manchester openings including Soho House and Sexy Fish, here’s what’s launching over the coming months.

Aiming to be a destination for both business and leisure, it will have modern interiors with a mezzanine overlooking the bar area on the ground-floor, while the restaurant, No.55, will work with local suppliers and offer modern British cuisine.

There will be 329 spacious air-conditioned bedrooms, with amenities such as transport, shopping, art galleries, bars and restaurants a short stroll away. 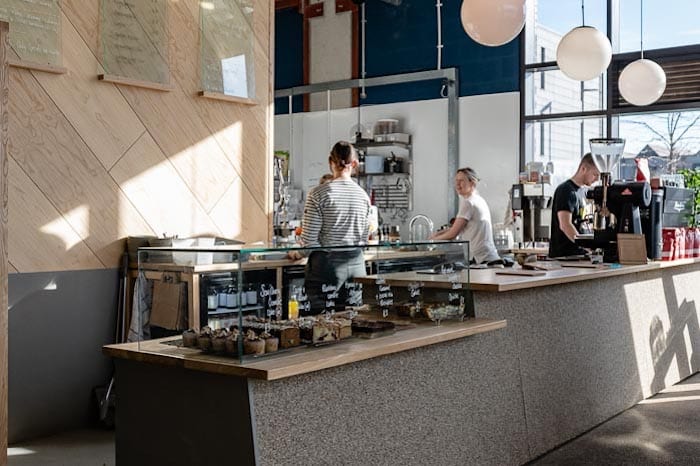 Manchester’s much-loved and queued-for bakery Pollen is to open a new pastry kitchen and café at the city’s Kampus garden neighbourhood.

Expanding on their Ancoats offer, the independent sourdough and viennoiserie bakery is relocating their pastry team to Kampus and launching an expanded brunch menu.

The bakery will be taking over a 2,600 square foot unit on the ground floor of Kampus, where customers will be able to see the patisserie masters at work within an open kitchen. It is set to open in early 2022.

Due to open in spring 2022, the new £35 million Leonardo Hotel will sit at the heart of Piccadilly East, a new neighbourhood emerging directly behind Piccadilly Station.

The hotel will have a striking ‘Jenga-inspired’ block exterior with draping greenery and planters, plus a ground floor restaurant, café bar and external terrace area which will connect to a new public square.

A post shared by Bistro Marc at Winter’s (@bistromarc)

A new French restaurant is set to open early 2022 in the historic Winter’s building on Little Underbank in Stockport town centre.

The building, which has formerly been a jewellers and a pub, will soon be home to Bistro Marc, a 70-cover restaurant spread over two floors that will serve French favourites, with a focus on using fresh local produce from Stockport Indoor Markets and other local suppliers

Soho House has members’ clubs across Europe, North America and Asia, as well as restaurants, cinemas, workspaces, spas and bedrooms – and son it will be coming to Manchester.

Taking over the upper three floors of the former Granada Studios building in the emerging St John’s neighbourhood, which will also be home to The Factory in 2023, the opening date and facilities at Soho House Manchester are yet to be confirmed.

However, guests can likely expect a rooftop bar and pool as well as dining rooms, lounge areas and an iteration of the group’s Mollie’s Motel & Diner concept.

The first northern outpost of extravagant Mayfair restaurant Sexy Fish, owned by Richard Caring – who also owns The Ivy group of restaurants – will take over the old Armani unit on the Deansgate entrance to Spinningfields.

Serving Japanese-inspired sushi, sashimi, seafood, fish and meat cooked on a Robata grill, the high-end Asian restaurant and late-night bar should fit in alongside the likes of 20 Stories, The Ivy and Tattu.

Scheduled to open in summer 2022, these two major hotel developments next to Manchester Airport will deliver 542 new hotel beds and create in the region of 350 jobs.

Due to open in late 2022, Starwood Capital and Property Alliance Group’s 206 bedroom Treehouse Hotel Manchester will be the brand’s second location in the UK.

It forms part of a £200 million redevelopment of the brutalist former Renaissance Hotel on Deansgate, which will also include new retail and space alongside the River Irwell for pop-up food and drink vendors.