I Love MCR® is an independent multimedia company based in the heart of Manchester.

Out of chaos came creativity. Launched in reaction to the mindless riots in 2011, I Love MCR® gained unprecedented organic reach on social media and was proudly emblazoned on the city streets as a statement for solidarity and resilience.

Inspiring community led clean ups, the “I Love Manchester” campaign positively resonated with residents and visitors alike. It wasn’t long before we became a charitable communications company with an antidote to antisocial news.

The ubiquitous I Love MCR logo was inspired by Milton Glaser’s “I Love NY” artwork which was designed to promote tourism in New York City during desperate times in the state.

Today, our globally recognised brand continues to fearlessly and optimistically champion a better and sustainable future for Greater Manchester. Together with our partners, we help boost the local economy and enhance the city region’s public image.

What do we do?

I Love MCR® documents life in Greater Manchester with a variety of editorial and video content to help people discover (and rediscover) the city’s supersonic stories and secrets.

The iconic I Love MCR® logo speaks an international language of love and has become a trusted symbol of civic pride, solidarity and unity adopted by Manchester people.

We inform, inspire and influence a huge community of people while creating a unique picture of the city.

The long and the short of it is, I Love MCR® is a positive publication and platform to advertise Manchester as a desirable destination to visit, live, work and do business in an aim to boost local economy.

Whilst bringing stories to life, we advertise businesses and raise awareness of charities which benefit communities within Greater Manchester – using social and digital marketing, and outdoor media aka out of home media.

I Love MCR® is a vehicle for mobilising Mancunians with meaningful content that connects communities.

Our heart’s in the right place. Manchester.

I Love MCR® likes to share the good news and Manchester has plenty of it. Our publication receives an average of 14 million views per year by posting positive Manchester news, community stories and presenting a credible cultural city guide.

We share inspiring stories of local people, communities, businesses, charities and events. For the love of Manchester, we cover everything from community and charity to lifestyle and culture.

We like to think our positive posts help put Manchester on the world stage and boost local economy.

A love letter to Manchester

Located in the north west of England, Manchester is the economic hub of the north with a population of over half a million proud people in the city centre and more than 2.7 million people live across the 10 boroughs of Greater Manchester.

A city that makes history and shapes the future, Manchester was the heart of the industrial revolution. A city with a glorious past and, perhaps, an even greater future.

It’s been said, ‘what Manchester thinks today, the world thinks tomorrow’. The world’s truly modern city which paved the way with a wealth of world first innovations.

The place where mankind first split the atom. The invention the first modern computer; The first free public library in the country. The first totally artificial waterway. The first city with gas street lighting. The world’s first true railway. The city of the suffragettes. The birthplace of graphene, the world’s thinnest material.

Manchester is a vibrant word-class city, rich in social and cultural history. Unlike other metropolis, Manchester is an ever-morphing constellation of stories, personalities and moving parts which welcome everyone with open arms. This warm reception informs daily life and a unique civic pride. It’s expressed through the endearing custom of greeting strangers in the street and in the way coffee shops feel like laid back community lounges.

This city is more than just a destination, Manchester is a home. Manchester has a proud history of solidarity – of standing up for those who need help.

From Peterloo to the Pankhursts, our city gives a voice to the voiceless. We stick together here, too – we know the power of community and know that, as Mancunians, we have far more in common with each other than that which divides us. And the Manchester of today is no exception.

Whether you were born here or drawn here, Manchester is a multicultural city which welcomes people from all over the world with amenities for people of all backgrounds. It’s one of the most ethnically and linguistically diverse cities in the world with more than 150 languages spoken.

Apart from Manchester music and football, the key to the city’s success on the world stage is its togetherness.

Manchester has been named as one of the top 10 cities to visit by Lonely Planet, the UK’s most liveable city by The Economist and one of the best places in the world to go by The New York Times.

As the city’s fortune swelled in the 19th century, so did its civic pride. Manchester’s elite saw the city as the new Venice and commissioned grand buildings and monuments, taking architectural inspiration from across the ages.

Manchester’s architectural crown and glory – and focus of its civic pride – is its town hall. Built to rival the great buildings of London, this is an architectural gem that proclaimed ‘this is Manchester and we’ve arrived.’ Held in trust for Mancunians and the nation by the council, it’s the city’s favourite wedding venue and a stage set for TV & film. It even features on its own Royal Mail stamp.

Manchester may no longer be England’s industrial powerhouse but it’s a city that’s never stopped dreaming. Right across the city daring new projects, innovations and ideas continue to capture the world’s attention.

Today, the city’s greatest asset is still its people. Manchester’s unique sense of civic pride and resilience – and its ability to stand together in solidarity has been tested more than once.

Just count the cranes and you’ll know that Manchester is developing all the time and shows no sign of slowing down. Which is why it’s been predicted that the city’s population will rise by 56,000 before 2034.

Manchester has been ranked as one of the greenest cities in the UK with thanks to the city’s commitment to recycling and investments in public transport and cycling routes.

A city to be admired and replicated – not just in the UK but worldwide.

Manchester is in the middle of a cultural renaissance. The only question is: what will Manchester do next?

That’s up to you.

As an organisation in Greater Manchester we will help to eradicate the use of avoidable single use plastics by the end of 2020. With support, we will review our practices, and make more sustainable choices about the products we offer, and the ways we deliver our services.

Every product on our online shop is made with love from natural materials, using renewable energy, and delivered in plastic-free packaging. Every product we make is designed to be sent back to us when it is worn out. We make new products from the material we recover, and the cycle itself is renewable.

Together we can make a change. You too, as a business or an individual, can sign the pledge and help us to make Greater Manchester one of the greenest city regions in Europe.

Using a combination of digital and media, we advertise and market Manchester businesses by targeting different demographics and interests in a huge captive audience. From editorial and email marketing to video and digital billboards, we connect the right people.

We’re now proud to be able to offer people the easiest way to discover events, find tickets and compare ticket prices for their favourite gigs via our new media partner TickX.

The I Love MCR® App is the beating heart of the city in the palm of your hand. Download an I Love MCR® lifestyle and discover all the best deals, experiences and events in Manchester.

Our heart’s in the right place. Manchester. Is yours?

Declare your love for Manchester and show the world what the city stands for with our I Love Manchester merchandise, Manchester gifts and souvenirs available from the online shop. What’s more 10% of sales proceeds are donated to We Love MCR Charity. Get the mug and the t-shirt.

Meet the busy bees behind I Love MCR®. We’re as Manchester as it gets. Some were born here, some drawn here. A small band of like-minded individuals who share the same passion; love and affection for our city.  Conversation starters, visual storytellers and social butterflies. We are cool, cultured and cosmopolitan – just like Manchester. We are an extended family who love Manchester and we hope you do, too. 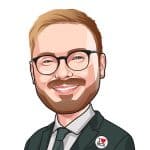 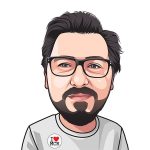 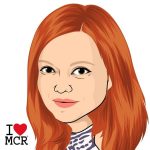 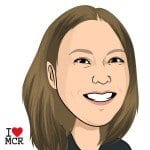 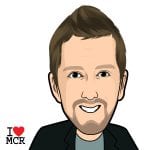 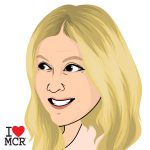 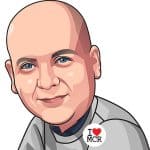 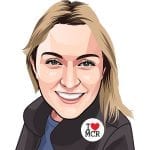 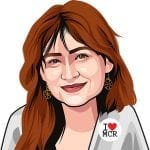 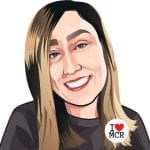 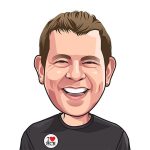 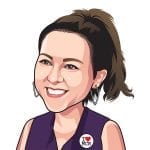 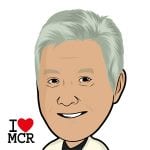 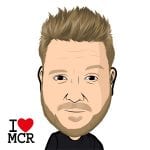 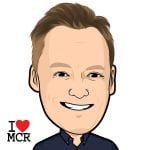 Give a little, help a lot!

Our beneficiary partner charity is We Love MCR Charity, whose main aim is to improve the lives and life chances of the people of Greater Manchester.

Operated by Manchester City Council, the influential charity raises vital funds to create opportunities for our young people to gain the knowledge, skills and confidence they need to succeed. What’s more to support communities to find common ground and celebrate their diversity.

Formerly known as the Lord Mayor of Manchester’s Charity Appeal Trust, the historic charity adopted the look and feel of the hugely successful I Love MCR® campaign because it has become a symbol of the positive action taken by residents and businesses following disturbances in the city in 2011.