The story of Manchester Central: a city centre icon for over 140 years

From Central Station and G-Mex to Manchester Central, this much-loved venue has many stories to tell

The vaulted arches and station clock have made Manchester Central an iconic city feature for more than 140 years.

From its birth as a train station to hosting music artists such as The Smiths and Oasis, and from establishing itself as a world-class conference and events venue to being transformed into a Nightingale Hospital and back again, the venue has many stories to tell.

Hosting a huge range of events from exhibitions for food, film and travel fans to medical conferences and gala dinners, there are very few days of the year when the venue isn’t bustling with delegates or exhibitors.

It has even been transformed into television sets for a number of shows including Cold Feet, the 18/19 Premier League launch, X Factor and Ninja Warrior.

And an Open House event later this month offers the chance to explore the spaces, from the vast Central Hall to the state-of-the-art auditorium and everything in between.

Opened in 1880, Manchester Central began life as one of the major train station hubs of the North West.

Central Station went on to become one of the country’s great travel interchanges, and was in operation until 1969 when it was deemed surplus to requirements and closed, due to both increased car-use and changes in the surrounding rail network.

Following its closure, the building escaped demolition and was given listed building status.

It then stood largely unused and derelict for more than 20 years.

In 1978 the building was purchased by Greater Manchester County Council, with plans to revitalise the disused structure, and work started on the first ever urban regeneration project in 1982.

The Greater Manchester Exhibition and Event Centre (G-MEX) was opened by her Majesty the Queen on 21st March 1986, and the first exhibition held there was Enterprise North West.

Over the next 20 years the G-Mex, as it is still fondly remembered by many Mancunians, hosted a number of concerts including The Smiths, The Happy Mondays, Oasis and Take That.

The venue was extended with the addition of The Exchange Building in 2001.

When did it become Manchester Central?

In 2007, GMEX and MICC were re-branded as Manchester Central Convention Complex.

The name refers back to the building’s original name as Central Station, and it also gave focus to two of the venue’s USPs: its home city and its location within it.

A £30 million overhaul was completed in 2009 and took the venue onto a world stage in conferencing and events.

The venue now hosts a huge range of events from political party conferences and gala dinners to exhibitions for food, film and travel fans.

It has even provided a backdrop to a number of television shows, from Cold Feet to Ninja Warrior.

A Nightingale hospital in the city centre 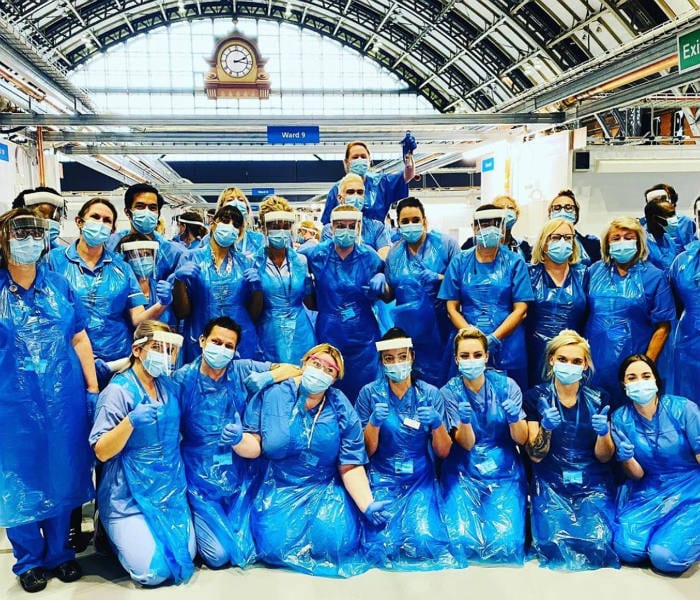 in March 2020, Manchester Central was repurposed as the NHS Nightingale North West hospital for just over a year, helping to support the NHS during the pandemic.

But now, following the easing of restrictions, Manchester Central is back to doing what they do best; hosting live events.

And if you fancy taking a look inside the venue to explore its incredible history in more detail, this month you can do just that thanks to their Open House event.

Manchester Central’s Open House event takes place on Thursday 21st July 2022. Visitors will be able to take a tour of the venue, view a photo exhibition and meet with the team. They are also creating a pop-up shared workspace for the day, so that anyone attending the event can work from the venue for the day.