Six by Nico’s new menu is inspired by a Bombay kitchen – so what’s it like?

Six by Nico has brought a new kind of tasting menu to Manchester, offering a completely new six course feast every six weeks.

Previous themes have included Sicily, The Alps, Mexico, Alice in Wonderland, and the humble chippy tea.

Now, diners at the Spring Gardens restaurant can experience a new menu, with six modern Indian dishes themed around a Bombay kitchen. 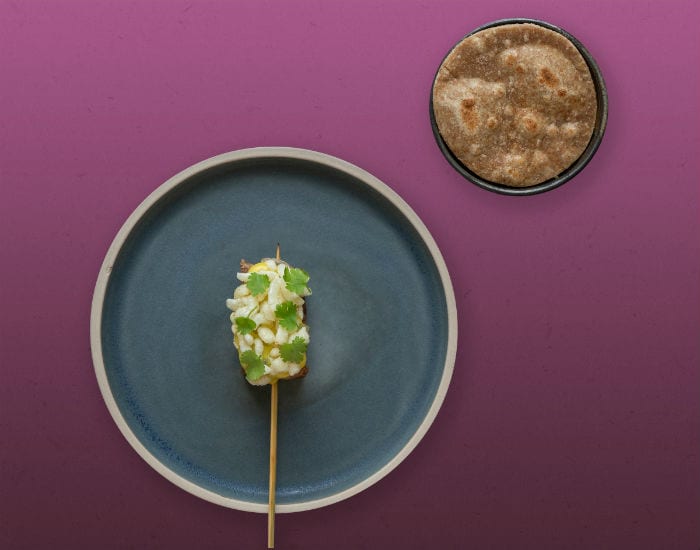 As well as getting to try a new menu every six weeks, one of the main selling points for diners is the price.

Often tasting menus can be prohibitively expensive, but six courses at Six by Nico will set you back just £29, making it one of the most affordable and accessible tasting menus in the city.

And if you want to add on matched wines, you can do so for an additional £26.

It’s an elegant little bowl to whet the appetite, light and zesty and warming.

The lamb is tender and juicy and confidently spiced, but the real star is the fluffiest of mini naan breads.

A corn bhutta dish is next, consisting of pressed chicken thigh with pickled mushroom, spiced corn, and lime and deggi mirch.

The cod is tender and flaky, the broth rich and deep, and the bhaji properly crisp, with a lacy squid ink tuille adding a touch of elegance as well as texture.

There’s also pickled and roasted shallot for added complexity, with an onion gel and chutney bringing the whole dish together nicely.

The delicate fish is followed by makhani: loin and belly of pork with sultana biryani, makhani sauce, coriander and mint chutney.

While the belly is fatty and flavourful, the loin is a touch on the firm side, but the crisp crumb topping adds welcome texture.

A bergamot gel is beautifully fragrant, while the coriander and mint chutney positively buzzes with flavour.

It all adds up to a balanced tasting menu, well executed and superb value for under £30.

‘Bombay Kitchen’ will run until Sunday 29th November 2020  at Six by Nico, Spring Gardens. The menu is priced at £29 per person, with the option to add a wine pairing for an additional £26. There is a vegetarian alternative for every course, as well as Parsi café inspired snack sides. Bookings are open now.