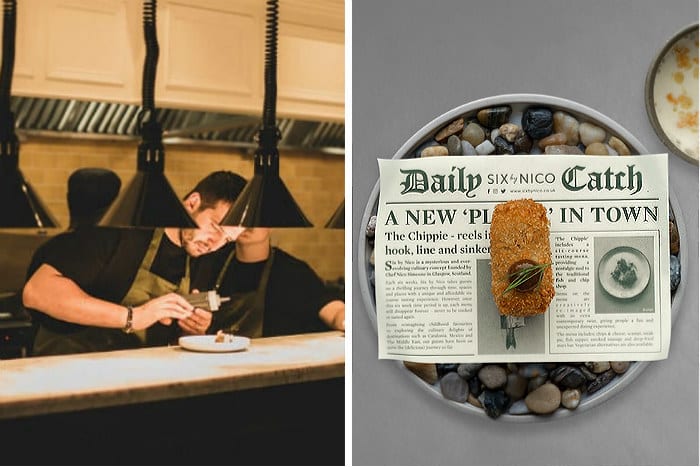 Spring Gardens restaurants Six by Nico has announced it is reopening on Monday 13th July – and the first menu will be a new take on an old favourite.

The first menu for Manchester was a new take on the chippy tea – and, fittingly, it will be back for the reopening, albeit in a new, updated version. 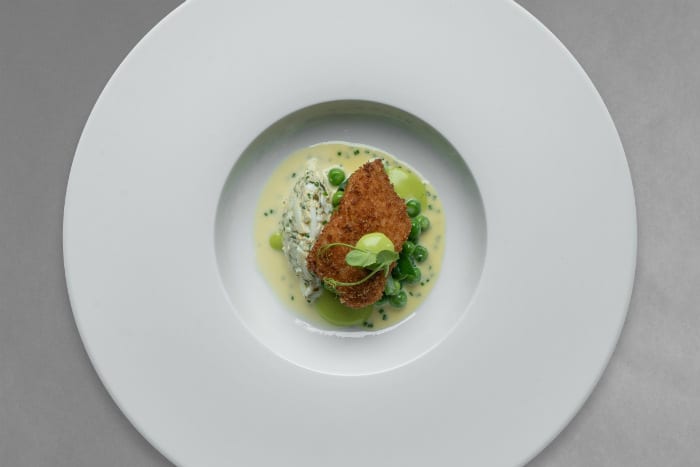 Dishes on the version 2.0 menu will include starters of chips and cheese (a brandade croquette with Parmesan espuma and crisp, curry oil, vinegar powder and brown sauce), and scrabster monkfish (monkfish cheek with dill emulsion, gribiche, peas and beurre blanc). 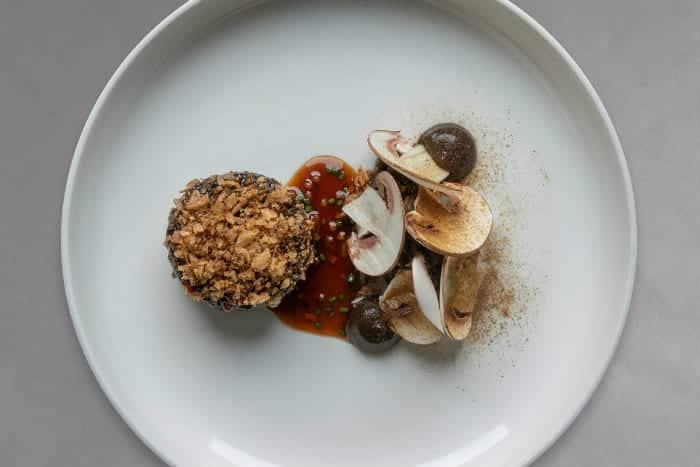 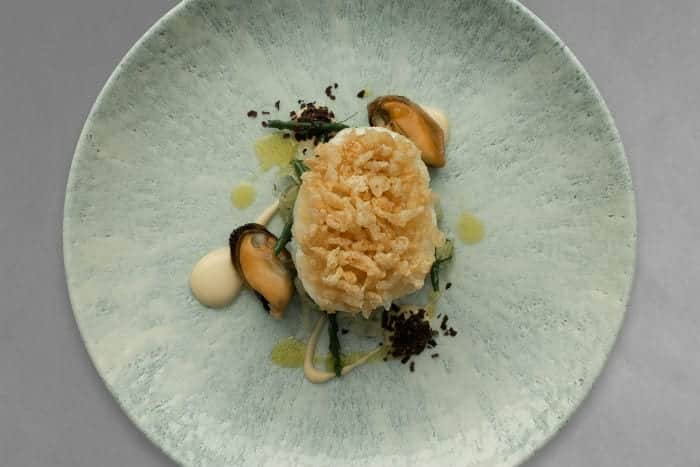 Then there’s the hearty smoked sausage dish (a trio of pork with apple, black pudding, salt baked celeriac and choucroute). 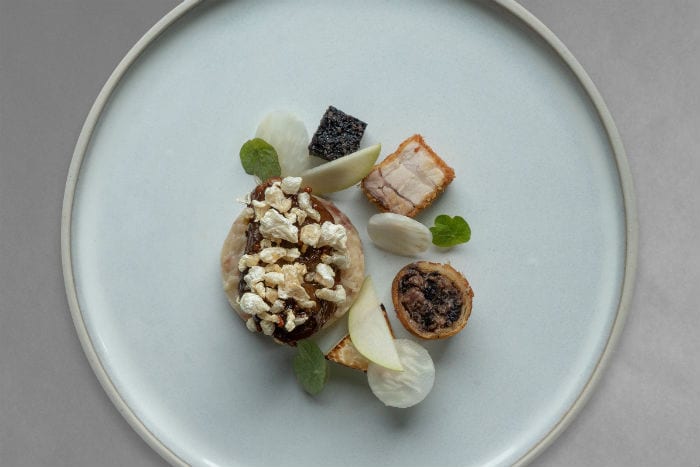 And finally, back by very popular demand, a deep fried Mars bar for dessert – though a refined take on the nostalgic flavours, with chocolate pave, blood orange sorbet and cocoa nib.

There will also be a vegetarian option available for each course. 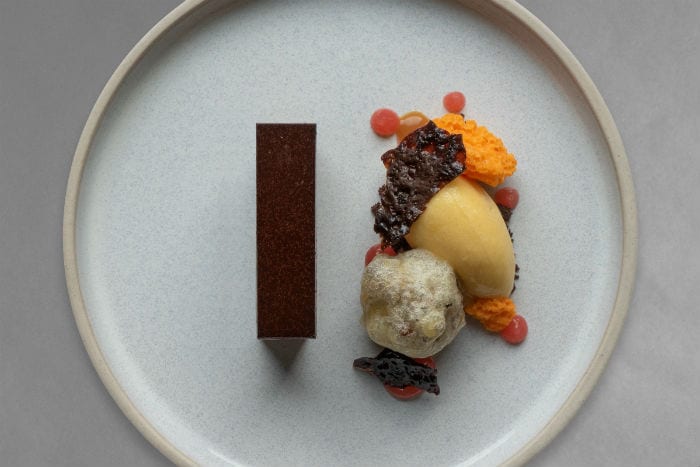 The chippy menu “was originally designed to bring a sense of fun and nostalgia, and when talking to our team and Six by Nico community about which menu we wanted to re-open with, it was clear we wanted to bring those feelings back,” says chef Nico.

It was a hugely popular menu the first time around, “and so not only does this mean our existing customers get the opportunity to experience a new version, but it gives us the chance to share it with even more people the second time around.” 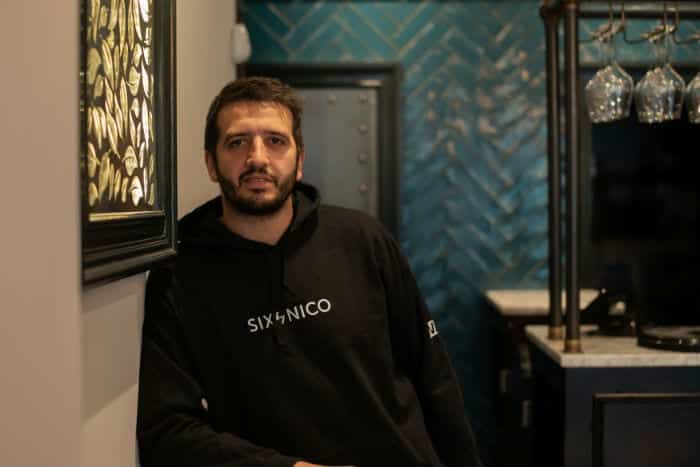 “I’m really proud of the work the team has put in behind the scenes throughout the pandemic,” says Nico.

“The Six by Nico experience is something that is really special to us, and while we have a reduced capacity the experience will not be compromised.”

The Home by Nico meal kits which have been available for collection from the Manchester restaurant during lockdown will be paused for the time being as the teams focus on re-opening all Six by Nico restaurants, and plans for the food delivery business will be revealed later this year.

And the brand continues to expand. Six by Nico London, located in Fitzrovia, will open for the first time ever on Monday July 20th.

Diners can now book a table now for ‘The Chippie 2.0’, which will run from Monday 13th July until Sunday 6th September at Six by Nico, 60 Spring Gardens. Open from midday, Monday through to Sunday, each six-course menu will be available from noon to night. The menu will be priced at £29 per person and diners can add a wine pairing for an additional £26.