Located on the corner of Great Ancoats Street and Adair Street, the new outpost from Leonardo Hotels was developed by Manchester-based social impact developers Capital&Centric.

Leonardo Hotel Manchester Piccadilly boasts an eye-catching exterior, inspired by Milan’s Bosco Verticale (vertical forest) tower blocks, which has seen the hotel win a design award from the Manchester Society of Architects before it opens its doors. 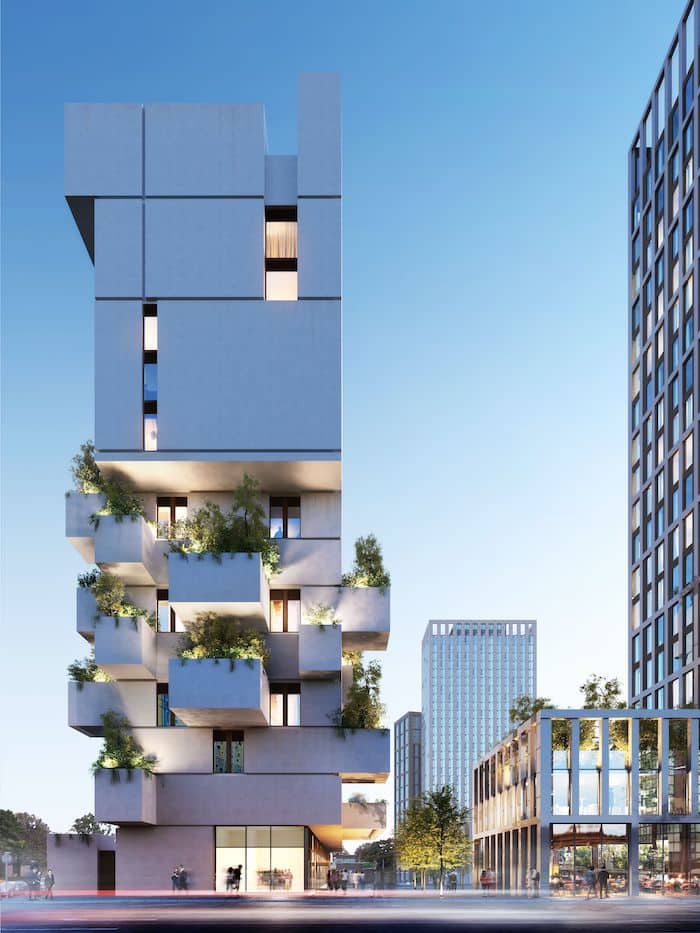 Guests can also unwind and enjoy a dine-in experience at Leo’s, the hotel’s on-site bar and restaurant, which will serve a range of food and drinks throughout the day, for both dine-in or takeaway.

Room service will also be available if guests would prefer to enjoy a snack from the comfort of their own room.

Mindfulness and wellbeing are a key focus for the hotel, with a wellness suite available for all guests, offering a space for meditation or yoga.

Users can select a personalised guided yoga or meditation session through one of the smart televisions.

For those who want a digital detox, they can utilise the timer controlled locking jars for devices, enabling guests to switch off from the digital world. 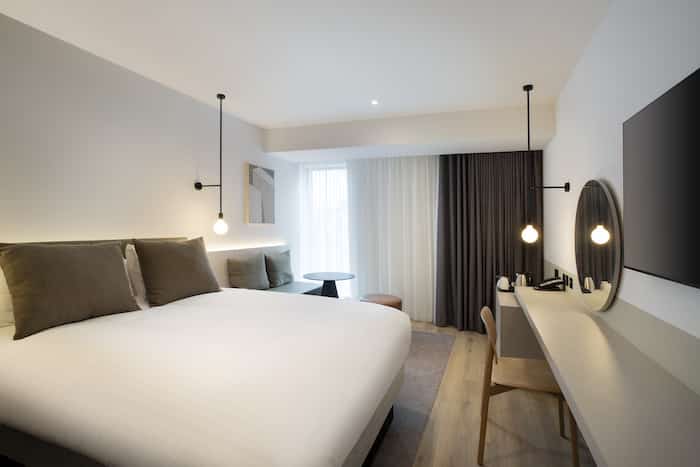 “We are absolutely delighted to be opening our first Leonardo Hotel in Manchester,” said Jason Carruthers, Managing Director for Jurys Inn and Leonardo Hotels UK.

“The unique design of the hotel has seen a lot of interest in it before opening its doors which is wonderful, and we can’t wait to be able to welcome people inside and continue the conversation.

“Manchester is such a vibrant city and we’re delighted to be in such close proximity to Ancoats and the Northern Quarter, while also being close to transport links such as Piccadilly train station and New Islington tram stop.

“With Diecast due to open later this year and Escape to Freight Island a stone’s throw away, we’re in the middle of an area which is undergoing a real transformation and we’re excited to be a part of it.”

The striking hotel was the brainchild of Capital&Centric, the developers behind the growth of Manchester’s Piccadilly East neighbourhood, including the nearby Crusader Mill and Phoenix.

“The hotel is in an epic location, at the heart of a neighbourhood that’s got a real independent vibe and foodie buzz,” said Adam Higgins, co-founder of Capital&Centric.

“We wanted to create something iconic and eye-catching, with lush greenery adorning the building.

“Manchester is a global city, consistently named one of the best in the world and Leonardo Hotel will be a fantastic base to explore this incredible city.”

Leonardo Hotel Manchester Piccadilly will open this spring. To book or for more information, visit leonardohotels.co.uk.