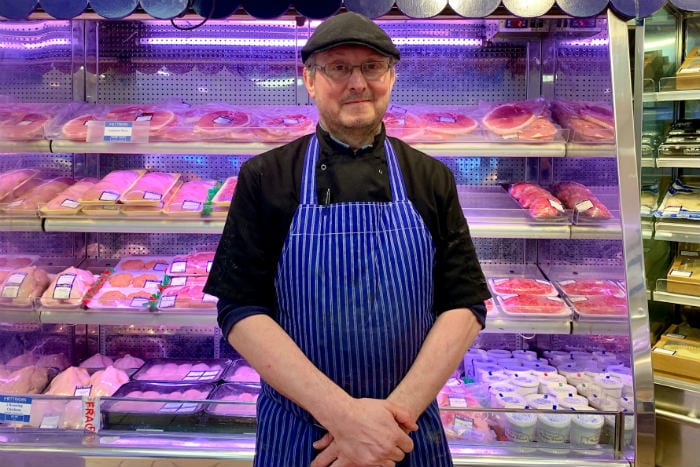 “This is something very special. I’m sure it doesn’t happen very often!” beams John Mettrick, the man behind JW Mettrick & Son family-run butchers in Glossop, a market town nestled on the edge of the Peak District.

He’s talking about his recent win at the British Pie Awards in Melton Mowbray, which saw Mettrick’s beat all the competition to be crowned the makers of the best pork pie in the UK.

“To be able to take the top pork pie prize away from Melton Mowbray, the home of pork pies – it’s just a fantastic feeling,” says John. “It’s a credit to the lads in our bakery, they’ve done a really good job.”

What’s the secret to their champion pork pie? 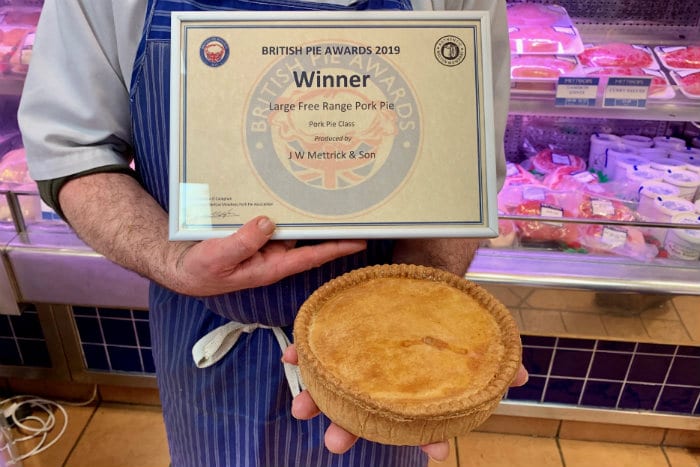 “We use our own free range pork, which is specially selected with our own seasonings,” he says. “It’s a recipe the lads have worked very hard on. Both the meat and the pastry, which uses a traditional hot water paste.

“There are a couple of secret ingredients, too, but I can’t reveal those.”

It’s not the first time John has used secret ingredients. Mettrick’s Hadfield shop was the filming location for The League of Gentlemen TV series, and home to character Hillary Briss, the butcher who plied Royston Vasey with his highly addictive and mysterious “special stuff.”

“We still occasionally get asked about special stuff,” says John, who at the time sold his own “special sausages” (the secret ingredient was a local beer, he admits) to appeal to the show’s fans who’d travelled from far and wide. 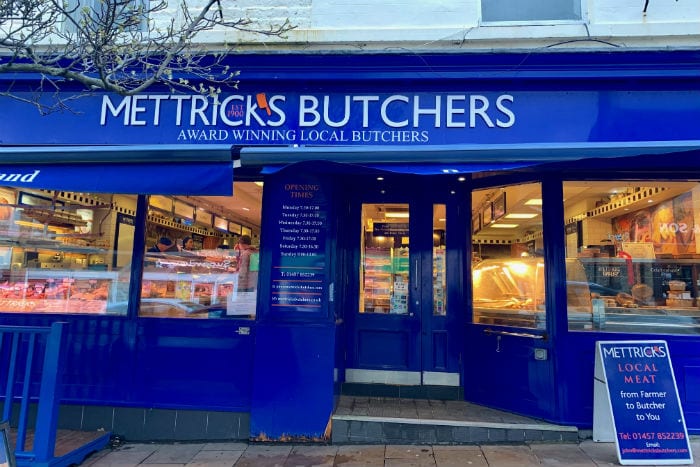 And there are still plenty of colourful local characters who come into the shop in real life, John says.

“We definitely have some characters. I got a complaint from a customer not long ago because when the Saturday girl served him she forgot to put the marrow bone in the bag. He wrote a letter from his dog, signed ‘The Dog’.

“That’s the weirdest complaint we’ve had. But luckily we don’t get many complaints.”

And John Mettrick has himself been awarded the title Master Butcher – “a qualification you have to work hard for,” he says. “There are probably only about 30 of us in the UK.” 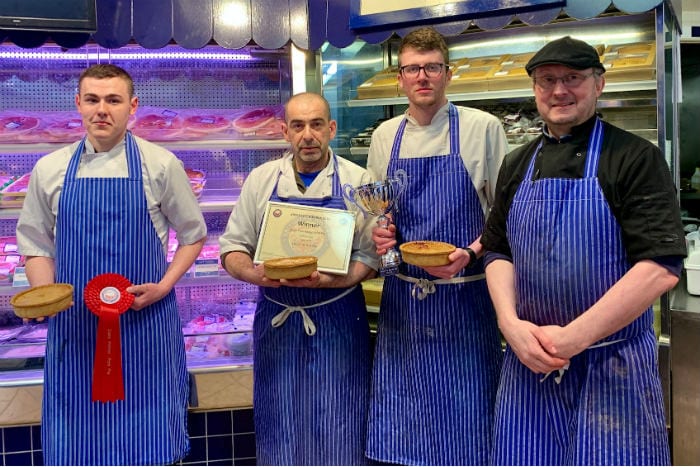 Mettrick’s still has the same ethos as it had when it was founded over a century ago, says John.

“It has been going over 100 years, and it’s been five generations in the same family,” he says.

“It was started by my great grandfather’s uncle in Hadfield, and it was taken on by my grandfather and then my father and his sister. And my cousin originally worked in the bakery, which was a new addition when we took on this high street shop in Glossop.” 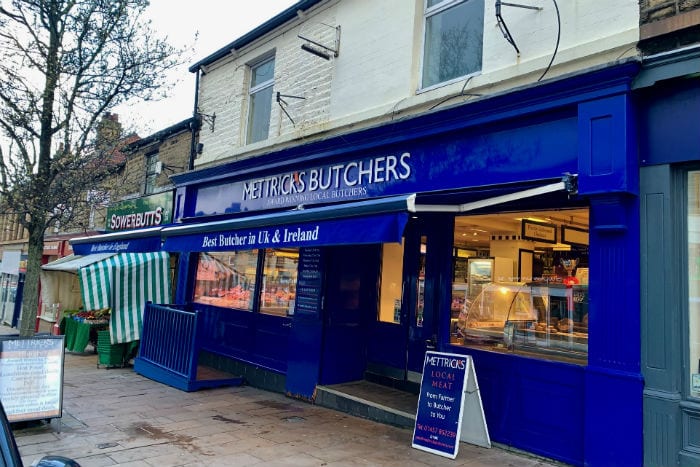 The business is unusual in that it also has its own small abattoir, which John believes is important for several reasons.

“Long supply chains aren’t good, because you can lose track of where your food comes from,” he says. “I’d like to see a renaissance in small abattoirs. It’s better for the animals, because they’re travelling shorter distances. It’s better for welfare and for traceability.”

“Last year we worked out that we provided services for 95 local farmers,” says John. “We process pigs for local charcuterie makers, we process Longhorn cattle for one farmer for burgers which go into a local restaurant…”. 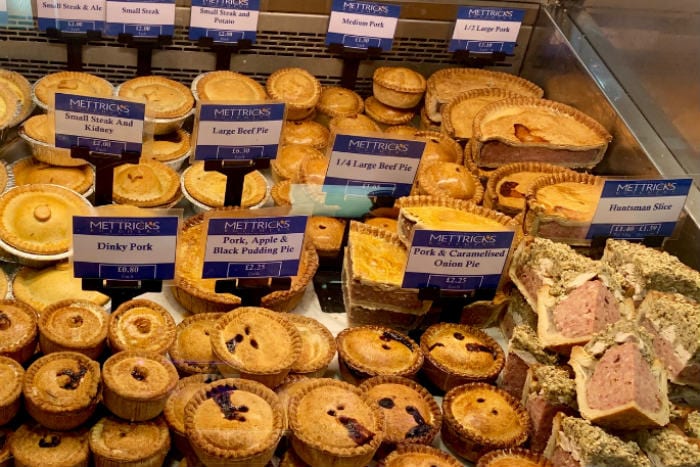 Back to pies, and John is delighted that the overall winner at the British Pie Awards was a curried sweet potato and butternut squash vegan pie, produced by Somerset butcher Jon Thorner’s Ltd.

“I was really glad the winner was a butcher,” he says. “I know Jon well. He produces some very nice stuff.

“And it just shows how inclusive us butchers are. We are not against veganism – we do produce some vegan products. I have vegan and vegetarian staff who work for me.”

Does John have any plans for a vegan pie or sausage roll himself?

“We’ve all seen how popular the Greggs vegan sausage roll is, but we don’t have plans for one ourselves just at the moment,” he says.

“We do try to cater for our vegan and vegetarian customers, but obviously the mainstay of our business is meat.

“But I’m just delighted that a butcher won with a vegan pie. It shows that we are adapting to what customers want. We don’t rule out making anything if the customer wants it.”