Under the plans, the city-region’s bus fleet will be 50% electric by 2027 and 100% electric within a decade, a move that would singlehandedly reduce carbon emissions by 1.1 million tonnes.

The Greater Manchester Ring and Ride fleet will also transition to zero emission technology by 2027.

Metrolink, the city region’s tram network, already runs on 100% renewable energy, and funding has recently been secured to the develop the next stage of plans for expanding the network.

Since Greater Manchester launched its ambitious active travel vision in June 2018, around £70 million worth of schemes have been completed or are under construction. 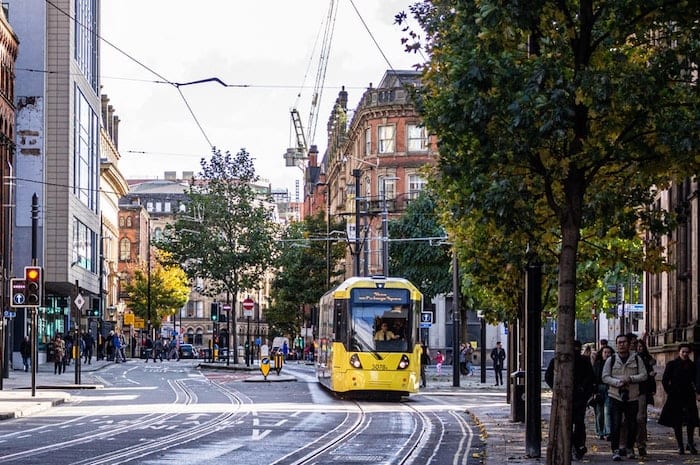 To encourage more walking trips, the city region has today published a report that shows strong evidence for zebra markings to be authorised for use on side roads to increase safety and the number of people walking to school, work and the shops.

The city-region is also introducing the UK’s largest Clean Air Zone outside of London covering almost 1,300km2and coming into effect in May 2022.

The first fleet of Greater Manchester’s Bee Network cycle hire bikes – which will be one of the largest hire schemes outside London – will also be launched later this month and will be carbon neutral.

Projects include upgraded high-quality bus routes between Wigan and Bolton, Bury and Oldham, Oldham and Ashton, Salford and MediaCityUK, and developing the next stage of plans for new Metrolink connections between Oldham, Rochdale, Heywood and Bury, Manchester and Stockport, including through the investigation of tram-train technology, and kickstarting the delivery of the Metrolink extension to Manchester Airport Terminal 2.

Further projects include developing priority rail station accessibility improvements at Swinton, Reddish North, Hindley, Flowery Fields, Bryn, Newton for Hyde and Levenshulme, improvements to 2,000 bus stops across Greater Manchester, and completing the delivery of up to 130km of cycling and walking routes. 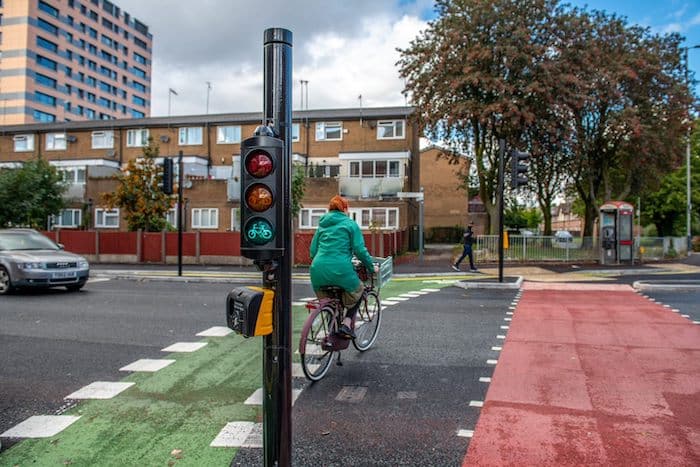 “Greater Manchester is already leading the way in transport decarbonisation through our light rail network, the largest in the country, that runs on 100% renewable energy,” said Mayor of Greater Manchester, Andy Burnham.

“Today we’re going one step further and setting out a new ambition to being the first UK city-region to deliver a carbon neutral transport network, including full electrification of our buses in the next decade.

“We’ve already started building the UK’s largest cycling and walking network, with £70 million worth of active travel schemes either completed or now under construction.

“This investment has helped enable thousands of people to change their daily lives; residents who’d previously not have considered walking or riding can now travel without cars for everyday trips in safety.

“The benefits of a carbon neutral transport network are huge – we’ll be boosting our health and improving air quality, and at the same time creating better places to live.

“We’re ahead of the curve on Metrolink, now we need to apply that carbon neutral aim to everything we do.”

Transport Commissioner, Chris Boardman, said that full electrication of our buses, continued delivery of the UK’s largest active travel network and the introduction of the largest clean air zone outside London will be “a massive boost” to Greater Manchester’s green credentials.

“This year is a game changer for Greater Manchester: the plan is becoming a reality.

“Our spend per head on active travel in Greater Manchester is currently around £18 per year – that’s almost at the levels enjoyed in Denmark and The Netherlands.

“I’m hugely proud of what we’ve delivered so far to make our city greener and healthier.

“Today’s commitment for a carbon neutral transport network is proof yet again of our unwavering dedication to a 10-year mission of making the city-region one of the best places in the world to travel on public transport, on foot and by bike.”

Ahead of the launch of the public trial of the Bee Network Cycle Hire Scheme, the Mayor and Transport Commissioner took a test ride on the new hire bikes – cycling from Fallowfield, through Chorlton and Hulme and up into Manchester city centre.

“This is a scheme designed for and with the communities of Greater Manchester and it’s been great to get out on one of the bikes today for a test run to see exactly how they work,” said Chris.

“The new hire cycles will play a key role in the integrated transport network we are establishing in Greater Manchester and will not only help to tackle carbon emissions, they will also help to reduce congestion.

“We’ve taken the time to look at exactly how the scheme should work and have invested in ensuring the bikes and infrastructure are high quality and there are the resources available to manage it effectively on a day-to-day basis, delivering a great level of customer service.”

The public trial of the bike scheme begins on 18th November, when people will be able to access bikes along Oxford Road in Manchester city centre, at the University of Salford and at MediaCityUK.

The trial and use of the bikes will be closely monitored and fed into the approach for the full scheme when it launches in June 2022.

The bikes are GPS tracked and will be monitored by a dedicated on-street team which will ensure they are safe and secure. They have been designed to be tamper proof and a stolen bike alert system has been agreed with GMP – meaning they can be easily spotted.​

Transport for Greater Manchester (TfGM) has also this year announced projects to make streets safer at primary schools, as well as a community bike library grants scheme – where people can borrow a bicycle for free, like a book.

TfGM is also running a project with more than twenty community groups to increase cycling and walking levels among under-represented groups as well as cycle parking and business grants schemes to help organisations and businesses provide parking and changing facilities.

Cycling rates throughout the city-region are up 20% on average compared with pre-COVID levels.

Greater Manchester has expanded its publicly-owned electric vehicle charging network by 15%, combining with private sector networks to make around 360 publicly available EV chargers with approximately 700 connectors across the city-region.

Access to charging infrastructure is one of the critical barriers for residents and businesses to adopting EVs, however the recently approved Electric Vehicle Charging Infrastructure Strategy sets out a clear expansion plan to accelerate the roll out of charging points across the city-region. 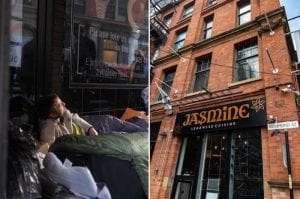 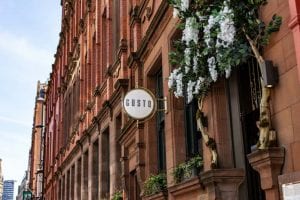 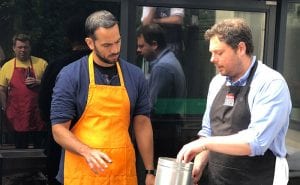