'People here deserve a transport network where you can seamlessly travel across our city-region on buses, trams and trains - without spending a fortune each time'
Share
Tweet
Share
Chat

In advance of the first meeting of the Mayor’s new Bee Network Delivery Board, he has unveiled a raft of measures to improve Greater Manchester’s transport system, making it more integrated, affordable and easier to use.

The Mayor’s announcements include plans for immediate discussions with government to seek support for powers and funding to accelerate bus franchising so that all parts of Greater Manchester have better buses, integrated with Metrolink by May 2024 – a year earlier than originally planned.

Plans also include delivering 95 new Electric Vehicle charging points by the end of this year, with plans for a further 200 charging points next year, in partnership with government.

There’s a pledge to complete 100km of cycling and walking routes by the end of the year, and a new Greater Manchester Bike Hire scheme to launch in November this year, with the preferred delivery partner unveiled in June.

And plans to open negotiations with Network Rail to agree a plans to make all rail stations in the city-region accessible by 2025, or to give Greater Manchester the funding and power to do it.

The Mayor has signed his Declaration of Acceptance which formally signifies the start of his new term as @MayorofGM pic.twitter.com/SEWWodO0td

“Across the world, the most successful city-regions have one thing in common – an affordable, integrated and accessible transport network,” said Mr Burnham.

“People in Greater Manchester have made clear that they won’t settle for second best any longer – that is why on day one of my second term as Mayor I’m vowing to accelerate the delivery of a world-class transport network for our city-region and its people.

“It is absolutely critical to our future economic and social prosperity.

“People here deserve a transport network where you can seamlessly travel across our city-region on buses, trams and trains – without spending a fortune each time.

“We will deliver this alongside hundreds of new Electric Vehicle charging points, a bike hire scheme and world-class cycling and walking corridors which will make everyday trips to school, to work and to the shops safe, easy and fun.

“This will benefit our people and our planet as we step up our plans for carbon neutrality.” 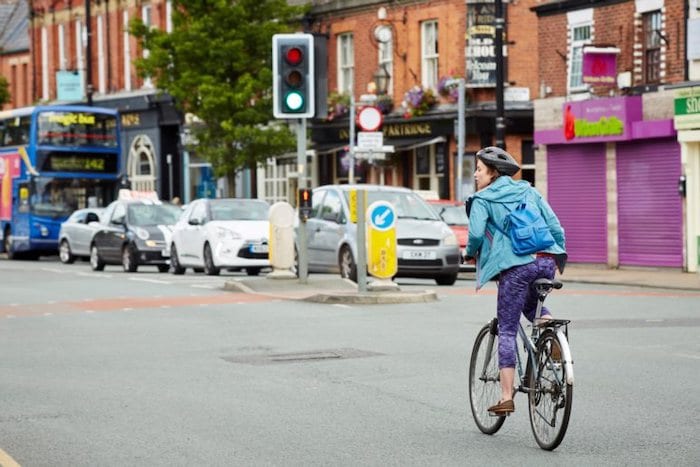 The Mayor has also written to Rochdale Council to offer his support for the creation of a new partnership to drive the regeneration of Middleton Town Centre, and is asking TfGM to accelerate the development of a business case to bring Metrolink to Middleton.

The Mayor’s plans, endorsed by Co-Operatives UK, will build on the borough’s co-operative heritage, as well as Middleton’s proud industrial past, supporting local people to work together to revitalise their area through new investment, businesses and housing.

The new partnership will be tasked with preparing a masterplan for the town centre, including funding proposals to bring Metrolink to Middleton.

This follows the highly successful Stockport Mayoral Development Corporation (MDC), which is on track to deliver 1,000 new homes in the town centre by 2023.

A single bus journey in London costs £1.55, while a single tube journey over a distance of around two miles costs £2.40. There is also a daily cap of £7.40 for travel across bus and tube journeys for Zones 1 and 2.

The Bee Network is the new name for Greater Manchester’s entire transport network, inspired by the name used for the city-region’s cycling and walking network.

The Mayor will chair the inaugural meeting of the Network’s delivery board on the first day of his second term (Monday 10th May).