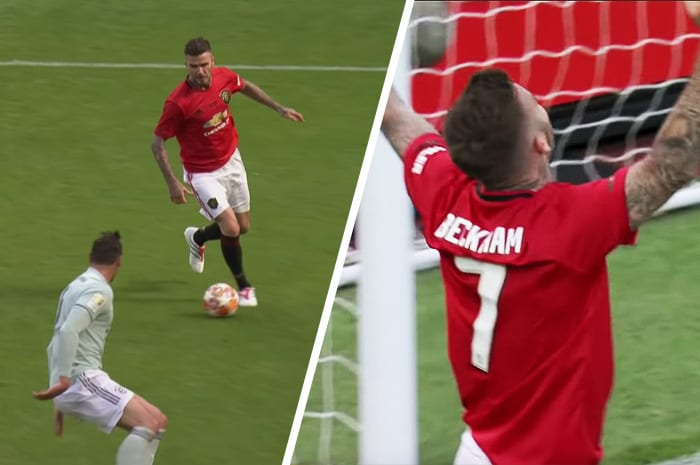 Judging by the turnout and smiles surrounding the Treble reunion charity match on Sunday, the United PR machine does occasionally still get things right.

Speaking to an insider from within the club, ticket sales suddenly shot through the roof once David Beckham was confirmed to be taking part.

It’s a pretty obvious conclusion to make as no one quite draws a crowd like Becks. It’s clear the club went all out to get the number seven on his back once again.

It’s easy to bring the fun back to Old Trafford. Just take your pick from the past. The problem is clearly in the present, however, and rests on how to rid this club of its current ills. 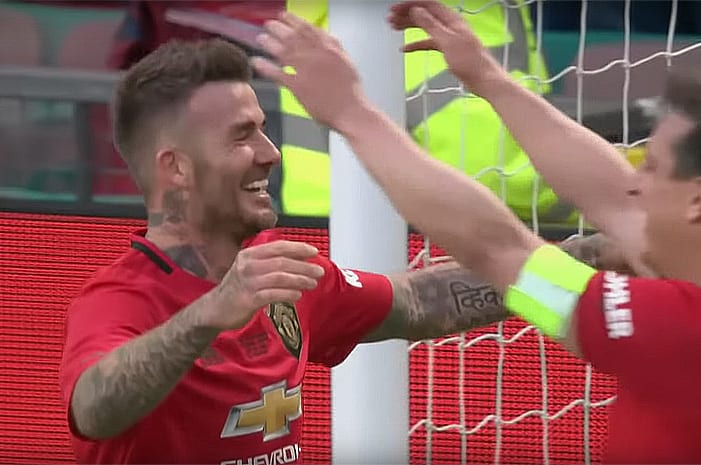 And looking around at the old legends – like Beckham and Scholes – on the pitch on Sunday, the answer is clear. Youth.

The problem for United is the talent that’s coming through from the youth team doesn’t quite promise the same excitement as the class of 92. Of course, that’s unfair to compare any youth players with a crop that only comes around once in a lifetime.

But the systematic neglect of the club under the current ownership doesn’t just extend to the first team and the stadium. The current set up is way below the standard of City and Chelsea.

That’s enough of the complaints. I’m tired of talking about the owners and the endemic problems at the top of the club.

Let’s focus on what can be done this summer to get the team somewhere close to where they need to be next season.

Reports this week suggest that United are set to secure the services of Daniel James from Swansea. The 21-year-old Welsh international has just finished an impressive season for the Swans in the Championship and looks ready to make the step up.

While many are lamenting this as a second rate signing for United, it’s exactly what the club needs. First and foremost, United need players that want to play for the club and that can bring a positive atmosphere to what appears to be a very poor dressing room.

They also need pace out wide. Too much of United’s play for the last few years has been through the middle. Alexis Sanchez treading water on the left clearly hasn’t worked, Anthony Martial seems to be suffering from a crisis of confidence and we have no real wingers.

A bit of youth and pace is just what the team needs.  As for the step up? If he’s good enough, he’ll show it. The recruitment team have to decide if that’s the case.

Whilst United fans may welcome the links with the likes of Matthijs de Ligt, the Dutchman appears far too savvy to sign for a club in United’s current state, especially with Barcelona also in the offing. Signing de Ligt appears far too remote.

We can’t offer Champions League football and we’re a mess. Hungry players with something to prove at this level are about where we’re at. James looks like he fits the bill.

Injecting some youth into the right back berth also looks like a good shout as Ashely Young continues to creak into his last few years before retirement. Is Diogo Dalot good enough? I’m a fan of the young Portuguese but his form towards the back of the season was nothing short of disastrous. He’ll need a significant turnaround.

The other thing this United team needs is the right blend of experience. Looking at the Treble team there was some serious seasoned campaigners with a bit of the fear factor about them.

Getting someone in that mould will be a little more difficult. United have tried buying experience in the last few years, which really hasn’t worked. Sanchez is the prime example, but there’s also Nemanja Matic. You can also put Paul Pogba and Romelu Lukaku into this bracket too.

There needs to be a little fear in the dressing room. That if performances aren’t up to standard there will be players in there that will let everyone know about it. It doesn’t feel like that really exists at the club anymore.

Get a couple of good signings in that mould and things could begin to look very different. According to reports, the rebuilding is well under way by Ole and his team. Targets have been named and the club is doing all they can to secure them.

The manager showed on the pitch on Sunday he’s still as shrewd as ever in front of goal.

Hopefully he’ll show some of that killer instinct in his first transfer window at the club. Fingers crossed.