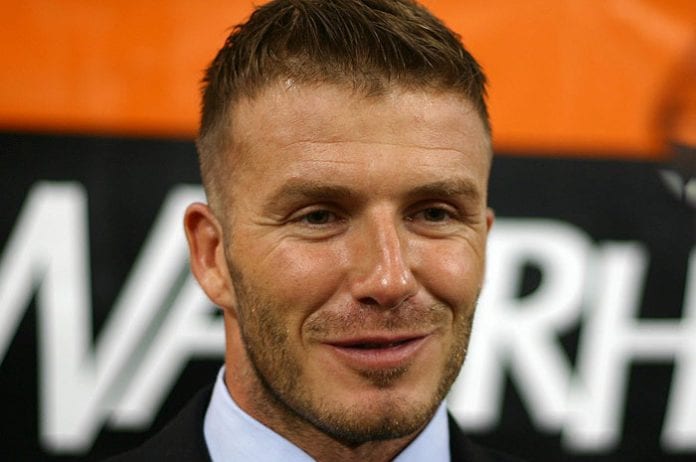 Salford City have made their greatest ever signing.

The Class of 92 are now majority shareholders with a 60% stake in the club, with Singapore businessman Peter Lim owning the remaining 40%.

When his former United colleagues first bought shares in the club in 2014, Beckham was unable to join them because of commitments in North America.

Salford were then in the Northern Premier League Division One North. But following three successive promotions, they are currently third in the Vanarama National League and on course for promotion to the Football League for the first time.

The club was the subject of two series of a BBC documentary following the takeover in 2014.

“It’s a proud moment for me to join Peter Lim and the Class of 92 lads as an owner of Salford City,” said Beckham.

Salford City are delighted to announce that David Beckham has acquired shares in the club, subject to FA approval.#WeAreSalford 🦁🔴 pic.twitter.com/yA4ypdIPo5

“My early years in Manchester were spent in Salford – I grew up there in many ways so to be able to finally join the lads today is a great feeling. Salford City has achieved so much success in a short space of time, the fans are incredible and I’m really excited to be spending more time in Salford again.”

A spokesperson for The Class of 92 said: “Now the time is right and its another exciting chapter in Salford City’s history. It is important to emphasise that nothing will change in the day-to-day operations but to have us all together was always the vision.”