United’s first leg loss against Barcelona on Wednesday night was a difficult one to take.

The start was extremely disappointing. Ole Gunnar Solskjaer’s team gave the Catalans far too much respect. The way they lined up and the fear on the ball showed just what United believed they were up against.

It was no surprise they conceded during this period.

But once they grew into the game it showed that there would be chances against this team. Unfortunately they weren’t able to take them. If Diogo Dalot had got his header right at the far post then things could have been very different.

In a game of such fine margins, you can’t afford to waste chances like that.

And that’s what this game felt like, a lost chance. Some parts of United’s game were good. Scott McTominay again put in a fantastic performance and did really well against Barca’s strong midfield, and Lionel Messi when he dropped deep.

Fred had a good second half, doing well in winning the ball back and knocking it around. If Marcus Rashford could have controlled Fred’s defence splitting pass better he could have been in on goal.

Again another “what if” moment. 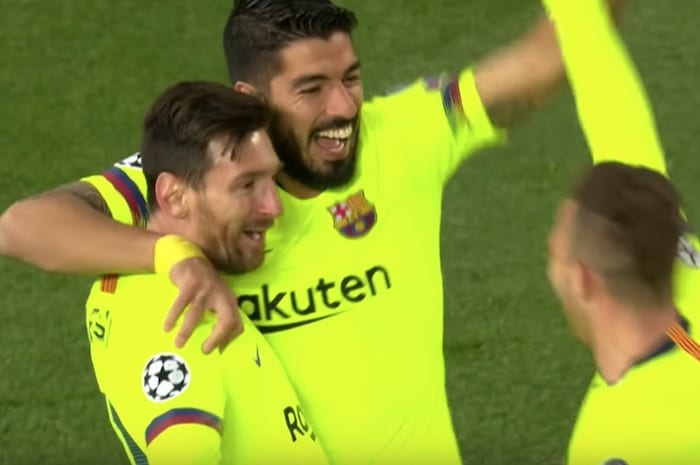 What didn’t help the midfield was the performance of Paul Pogba. Again the Frenchman was anonymous and struggled to make an impact on the top stage for United. Just like the first leg against PSG.

These are the games you need your top players to perform. Fred and McTominay did the dirty work and gave Pogba the platform to influence the game. Instead he was hiding.

He continues to be linked with a move to Real Madrid and it seems Zinedine Zidane has got into his head. United should cash in on their best asset. If this is how he performs when it really matters, why is he needed at the club?

All eyes will be on him in Barcelona on Tuesday night. He needs a big performance to convince a lot of United fans otherwise.

We all know Ole’s history in that particular stadium. He needs to do something to really influence this tie just like he did on that famous night twenty years ago. And in my opinion it isn’t setting his team up with fear.

I know the first leg is always tight but United needed to play much more on the front foot. The defensive system he selected seemed to cause confusion and didn’t benefit United at all going forward.

Dalot is full of potential, but his real strength is attacking down the right flank. It’s his defensive game that needs the work, which made it weird to see him defending down the left. It didn’t work.

It also meant that Ashley Young was always United’s spare man – again much like the home leg against PSG. His distribution was poor and his crossing particularly awful.

Ole mentioned the threat that United can cause Barca from crosses in the second leg. He needs to set his team up much better to actually make this a reality. And if he gets his team selection right, United are still in with a chance. It may be a tall order, but it’s not over.

After the game Pogba said that he feels this Barca team are beatable, but United have to be ruthless in front of goal. With Romelu Lukaku struggling in the home leg, it looks like this duty will fall on Marcus Rashford.

We know he can do it, but he’ll need to improve on Wednesday night’s showing.

So, my advice to Ole. Stick some pace up front by starting with Rashford and Anthony Martial. Press high and harry through the likes of Jesse Lingard and try and impose ourselves on the game more. That’s where the hope should lie.

Let’s see if United can come from behind again.