This is Womanchester: ways to celebrate International Women’s Day in Manchester 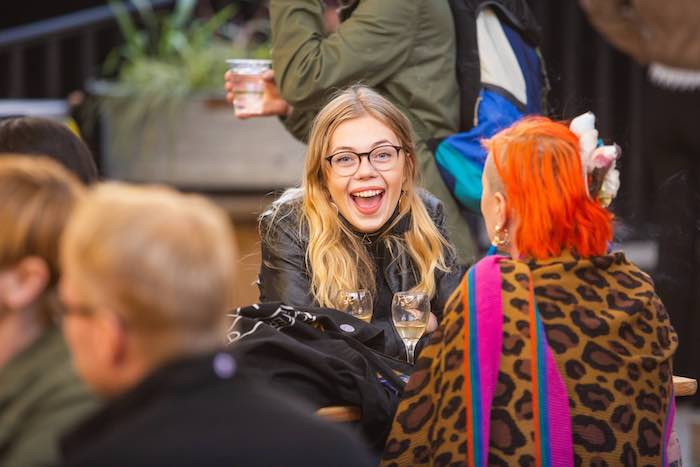 Manchester is the home of strong women. The upcoming International Women’s Day this Thursday 8 March – the annual occasion dedicated to commemorating the movement for women’s rights – is all the more reason to celebrate.

After all, the fight for female rights was forged for many here in Manchester – not only the city’s radical past contributing towards greater political power in the form of the Representation of the People Act 1918 (with the centenary marked this year), but here the Suffragette movement was also founded.

In October 1903, the first meeting of the Women’s Social and Political Union (WSPU) was held at 62 Nelson Street – not too far from what is now The University of Manchester – then home to the political activist Emmeline Pankhurst. Now it is the base of the Pankhurst Centre, a museum you can still visit today. A statue of Emmeline is due to be unveiled in the city centre later this year.

Suffragette activity emerged out of The WSPU – with marching rallies through the city centre and public speeches from the Pankhurst family.

Specific Manchester buildings have their share of women’s history here, too. For example, the Free Trade Hall is not only the place where Emmeline’s daughter Christabel and friend Annie Kenney interrupted a Liberal Party conference by demanding greater rights for women and were arrested, but the first public meeting on the issue of women’s rights was held here even earlier in 1868; itself led by a woman – Lydia Becker.

And the history of strong women here has continued, from politicians to musicians to so many more. No wonder there is plenty going on in the city to celebrate International Women’s Day. And then, of course, this weekend marks the occasion to celebrate the ultimate woman in all our lives – Mum’s the word – it’s Mother’s Day on Sunday 11th.

Observed since the early 1900s, the campaign theme this year is #BalanceforBetter with rallies, exhibitions, screenings, panels and parties planned across the globe.

The event has particular resonance in Manchester where suffragette Emmeline Pankhurst was born and later rallied the troops from her home on Nelson Street. So, it’s no surprise there will be plenty of ways to mark the occasion.

From a fashion show and all-female DJ nights to an informative tour and inspiring debates, here are just a few of the ways to get involved in the coming days.

Disco divas at The Refuge

Following the success of last year’s homage to women’s greatest achievements in the music industry, The Refuge is hosting Suffragette City – The Sequel on 9th March.

The event is co-curated by Manchester Digital Music Archive co-founder Abigail Ward and will showcase established and emerging female DJs.

The Refuge Public Bar plays host to Love Is The Message from 2pm until 1am with free entry; while The Refuge Basement hosts Move Ya Body from 10pm until 4am. The admission will be a minimum donation of £2 to support Women’s Aid.

Hatch will be celebrating International Women’s Day with a special all female line-up on 8th March. Resident monthly open mic night curator Izzie Walsh will be performing alongside a selection of Manchester-based female leads including Toria Wooff and local singer-songwriter Chloe Jones.

There’ll be also be an IWD tap takeover in Ol using breweries with all female brewing teams for the whole weekend and Takk will be showcasing coffee roasted by female roasters.

It’s all free and taking place in the Courtyard on 8th March.

Offers and art at Afflecks 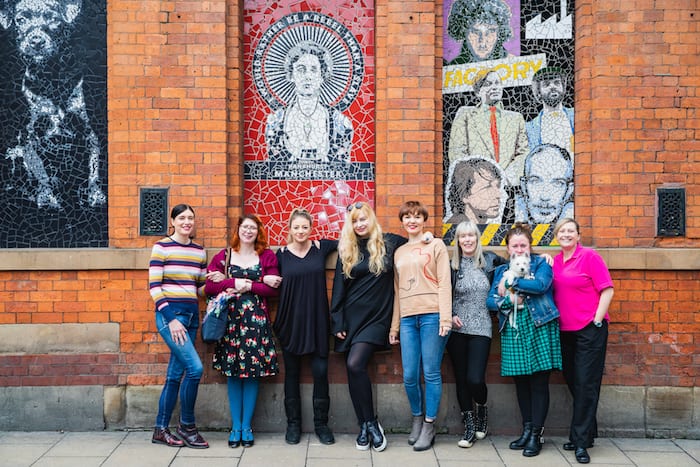 This independent shopping institution is a symbol of eclectic and alternative culture, frequented by everyone from local teenagers to Lady Gaga. Founded by Elaine Walsh in 1982, Afflecks continues to be a space largely run by women.

Special offers include 20% off all art by female artists on IWD at Egoist Gallery and the chance to win an A3 signed print of Emily Pankhurst by Stanley Chow; 10% off all day for anyone mentioning IWD at American Graffiti; 10% off all female artists at Northern Quarter Gallery; and 10% off (quote IWD) at The Bead Shop and all services at Ruby Soho’s Make-Up Lounge.

There’s also the chance to win your own Womanchester artwork. Pheonix Phusion, the artist who created the wonderful Womanchester signs sold at Northern Quarter Gallery, will create a personalised piece of art for one lucky winner featuring their own inspiring female quote or name. 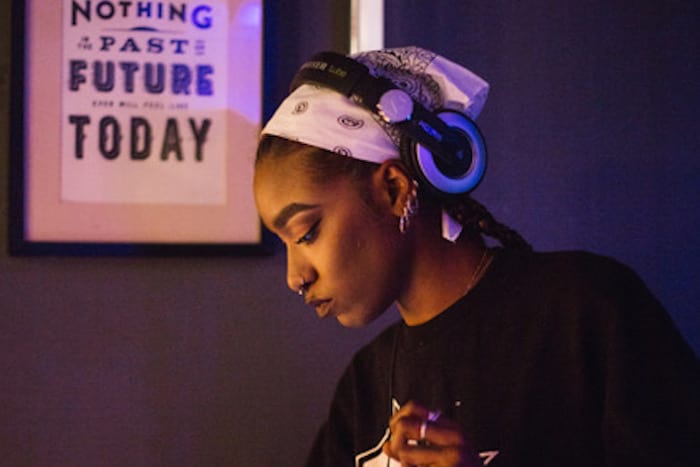 The collaboration between sister venues Gorilla and the Deaf Institute known as SHEPWR is back on 8th March starting from 4pm until the early hours.

There will be live music from female musicians at Gorilla; a Q&A with inspirational women from in and around Manchester hosted by DJ and Presenter Hattie Pearson and an all-female Makers Market showcasing female artists and their work.

Over at the Deaf Institute, there will be screen printing workshops and all-female music line-up throughout the venue. The £5 ticket gives you access to both venues, with all profits going to Manchester Action on Street Health.

Fashion and feminism at French Connection

Tickets cost £10 and include a welcome drink, goodie bag and a 20 per cent discount on purchases, which is apt as Elle’s fashion features editor and picture team assistant will be talking about expressing creativity through fashion and the females who create images to inspire.

Finding the laughs at Frog and Bucket 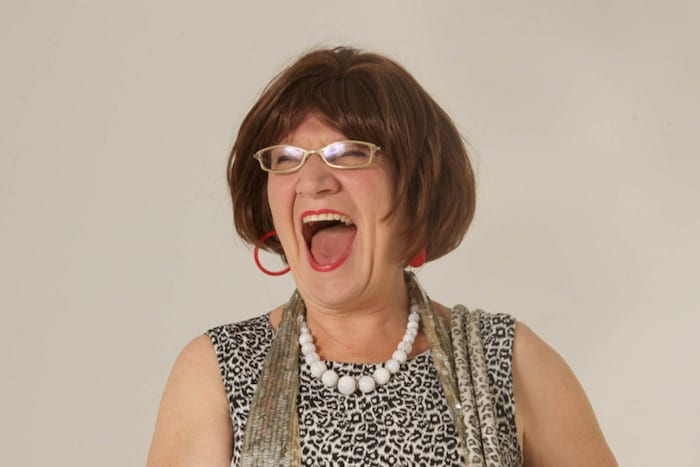 The Frog and Bucket’s Barrel of Laughs show takes place every Friday and Saturday night, but on March 8th it will be an all-female line-up to celebrate International Women’s Day.

Doors to the cabaret style club will open at 6.45pm, so guests can grab a drink before the show starts around 8pm. MC Lou Conran will present Sally Anne Hayward, Dana Alexander and Barbara Nice, and reserved tickets cost from £15.

Debate to motivate in Albert Square 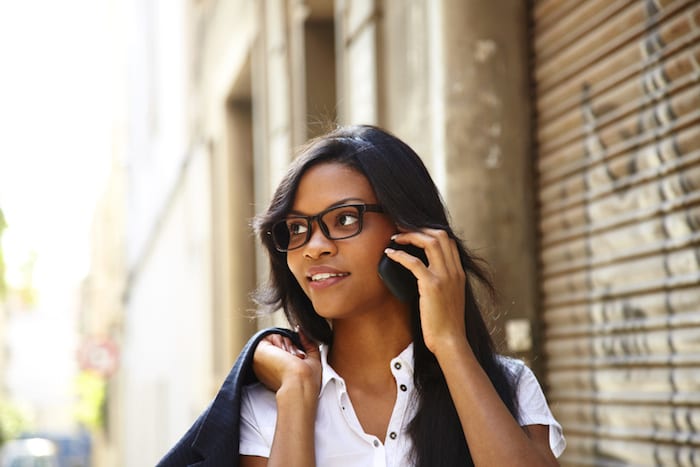 A free event hosted by Barclays Eagle Labs and Sopra Steria is taking place from 11.30am to 3pm on 8th March in Albert Square.

Following refreshments, there will be debates led by speakers including Marc Timmerman on the way forward for Balance for Better in the workplace and Professor Carole Atkinson on the challenges of working through menopause.

Afterwards, there’s a chance to dissect, discuss and continue the debate over a glass of bubbles.

The party panel at The Daisy

The Luxe Collective’s fashion designer Caroline Matthews and Think Like A Boss entrepreneur Maggie Colette are hosting a one-off event at The Daisy on Tib Street on 8th March from 6pm to 9pm.

Priced from £12.50, the evening includes music, a cocktail, fashion from Matthews’ ss2019 collection, and a panel discussion. Guests will leave with a swag bag worth £100 too. 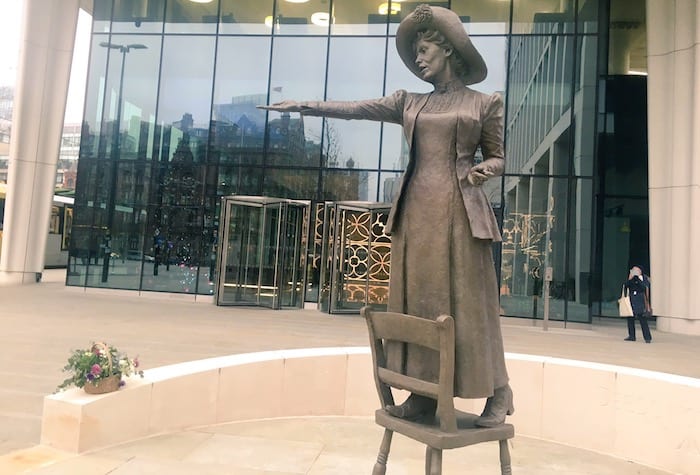 Find out more about Moss Side’s Emmeline Pankhurst on a tour dedicated to the leading suffragette.

The walk starts at 2.30pm on 8th March from the Emmeline Pankhurst statue in St Peter’s Square and retraces her steps including a visit to the Pankhursts’ shop with background insights along the way.

Or there’s the Formidable Women of Manchester tour celebrating famous authors, activists and playwrights, which begins on the same day outside the Midland Hotel on Peter Street at 5.30pm. Tickets for each walk cost £10.50.

Stories to inspire and make a difference 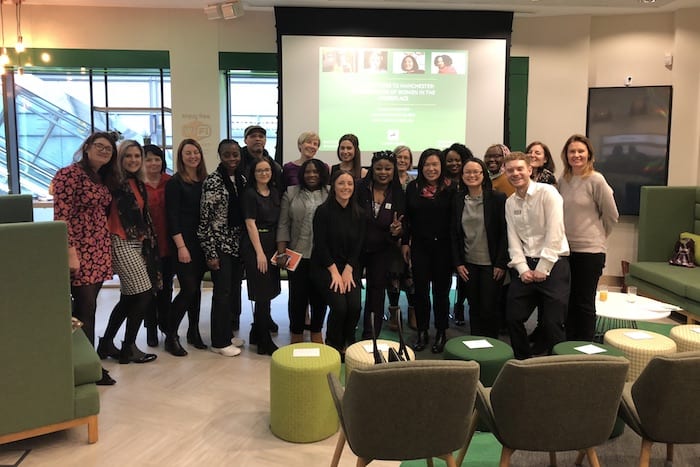 Lloyds Bank on Market Street regularly hosts discussions and events to make a difference to people living and working in the city.

To mark International Women’s Day, Carol Ann Whitehead is compering a Meet the Author session on 8th March with Gulnaz Brennan, the founder of She Inspires, to discuss her new book 100 Women, 100 Stories.

There will also be a panel of women who appear within its pages to share their stories and take questions from the audience.

Birds on a Wire does Women’s Day at ABC

The Birds are back at the Alphabet Brewing Company for International Women’s Day showcasing some of the finest and feistiest women in music – Hands Off Gretel, Cold Water Swimmers, Kiziah & the Kings and Dollie Demi plus talks and spoken word artists.

Ticket are on sale Friday for £7 in aid of The Pankhurst Trust, which brings together Manchester Women’s Aid and the Pankhurst Centre. They work together to challenge gender inequality and ensure that those suffering from domestic violence get the confidential help they need.