The brewery was founded in 2014 by McAvoy brothers, Guy, Keith, Luke, Daniel, Nathan, Kit, and Greg, inspired by their dad’s home-brewing in their cellar at home.

The ‘7 Series’ of special craft beers, which will be launched throughout the year, have been designed and created by each of the seven brothers to celebrate seven years in business together.

To make the celebration series extra special, the brewery has also collaborated with local artist Alexandra Francis to design the artwork for the cans, visually telling the story of each brother and their beer.

Kicking off the series is brother number six, Kit. 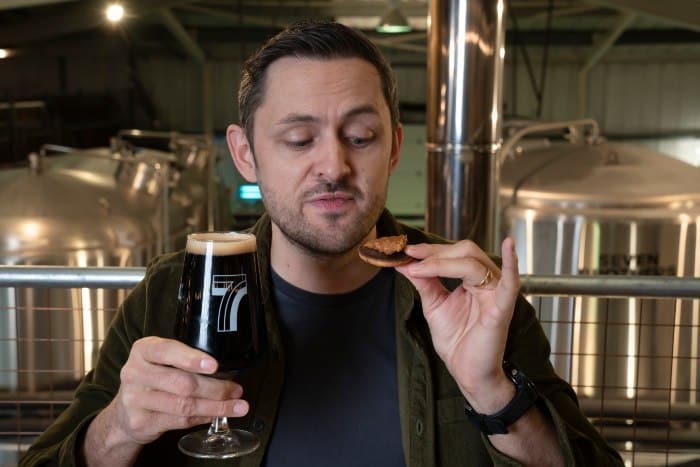 Collaborating with the brewing team, Kit has crafted a 7% nuttily sweet stout inspired by his favourite childhood snack – peanut butter on a Jaffa Cake.

“The idea came from a snack I created for myself as a child,” says Kit.

“I loved peanut butter and I loved Jaffa Cakes and one day – like kids do – I thought, why not try them together?

“I can safely say it is still one of my favourite snacks to this day, and something I am constantly introducing people too.

“Have you ever had peanut butter on a Jaffa Cake? All I can say is, thank me later!”

Though the beer is rich in peanut flavour, it actually contains no nuts, so is suitable for beer drinkers with peanut allergies. 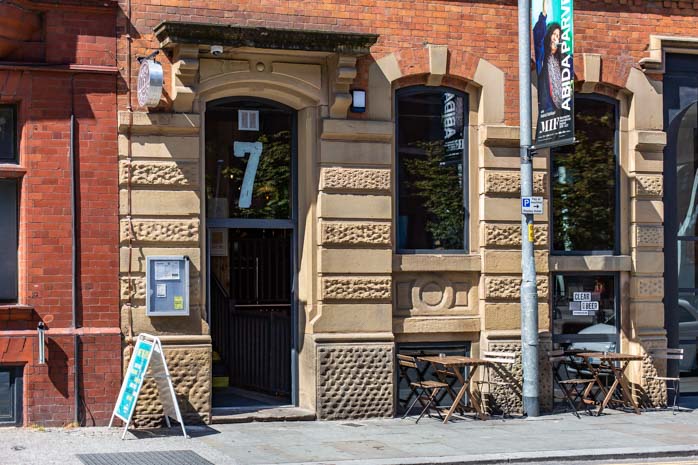 In 2016, the brothers opened their first beer house in Ancoats. They now have a newly refurbished, onsite taproom at the brewery in Salford and a beer house at Middlewood Locks.

This year, they will be opening a partnership bar in Manchester Airport’s new terminal two, as part of a lucrative 10-year deal, as well as beer house sites in MediaCityUK, Leeds and Liverpool.

“This year we celebrate seven years in business, which is a special birthday for us,” says Kit.

“We wanted to commemorate the anniversary with a series that celebrates our family and seven years of hard work – seven years, seven beers, seven unique ideas.

“It has been really fun taking well-known beers and flavours back to the drawing board and getting inventive with the brewing team.

“We are enormously proud of the last seven years and we hope people join us in celebrating this landmark.”

The peanut butter on a Jaffa Cake beer is available in a 440ml can is £5 from sevenbro7hers.com/seven-brothers-shop.