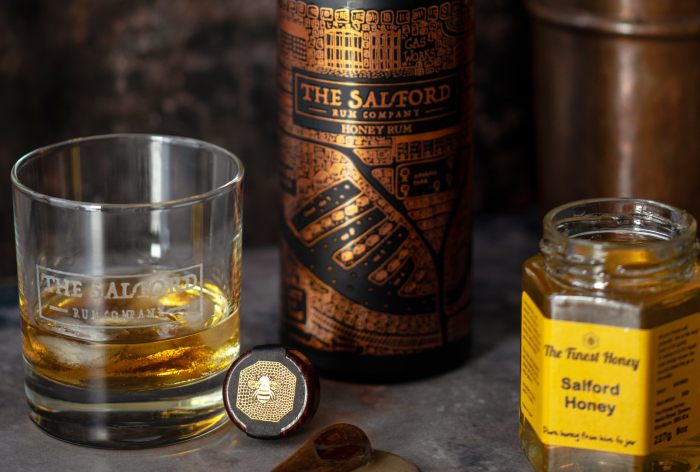 The Salford Rum Company was created in 2018 when rugby-league-playing high school friends James Harrison and Tommy Gaughan set out to make a local premium rum that would rival the luxury gin products on the market.

Their premium spiced rums are created as a passionate celebration of the history, heritage and people of Salford Docks throughout the late 1800s and early 1900s.

An era whereby the city’s Salford Docks grew to be the third largest port in the UK, the spirits take inspiration from the rums, fruits and spices from the Caribbean which were landing on British shores for the first time.

Distilled and bottled in the shadows of the old Salford Docks, the Honey Rum has been created as a tribute to Salford’s dock workers of old, known locally as the worker bees.

It’s been created in partnership with Manchester-based The Finest Honey, a beekeeper collective that sells surplus honey and sources honey from rescue bees. 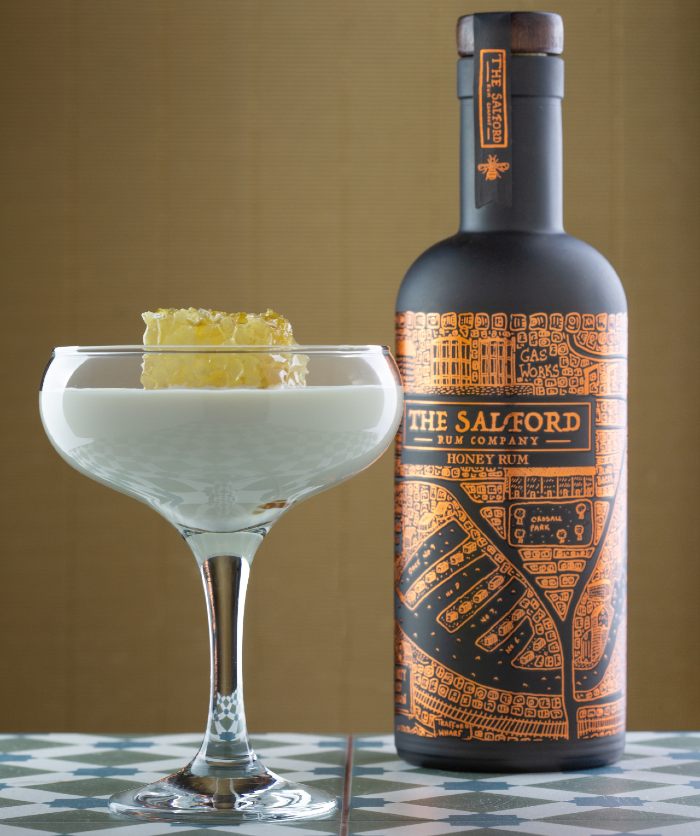 The floral honey sweetness, coupled with the deep intensity of Salford Rum’s golden spiced liquid, creates a well-balanced flavour with honeycomb, caramel and butterscotch http://affectivebrain.com/?attachment_id=5776 notes on the palate.

And with its black and rose-gold foil print and honeycomb motif designed by local artist, Dave Draws, the bottle also features the worker bee – a symbol of Manchester and Salford workers – on the seal and cap.

“To coin a local phrase, we are absolutely “buzzing” to launch the Honey Rum to our product portfolio,” said Salford Rum co-founder James Harrison.

“This third expression has been a long time coming and we have taken time to ensure it hits the right note with the UK’s growing number of spiced and premium rum drinkers.

“It’s great to partner with The Finest Honey, too – it’s a fantastic organisation that sells surplus honey from a range of regional producers, and the link-up is testimony to how we work in Manchester and Salford – collaboratively and for the greater good.

“Our products have developed a cult following regionally and are starting to gain a following nationally, too.

“We look forward to seeing how much our fans love the new Honey Rum, and how they use it creatively to make amazing cocktails and incredible creations at home.”