It’s been declared one of the best in Europe – and indeed the world.

And now comes news that popular pizza restaurant Rudy’s is hoping to venture into Cheshire for its latest opening.

Rudy’s, which launched in Ancoats and has another Manchester branch on Peter Street next to Albert’s Schloss, has expanded in recent years with sites in Liverpool, Leeds, Birmingham and Sale. 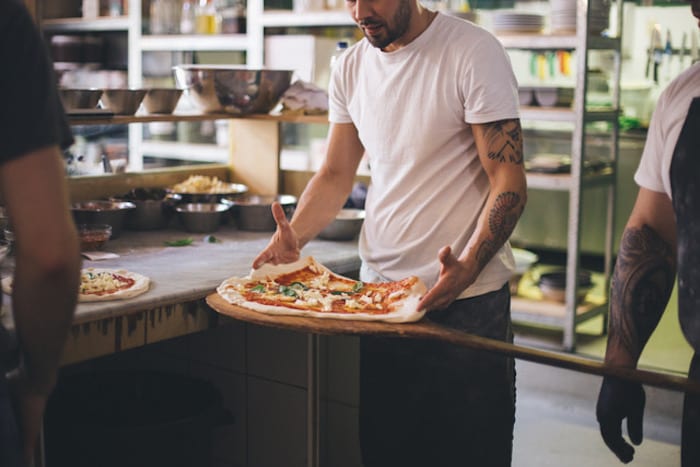 According to the Warrington Guardian, planning documents reveal that the seventh Rudy’s will be opening in the former Barclays unit in Church Farm Shopping Precinct, Walton Road – though plans are not yet confirmed.

Proposals show that the new restaurant, if it goes ahead, could seat around 50 people and include a downstairs kitchen.

The original Ancoats restaurant launched on Cutting Room Square in 2015 by Jim Morgan and Kate Wilson, who followed the traditions of pizza from its birthplace of Naples. 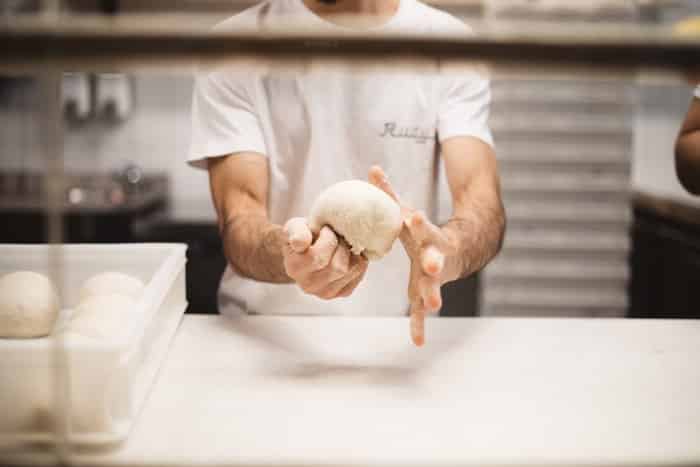 Rudy’s dough is made fresh daily using Caputo ‘00’ flour which has been left to ferment for at least 24 hours, alongside ingredients imported from Naples including San Marzano tomatoes grown on fields next to Mount Vesuvius, and fior di latte mozzarella.

Their 14-inch pizzas are cooked for just 60 seconds in the wood-fired oven, resulting in a light, chewy, base.

All priced between around £5 and £10, pizzas are available either ‘white’ or with tomato sauce. 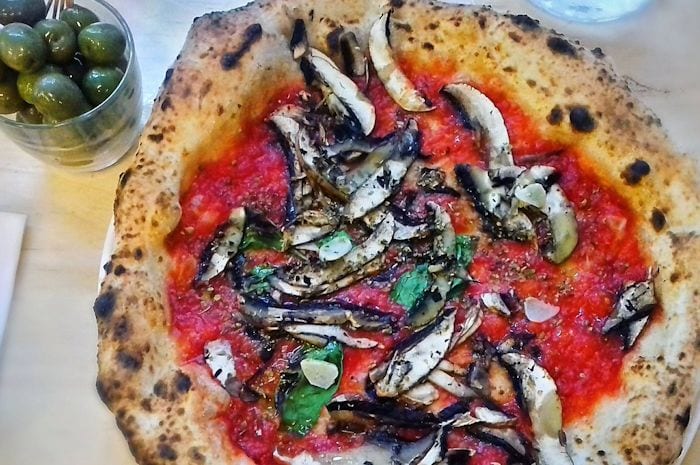 During lockdown, Rudy’s, which is backed by Manchester’s Mission Mars hospitality group, has impressed with its cook at home pizza kits.

The pizzas, priced from £6.90, are blast chilled then vacuum packed, with options including Calabrese with San Marzano tomatoes, parmesan, basil, fior di latte and spicy nduja sausage, and a vegetarian option with Portobello mushrooms. 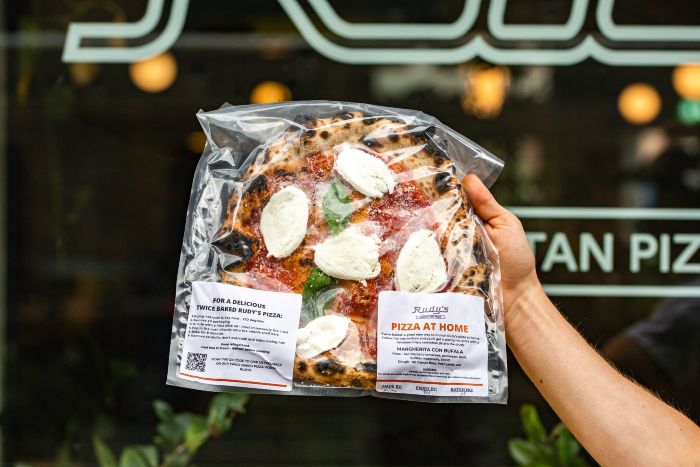 Also available for delivery, their Calabrese was recently named one of the most ordered items of food delivered in Manchester by Deliveroo in 2020.

This award celebrated the restaurants who have adapted their business model, menus and offering to provide a takeaway and/or delivery service during lockdown.