What’s Manchester’s Michelin star burger like? We tried one to find out

When Manchester’s only Michelin star restaurant announced it was launching a takeout burger, we knew it was going to be something special
Share
Tweet
Share
Chat

In May, Copenhagen’s Noma, named the best restaurant in the world and holding two Michelin stars, reopened as an outdoor food and wine bar, replacing its 20-course meals costing £300 with £20 burgers.

In July, Heston Blumenthal joined the list of fine dining chefs turning to takeaway, with the announcement that his two Michelin-star Dinner in London would for the first time take food orders for collection.

And when Manchester’s only Michelin star restaurant, Mana, announced it was launching new takeout burger offering, we knew it was going to be something special.

Priced at £16, Mana’s cheese burger is the product of “days testing different beef cut ratios, cheese slice thicknesses and woods to smoke the patties, just to name a few,” says the restaurant.

The result is every bit as luxurious as you’d imagine.

Numbers are limited to 100 burgers per day, Wednesday to Saturday. Via Tock-to-go you can book a time up to three hours in advance of collection, assuming you can get a slot – it’s already proving hugely popular.

Pre-payment is required to minimise contact, and you just tell the Ancoats restaurant what you would like and then come and pick it up at the time you specify between 12pm and 4pm.

And as a token of appreciation, all NHS staff will be entitled to one free burger per order on every Wednesday, you will just need to bring your NHS ID with you on collection. 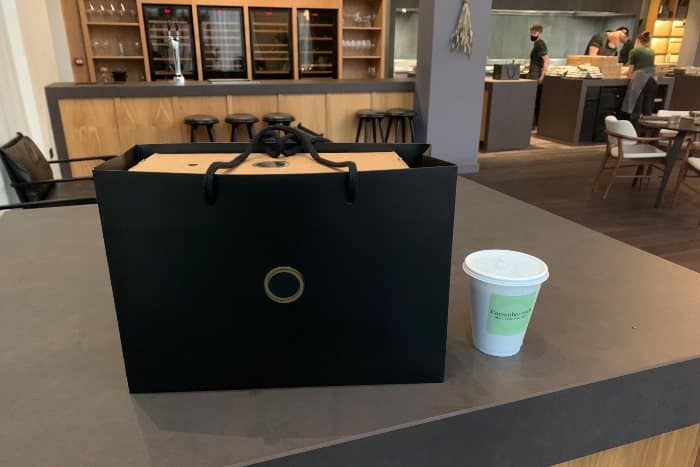 There’s also a selection of drinks available, all £5 for 330ml, including lime, raw sugar, mint, and cucumber soda; sorrel and matcha iced tea; and fermented Banks’ tomato and oregano soda.

Orders are prepared and cooked in anticipation of your arrival time, with everything done on the day from mincing the beef to setting the cheese and baking the buns.

On arrival, you wait outside the restaurant and sanitise your hands ready to collect your burger, which is presented in a bag resembling designer shopping more than a takeaway.

Inside the bag is what looks like a cardboard shoebox. 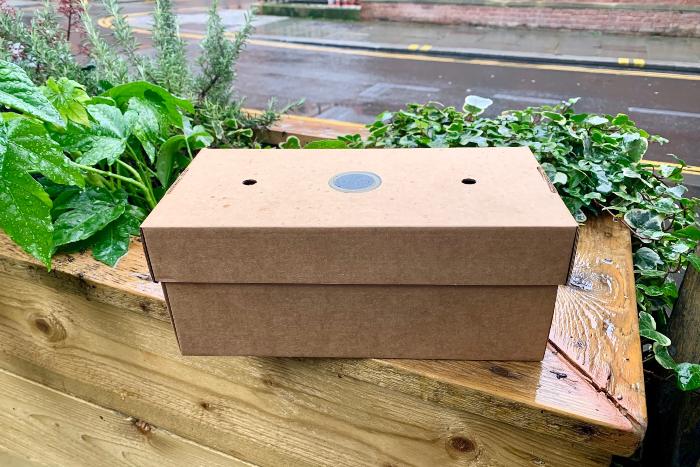 And inside that, the burger itself, wrapped in dark paper with a gold seal.

It’s pretty obvious at this point that this isn’t just another everyday take on an American style burger.

Served pink and gorgeously juicy, it’s probably the best beef patty you ever had. 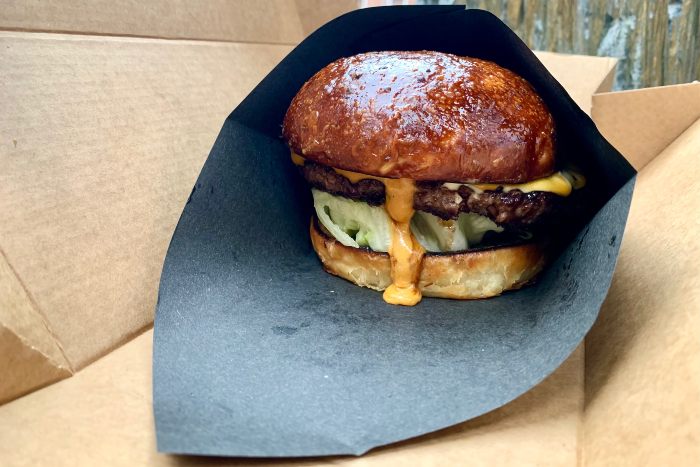 The potato, brown butter and milk bun is dark and glossy, and also holds together well given this is a surprisingly messy to eat burger. In a good way.

The gooey American-style cheese is made with St Andrew’s Cheddar and local Cloudwater beer, and other fillings include smoked egg yolk, koji and dill mayonnaise, iceberg, and green onion paste.

Lettuce sometimes seems an unnecessary addition with burgers, often warm and limp and begging to be pulled to one side and discarded, but it absolutely deserves its place here. 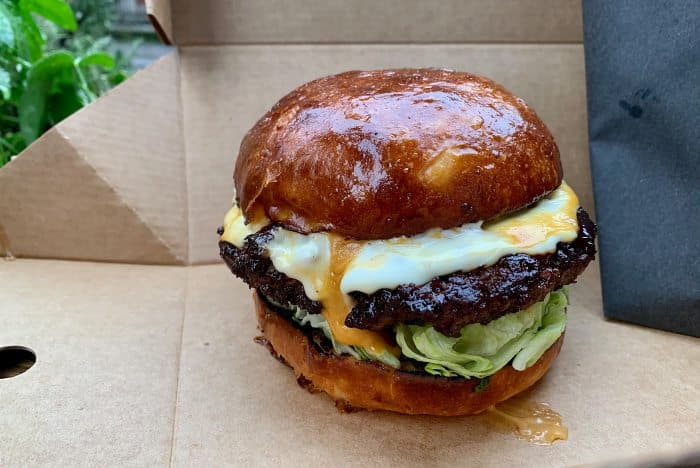 And that mayonnaise is simply spectacular, partly thanks to koji, an ingredient that has been used for centuries in Japan to make soy sauce, sake and miso.

Here, it adds a savoury depth and sweetness at the same time, making each juicy mouthful beautifully balanced.

You can order here.