Neapolitan, Detroit, New York or Chicago style - these new pizza joints offer something for everyone - on National Pizza Day or any day
Share
Tweet
Share
Chat

It’s no secret that Manchester is home to some of the best pizza in the country – even the world.

But if you’re after trying something a bit different from the usual suspects, try one of these new openings.

Whether you’re into Neapolitan, Detroit, New York or Chicago style, there’s a pizza for every occasion – on National Pizza Day or any day. 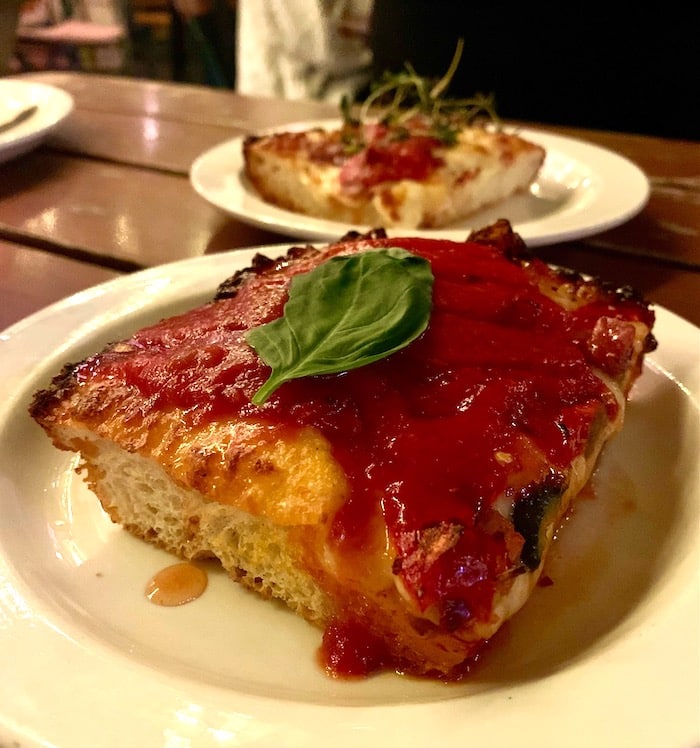 This Swan Street venue in Ancoats, voted newcomer of the year at the Manchester Food and Drink Festival Awards 2021, specialises in Detroit-style pizza – a rectangular pizza with a thick crust and air bubbled focaccia base.

As well as margherita, mushroom and pepperoni options, you’ll also find options like the Jabba with Detroit sauce, salami, ‘nduja, hot honey, sweet peppers, jalapenos and cheese – also available as a vegan option – plus a high-end take on retro ham and pineapple with pancetta and thyme.

Alongside pizzas, you’ll find a collection of margaritas plus other inventive dishes like truffle tots, Detroit hot wings and ultra cheesy garlic bread. 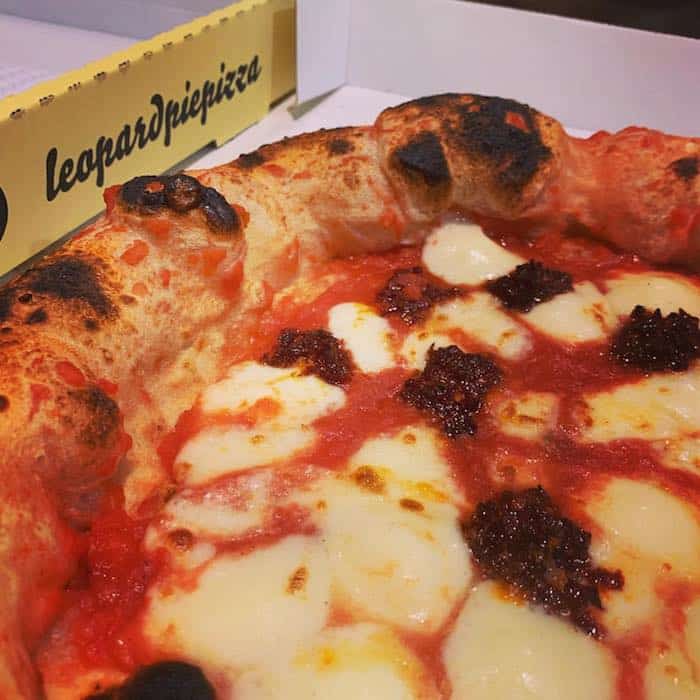 Newly opened in Worsley – currently only for takeaway, but a restaurant complete with a “pizza cave” is on the way – Leopard Pie takes its name from the leopard-like charred pattern that you find on the raised edge (the ‘cornicione’) of pizza baked in wood fired ovens.

At Leopard Pie, it’s all about pizza canotto, which looks like a traditional Neapolitan pizza, except that the crust is larger and puffier – and perfect for dipping.

As well as the traditional marinara and margherita, you’ll also find specials such as the ‘nduja pie with fior di latte mozzarella, ‘nduja (spicy sausage meat that melts into the cheese in the flames), chilli flakes and basil, or our favourite so far, the portobello pie with mozzarella, wood oven roasted portobello mushrooms, Italian roasted ham and garlic oil. 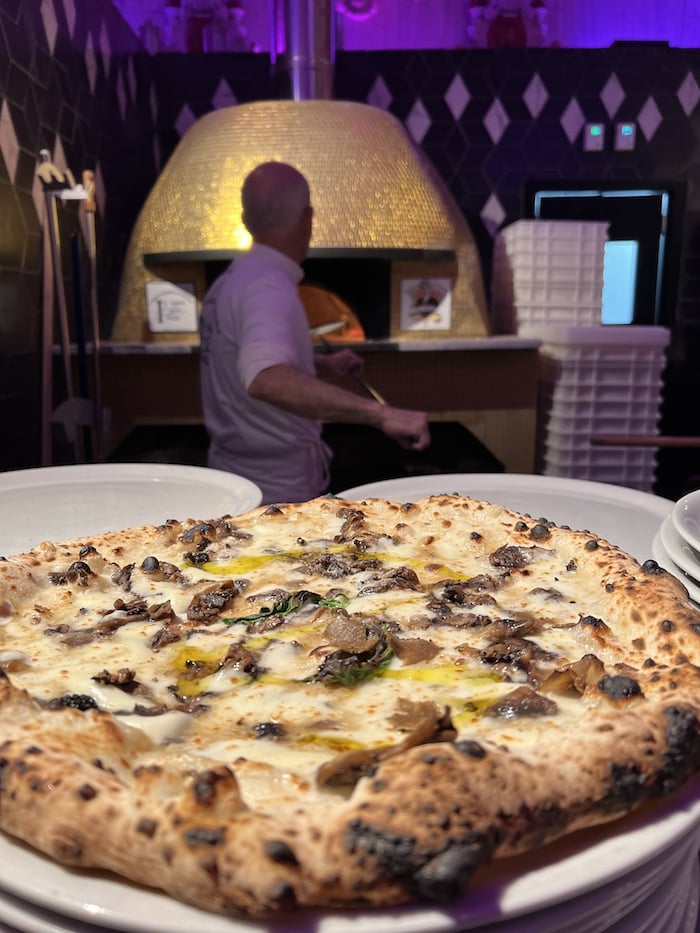 Touted as ‘the best pizza in the world’, L’Antica Pizzeria Da Michele opened just before Christmas on King Street.

The 14 Neapolitan style pizza options on the menu include the traditional marinana and margherita, but also fried pizza, famous in Naples, filled with pressed pork, salami Napoli and mixed cheeses, and a truffle mushroom pizza with white truffle cream and shaved black truffle which was a champion at the London Pizza Festival.

Cooked quickly in the glitzy gold pizza oven, the pizzas are exceptional, from the light, chewy charred base to the blend of tomato tanginess and pools of of milky, molten fior di latte mozzarella. 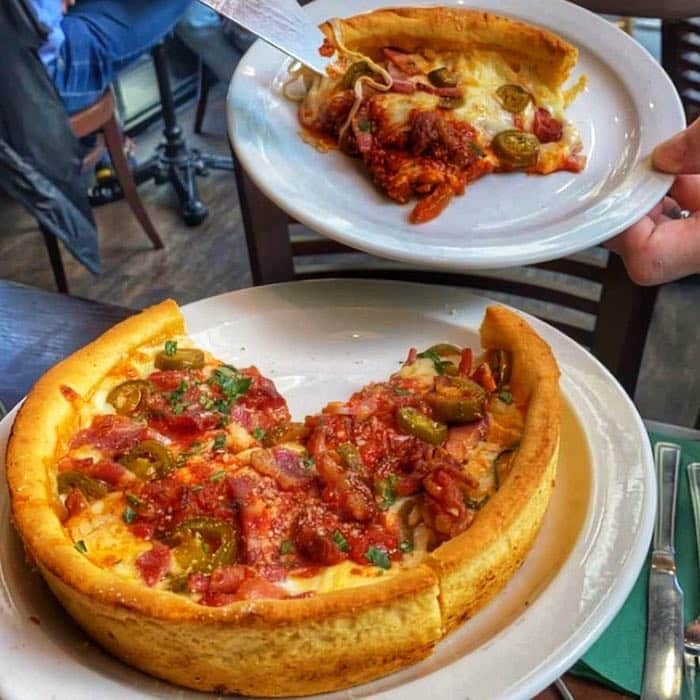 The pizzas are made with a trademark parmesan butter crust, stuffed with frankly obscene amounts of mozzarella and topped with a chunky marinara sauce.

Toppings include everything from classic pepperoni (with or without jalapenos) and spicy fennel sausage with hot honey to fried chicken with buffalo hot sauce, nduja and goats cheese, or fried aubergine parm pie. 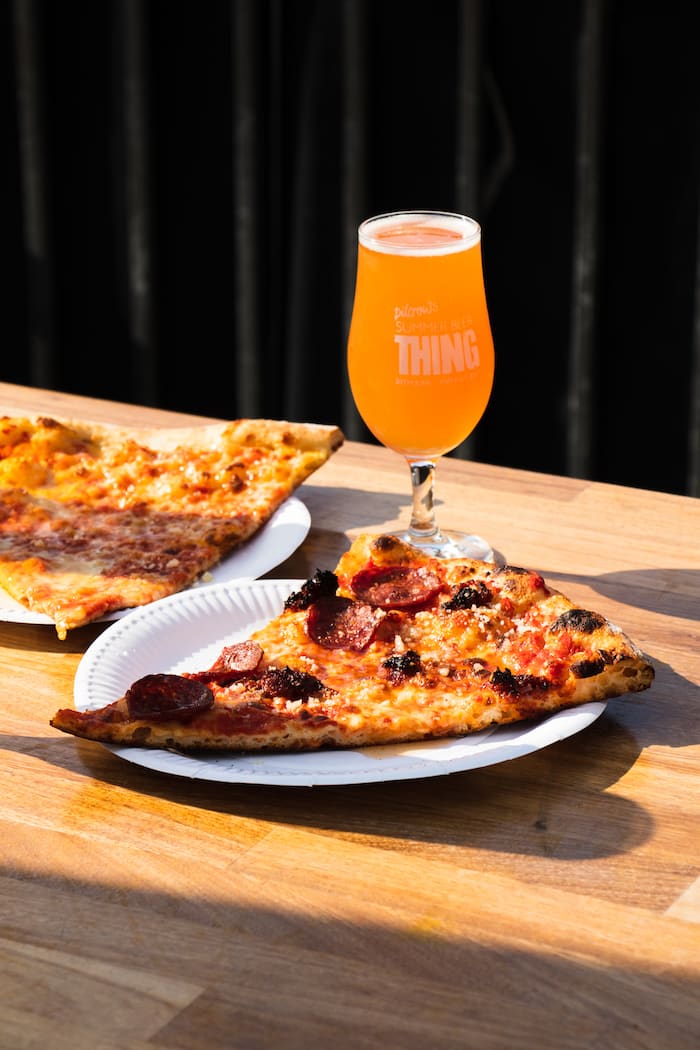 Nell’s, the home of the now famous 22” pies and slices, opened in the corner site at the new city centre garden neighbourhood, Kampus before Christmas.

Serving up their best selling Original Cheese, Do You ‘Roni Honey? & Vegan Deluxe, Nell’s at Kampus features a restaurant where you can make bookings for groups of all sizes, a bar and a standalone ‘Slice Bar’ where you can pop in for a quick slice all day and late into the evening.

Sundays are all about bottomless slices, bottomless drinks and DJs at their ‘Sunday Pizza Social’. 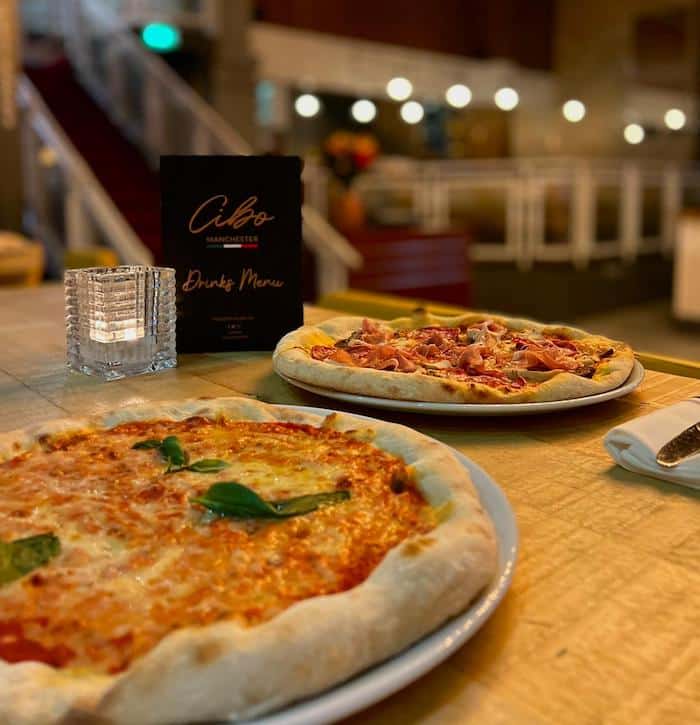 Since opening in early 2018, Cibo has become the go-to place for authentic Italian food in the city centre – and now they’ve opened a new restaurant in the Great Northern building on Deansgate.

Pizza options include classic margherita and prosciutto e funghi as well as a spicy Diavola (with salami, red onion and chilli) and a Rustica topped with artichokes and courgette.

There’s also calzone, a folded pizza stuffed with tomato, mozzarella, salami, ham and mushroom – and all pizzas are buy one get one half price for the rest of this week, too.