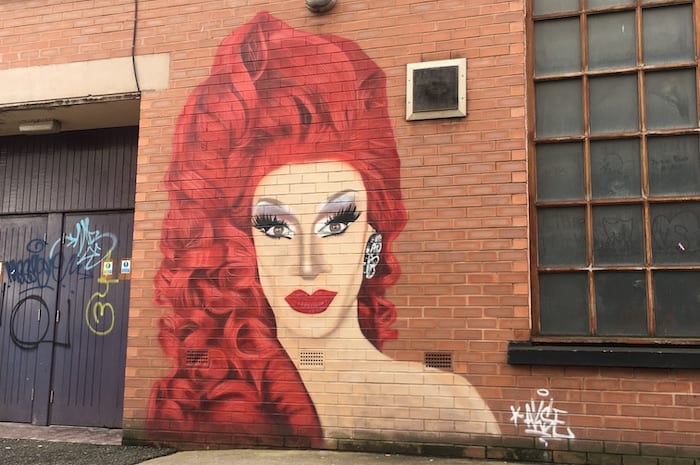 A huge new mural of Manchester drag queen Divina De Campo has popped up in Manchester’s Village ahead of her appearance on RuPaul’s Drag Race UK which starts next week.

The hit American show is finally crossing the pond for a UK series and will feature 10 stunning queens, all hand-picked by RuPaul herself.

The winner will be crowned ‘The Next Drag Superstar’ at the end of the 8-part series.

The new mural has been painted by acclaimed Paris-born, Manchester street artist Akse_P19 who is well known around the city for his hyper-realistic large scale murals of pop culture icons. 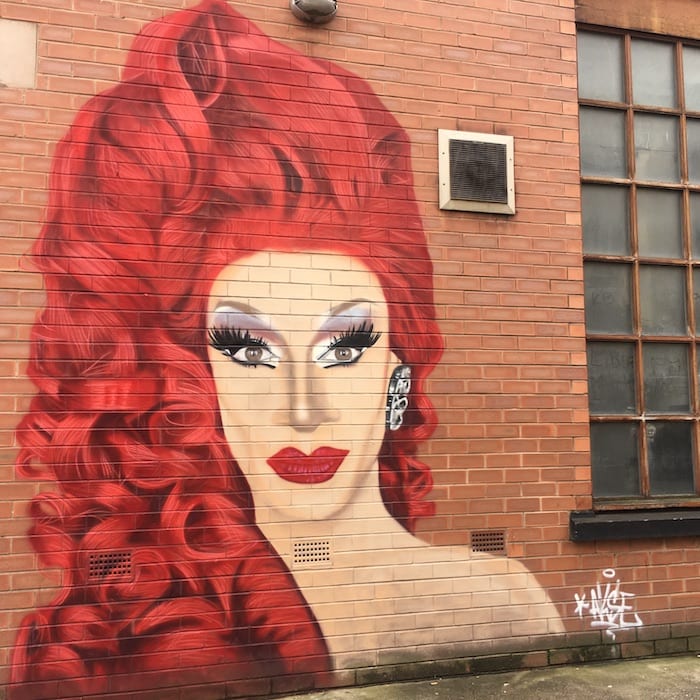 Located on Richmond Street behind G-A-Y, it’s a welcome addition to Manchester’s Gay Village which features several pieces of street art already but is lacking compared to other parts of the city such as Ancoats and the Northern Quarter.

Organised by Divina’s husband and owner of Kiki nightclub Paul Yarwood and close friend Keegan Flowers, the piece has been arranged to say “good luck” to Divina ahead of the show’s kick-off next week.

“This mural is a great way to commemorate this moment in gay history and adds to the colour and vibrancy of the Village.

“It shows the amazing skill and talent of this artist. Her hair alone would be a daunting challenge”.

As the piece was nearing completion last night, G-A-Y owner Jeremy Joseph shared a picture online and joked: “As you know, artists have riders. RuPaul’s Drag Race UK Queens are no different.