Manchester’s pubs are ready for the next thousand years 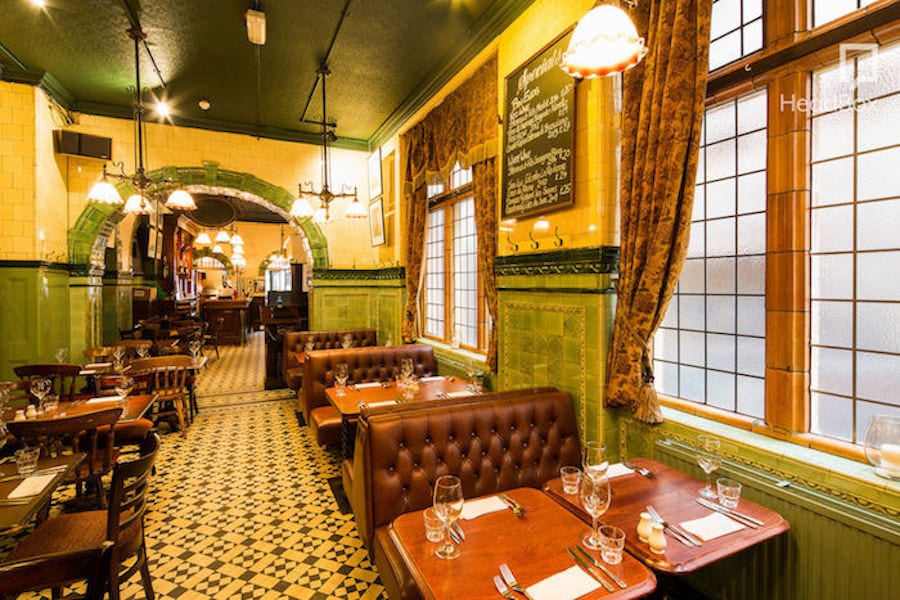 Back in 1973, Chris Hutt, former chairman of the Campaign for Real Ale, wrote the seminal book The Death of the English Pub.

Given the thousands of pubs – town centre taverns, suburban boozers and country inns – that have closed their doors in the 44 years since then, you could be forgiven for thinking that Hutt was something of a prophet of doom.

But the truth is, despite the cull that has undoubtedly taken place, rumours of the traditional pub’s demise have proved to be far too premature.

A pub crawl round Manchester city centre or a rail ale-trail via Metrolink to Altrincham, Bury or Didsbury, for instance, will demonstrate that the best pubs remain in rude health in the 21st Century.

Hutt’s cri-de-coeur apparently stemmed from his student days in Norwich, a city crammed with pubs, only one of which sold cask ale.

Those were the days when the big brewing companies were less concerned about the quality of the beer in your mug than with taking over smaller breweries for their pub estates, closing them down and substituting local ale with ghastly keg – ‘chemic’ my dad used to call it — manufactured on an industrial scale.

Watney’s Red Barrel anyone? Would a Double Diamond work wonders for you, sir? Something to eat? What about a curled up Mothers Pride ’n’ marge sarnie or a week-old growler?

The keg crisis came and went when the CAMRA bandwagon started rolling big time and a rattled industry started producing real ales again. But the troubles besetting traditional pubs have not completely disappeared. And they have been numerous. Take your pick –

In July 2009, the BBC reported that 52 pubs a week were closing. In 2014 The Guardian put the figure at 31 a week. By 2016, according to The Independent, it was 27. Later that same year, the industry journal, The Morning Advertiser, reported that at 21 closures a week, the figure was dramatically down.

It could be said that the figures have plummeted because the number of surviving pubs is now much smaller. But that takes no account of the changes in the industry which, by any yardstick, have been profound.

If the game was really up for the traditional English pub, how do you account for the massive success of Wetherspoons, an ever-growing chain that on a Friday buy authentic accutane online styles itself Britain’s biggest fish and chip shop?

Then there has been the astonishing explosion of what we used to call micro-breweries producing local craft ales. And the ‘taps’ that dispense them to an ever-growing legion of enthusiasts.

To the above list of reasons for pub closures should be added bad management and lousy food.

In fact the emergence of the gastro-pub was hugely significant in not only rescuing the pubs themselves but also in many ways reviving the credibility of traditional British cooking based on fine regional produce.

I’m lucky. Within a short walk from where I live there’s the Hesketh Tavern, one of Doug Almond’s five bustling pub restaurants, Robinson’s hugely popular 19th Century Church Inn with its excellent menu and the Chiverton Tap, a craft ale bar in a former draper’s shop that’s been so successful they’ve opened another one called the Mounting Stone in Bramhall.

The key is that they are all very well run.

In the city centre look at the success of the traditional Chop Houses. It’s pretty much forgotten now that before Steve Pilling rescued Mr Thomas’s, it was largely moribund and might well have closed.

Sam’s was on the brink after Scottish and Newcastle took it over, knew nothing of its history, didn’t run it properly and wanted to sell the building until Steve and former advertising man Roger Ward stepped in at the last minute.

Look at them now. The formula was such a winner that it’s been repeated on an even bigger stage at the Albert Square Chop House. Roger brought this historic building back to life after the Square Albert pub had been closed for a decade.

The Bay Horse Tavern, reborn in its beautiful Grade II listed Georgian building in the Northern Quarter, is another prime example of astute investment and proper emphasis, as co-owner Ross Mackenzie puts it, on “a great meal and a great pint.”

And Manchester Brewer Joseph Holt’s £480,000 refurbishment of the run-down Broadway  – now the Fairway Inn New Moston – with cask ales, selected wines, a new gin and rum bar and a tip-top menu, is a real asset to the community it serves.

In West Didsbury, the Metropolitan is a major destination pub.

Blingy bars will come and go according to the latest fads, but with with investment, knowledgeable hands-on management, well-kept beers and good food, traditional pubs will thrive as they have done for most of the last thousand years.