Manchester stands together to remember the Arena attack, two years on

Manchester had endured the terror of the wartime Blitz and the devastation caused by the IRA bombers in 1996. But the city’s darkest hour came two years ago when 22 lives were mercilessly blown away in the foyer of the Manchester Arena.

It was a despicable, murderous act targeting, primarily, young girls whose “crime” had been to enjoy themselves at Ariana Grande’s long-awaited and much anticipated concert, which drew an audience from far and wide.

The second anniversary of this monstrous atrocity, which shocked the world but prompted an astonishing response of love, sympathy and solidarity, is being marked at a special civic memorial service at St Ann’s Church.

Unlike last year, when the first anniversary was marked with a series of high profile events, in consultation with families it was agreed that this year’s anniversary would be more intimate.

Although it was recognised that many more people would have wanted to attend, it was agreed with the families that the service would be a personal and private event for those who lost loved ones, those who were injured and representatives of those who were first to respond.

The whole city, however, will resonate as before to the sound of bells ringing out from buildings across the centre including the town hall, cathedral and St Ann’s Church at the exact moment Salman Abedi’s suicide bomb exploded at 10,31pm two years ago.

“Those who were killed and their loved ones, as well as all those left physically or mentally injured, have a place in our hearts not just on the 22 May but every day.”

The memorial service comes just a few days after Lisa Roussos, mother of the attack’s youngest victim, Saffie-Rose, took part in the Great Manchester Run. Mrs Roussos was so badly injured that she was unaware of her eight-year-old daughter’s death until she woke from a coma six weeks after the bombing.

She was joined by 20 friends, family and medical staff who helped her to walk again through the course on Sunday, all to raise money for their charity to support victims of terrorism, 22MCR.

The Arena attack killed not only killed 22 people but also injured more than 800 and prompted at least another 3,000 to seek help and support.

After every event, Aaron had his finisher’s medal engraved with the name of a victim and gave it to the family as a special keepsake. 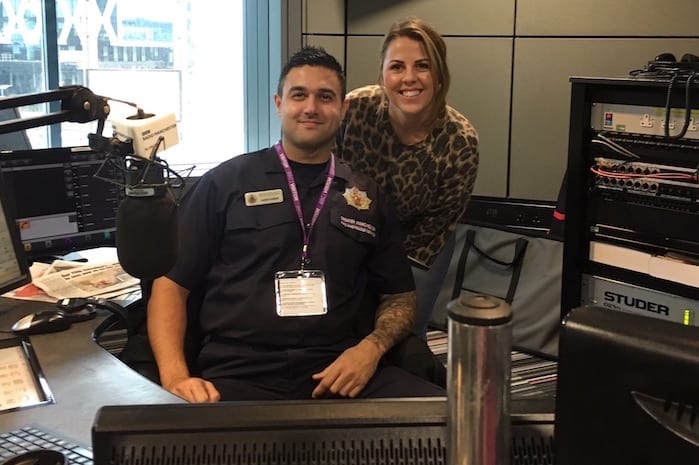 The response of people in Manchester and around the world, refusing to Look Back in Anger, saw donations to the We Love MCR Emergency Fund reach a staggering £21.6 million.

When, earlier this year, the fund called for an end to donations, Figen Murray from Stockport, whose son Martyn Hett was killed in the bombing, said: “The generosity of the public in Manchester, the UK and around the world is another testimony that terrorism cannot destroy the human spirit.”

Figen recently took her campaign for “Martyn’s Law” – making the use of metal detectors and bag searches at major public venues a legal obligation – on to ITV’s This Morning. Her petition needs 100,000 signatures in order to secure a Parliamentary debate.

Meanwhile, progress towards creating a permanent memorial for the victims of the Arena attack has taken a significant step forward. 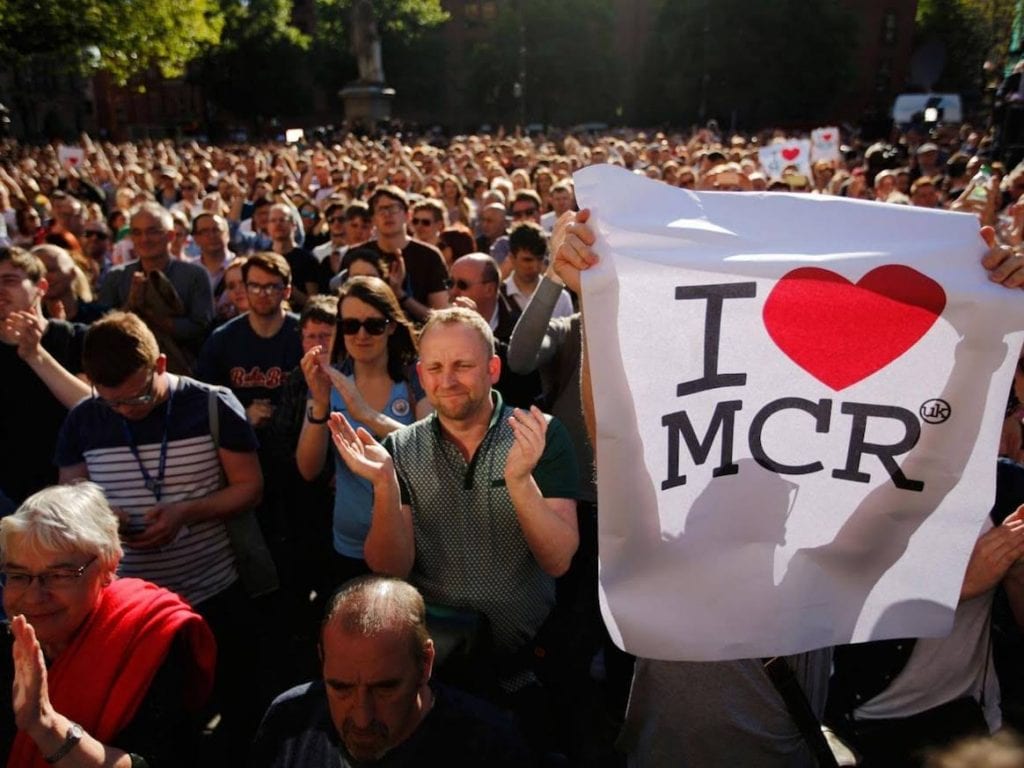 A search to find designers for the project was launched on 17th May through a tender process inviting suitably qualified design and creative teams to set out their approach. The creative brief requires the memorial to:

The principles emerged following conversations with the bereaved families, people who were injured and the general public. 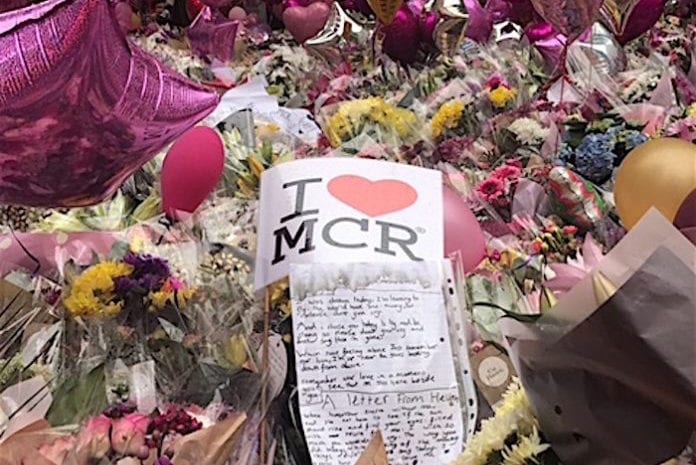 The location for the memorial will be between Manchester Cathedral and Chetham’s School of Music at the foot of Fennel Street, close to the Arena and within the city’s Mediaeval Quarter, which is undergoing regeneration to create a new park along the River Irwell.

Malcolm Press, chair of the Manchester Memorial Advisory Group, said: “The views of the families who have lost loved ones have been, and will continue to be, right at the heart of our work. 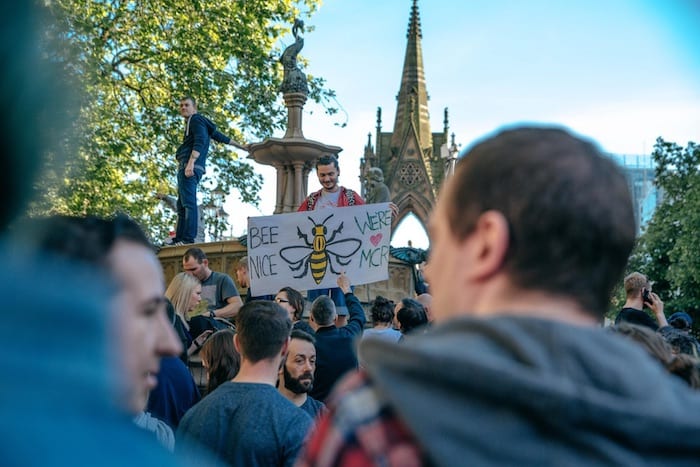 “Getting to this point has involved a careful process which we have sought to make as thorough and inclusive as possible to ensure an appropriate and enduring memorial. This is an important milestone on that journey.”

Sir Richard Leese, Leader of Manchester City Council, said: “This memorial will be dedicated to those who lost their lives, a place where families can remember their loved ones and others can pay their respects. Manchester will never forget.

“It will also be a memorial to all those affected by the attack and a reminder of the unified community spirit, the triumph of love over hatred, which characterised the city’s response to the terrible events of 22 May 2017.

“We look forward to hearing the ideas of designers and will continue to consult with the bereaved families as plans progress.”