22 Candles: how one young girl found her own way to deal with the Arena tragedy

May 22nd 2017 will be forever etched on the hearts of the people of Manchester.

Even if, like me, you went to bed early and merely awoke to a myriad of panicked messages, we all still felt the impact. And many of us know someone who was affected.

It wasn’t just an attack on an event, on those innocents who lost their lives, their families and friends. It was an attack on us as a city. Manchester Arena is somewhere we have all been. Picked up a family member, attended a gig, taken a niece or nephew to see a childhood hero or heartthrob.

It galvanised us to raise money to help those affected, saw an outpouring of grief from all of us, and a desire to thank all the emergency services involved. A proper Manc response.

Those of us who weren’t at the Arena can only imagine the pain and trauma of those who were. And one young girl, caught up in the events has found her own way to deal with the tragedy. 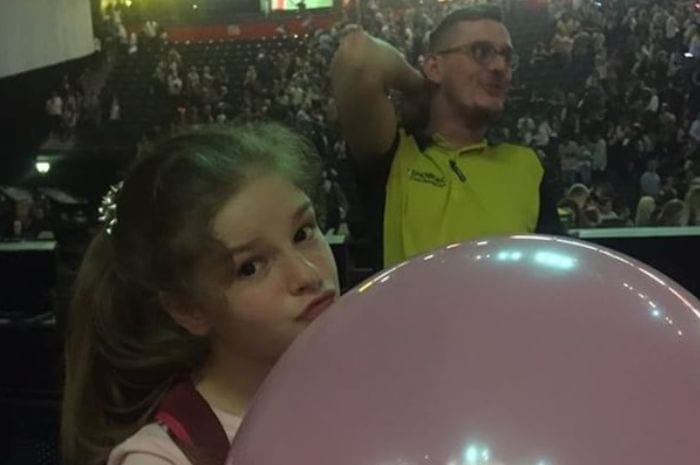 Amelia Thompson (12) was at the concert, as her mum Lisa explained to me.

“Over the past 20 months, I’d lost my brother to cancer, and then Amelia’s dad, Wayne, had two heart attacks and heart surgery and spent 13½ weeks in intensive care.

“It was a bit of a treat, and my dad said, for some reason, take the train, have a nice afternoon out, we’ll pay for the train. Go and get some tea and that.

“We went to the concert, had an absolutely amazing time. I had been videoing up to 10:31 pm on my phone. I paused the videos because Amelia had caught one of these big pink balls, so she stopped as soon as the lights went on and asked if she could have a picture with the stage in the background. So she was standing there, with this big pink balloon, and the next minute we just heard a ‘boom’.”

Unsurprisingly, the trauma of the event is still evident.

“Amelia is under a speech therapist because she damaged her vocal chords screaming. She lost her voice for about seven weeks. She normally sings, and she’s not been able to. She had a singing exam and that had to be cancelled. 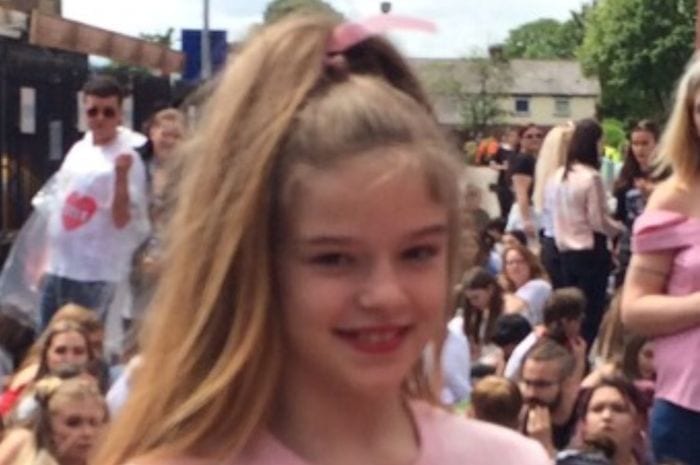 On the night itself, when she came home from hospital, she went to bed, and got up and went to school. She wouldn’t get into any conversations about it, wouldn’t read the newspapers. Her friends were asking her about it. She just wanted normality.”

They decided to go to the One Love Concert, having changed their minds ‘about 50 times’.

“She had a couple of wobbles in the queue. She got talking to a lad called Euan who was there with some friends. And they were just amazing, because the girls went to the front and stood with Euan and his friends. It was amazing. For the first time at that concert Amelia opened up and spoke about what she’d seen. To see her cry, that was amazing. Because Euan had been through it, he understood and she felt she could talk to him.

“Since the concert, it’s like a train has hit her straight on. She’s a lot more isolated. A lot more clingy. She would rather sit in a room on her own in school than sit with her friends.

“Normal things are difficult. She wants to go swimming but she has to evaluate that place first. To see if it feels safe. Amelia’s asked me to promise her that it’ll never happen again. As a parent that’s the hardest thing. It’s something I can’t do. We never expected it to happen then. I can’t promise it won’t happen again.”

And it’s just not affected Amelia. Lisa feels the impact too.

“I have to live with the guilt that I didn’t go back in to help. And I probably could have gone back in to help. But then what to do with your child? There were 22,000 people there and all of those 22,000 have had a different experience.”

So when Amelia was nominated for a photographic portrait by photographer Imelda Bell, there was only one thing on her mind.

“When Imelda contacted us, Amelia stipulated it had to be for the Manchester victims. This is all Amelia’s idea. Imelda suggested the candles, the dress that Amelia is photographed in is one of her dance dresses. It’s just something that she wanted to do.

“For her to open up to someone takes time. I know that sitting in a room with a counsellor she’s not going to speak to them. And she needs to speak. She wanted to do something, and maybe in some way this has helped her.  The picture has helped her find a voice in a way.

“What’s helped too is that some of the relatives have contacted us about the picture, and asked for copies. Some of the messages have left me sobbing.

“They’ve given me their addresses so I can send copies. If any of the 22 families want a copy, I’ll happily print them off and send them. We’ve not done it for anything, or to make anything. It was just something that Amelia wanted to do.”

If you’ve been affected by the Manchester Bombing, help can be found via the Manchester Resilience Hub, and donations can still be made to help the victims, through the We Love Manchester charity.