Review: #BeMoreMartyn – The Boy with the Deirdre Tattoo 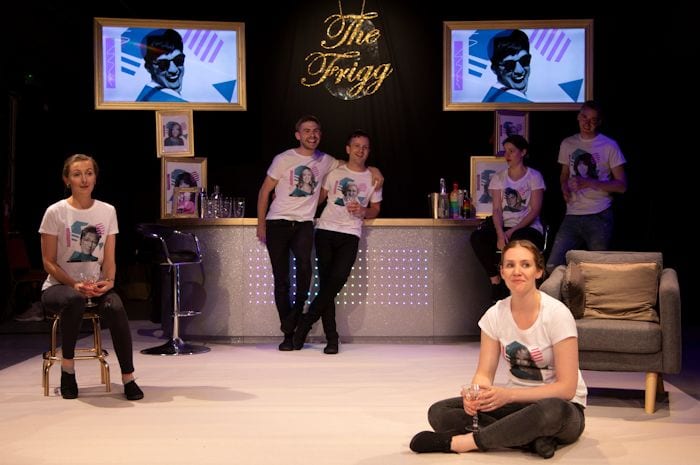 One year ago today, following the awful Manchester Arena attack, I was on twitter retweeting a plea from a man who was frantically trying to find his missing brother who had attended the Ariana Grande gig, but had not been seen or heard of since.

Twitter is great, but watching this unfold in real time was heartbreaking. The missing man was Martyn Hett.

Mariah Carey sent a video message for his funeral and Helen Worth turned up, along with other Corrie cast members – he was addicted to the soap and had a huge cardboard cut-out of Gail which would emerge at his parties.

Twelve months later, many people now know who Martyn was. He had a huge social media footprint and had appeared on Come Dine With Me and Tattoo Fixers – he had a large tattoo of Deirdre Barlow on his left leg. 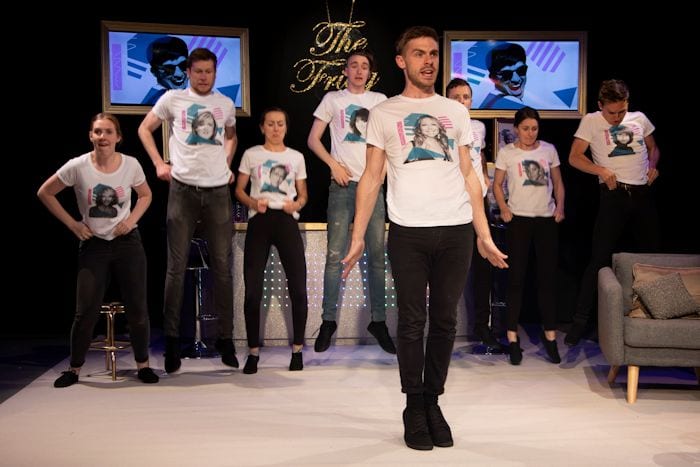 Martyn’s friends were his family. Hope Theatre Company interviewed eight of them to establish what it was about this larger-than-life character that made them feel good and brought them together.

The phrase #BeMoreMartyn has become well known since his death. This play sets out to find out what that means.

Adam Zane and Mike Lee have created a respectful piece which gives eight friends the chance to reminisce, grieve and celebrate.

As well as his fix of life on the cobbles, Martyn loved the film Beaches. His friends reflect on the hangovers and the shows/films that would bring him round.

Eurovision was massive for this group of pals, and if you did not turn up to Martyn’s infamous party one year, you were not invited the next. He did not like talking during the songs, and you had to come dressed according to the theme for that year, which included X Factor, Homophobes, Conchita Wurst and Divas.

What is particularly moving about the play is knowing the words are from a loyal and loving group of friends who are all still dealing with the loss of such an enigmatic pal. They all mention that if were not for him, they would not be mates. He never judged them and even though he was prone to taking the mickey out of them, he supported them through thick and thin.

It is a verbatim production, so it demands a great deal from the cast, who are all excellent. They run a gamut of emotions, with Bridget Gallagher doing a mighty fine Audrey Roberts impression. 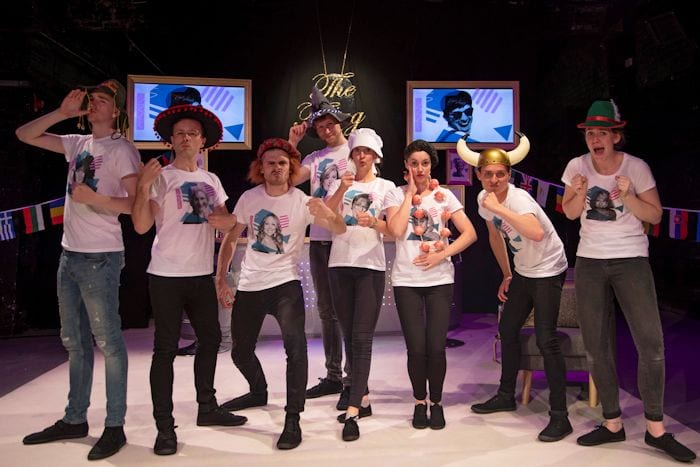 Joseph Carter and Matthew Forey both draw you in to their stories, making eye contact with audience members throughout the performance. Chloe Proctor highlights how Christina was incredibly different to Martyn, but that he made her feel wanted and special. The whole cast have a way of involving the audience as they share memories of this funny character.

Casting Paula Lane (formerly Kylie Platt in Corrie) is a real coup. Martyn would have loved the fact that Kylie Platt was in a play about him. She proves that she as credible and watchable on stage as she was on Corrie. I would love to see her in more plays.

At times, I wanted to know more about them as individuals, and if there were any fall outs. Not for dirt purposes, just so Martyn would become more fully rounded.

The one thing missing is Martyn. The piece would benefit sometimes from an actor saying some of the phrases that Martyn became known for on youtube and twitter.

But there are some marvellous moments of defiance, when he fought back against homophobia, and when younger gay men would see him and sit in awe because he was so comfortable in his own skin.

In a week when Manchester reflects, and painful memories are unearthed, this beautifully realised production enables you to laugh, cry and celebrate the life of a man who lived for the moment.

See it. Who knows, you might even end up trying to #BeMoreMartyn ?

#BeMoreMartyn – the Boy with the Deirdre Tattoo is at the Hope Mill Theatre until 26th May.