The Christmas Markets have come to Manchester – in LEGO

Manchester’s Christmas Markets have been cancelled this year, and the Cathedral Gardens ice rink has been postponed.

Even the socially-distanced Christmas lights switch-on celebrating NHS key workers has been postponed until after the current restrictions have been lifted.

But there’s one place you can still see all Manchester’s traditional Christmas attractions – albeit in miniature. 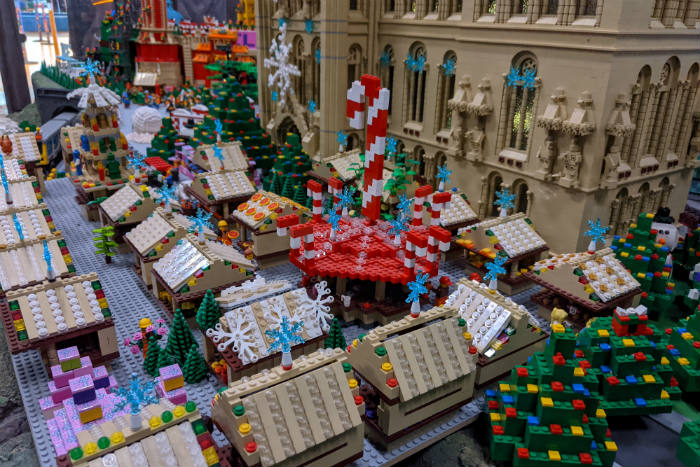 Determined to bring some festive fun to the city, Legoland Discovery Centre Manchester has added a little seasonal sparkle to its miniature build of the city, introducing the much-loved Christmas Markets, Santa Dash, ice rink, and even a carol concert.

Fans of Manchester’s Christmas Markets can watch on in envy as LEGO minifigures queue for a mulled wine and bratwurst, whilst others engage in festive song.

The attraction is also inviting fans to help switch on Manchester Miniland’s Christmas lights on Facebook this week, joining LEGO Santa in pressing the button and lighting up the city’s skilfully recreated landmarks with twinkling fairy lights. 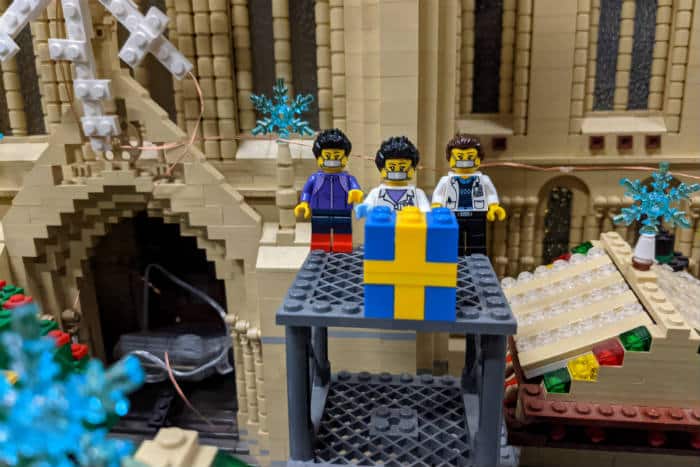 He is one of only 25 Master Model Builders in the world. 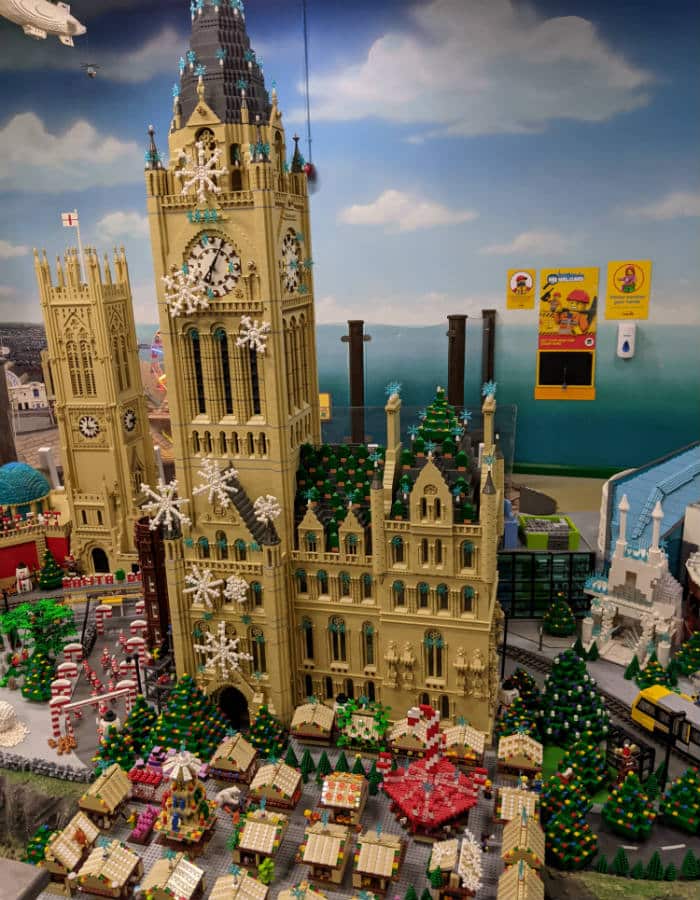 “The absence of the Christmas markets and all the annual festivities to which we have become accustomed, whilst entirely necessary, have been felt by all this year,” said Stuart Jarman, general manager ofMerlin Entertainments Manchester.

“We wanted to do our bit to help raise festive spirits and share a little joy.

“What better way than with an alternative Christmas light switch on in Manchester Miniland where you can get a taste of all that Manchester does best?

“We would like to invite anyone in need of some Christmas cheer to join us as we stream our alternative Christmas lights switch-on.

“As well as lighting up Manchester’s landmarks, we will also be unveiling some spectacular festive scenes at Miniland, designed to celebrate some of the city’s best-loved Christmas traditions.”

Legoland Discovery Centre Manchester is temporarily closed, but you can tune in to the Christmas lights switch-on this Thursday 19th November at 6.30pm at facebook.com/ldcmanchester.