Manchester town hall will accommodate commercial businesses by renting out space on the upper floors of the Grade 1 listed building when its mammoth £330 million restoration is completed in 2024.

The Our Town Hall Project aims to safeguard the building, which opened 141 years ago, while increasing public access to its precious heritage features and historical treasures.

Separate plans to turn Albert Square into one of Europe’s finest civic spaces, which would see it increase in size by around 20 per cent with only one side (Princess Street) remaining open to traffic, were submitted just a week ago.

No fewer than 895 documents have been submitted covering plans for the building itself in exhaustive detail, including applications for listed building consent required to ensure that any alterations to the nationally important structure are carried out sympathetically.

The plans include full restoration of the building with the highest heritage importance, including the magnificent first-floor Great Hall with its 12 paintings by Pre-Raphaelite artist Ford Madox Brown depicting the (partly fanciful) history of the city from the Romans building a fort to scientist John Dalton collecting marsh gas in the 19th Century. 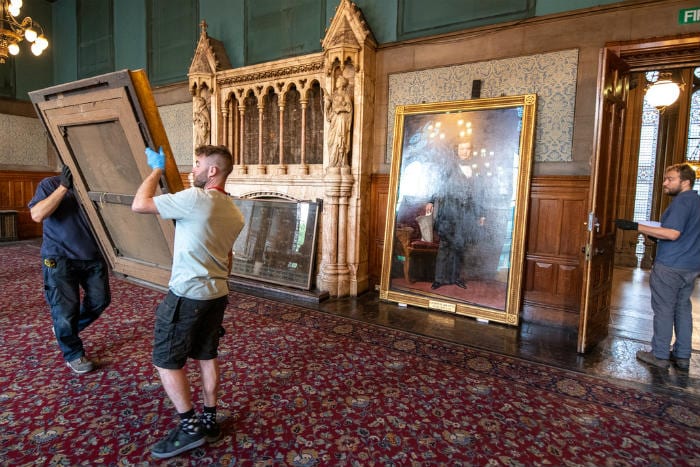 Refurbishment and repair work is planned for the building’s fabric, doors, windows and roof, and accessibility will be improved with the provision of extra lifts and sloped ramps at the Albert Square and Cooper Street entrances.

Lighting inside and out will be improved along with the restoration and repair of the state rooms’ ornate chandeliers and other lighting of heritage importance. The town hall’s heating will also be replaced and upgraded, linking it with the civic quarter heat network and other infrastructure to reduce energy consumption.

In recognition of the importance of the town hall as a potential major tourist attraction, a dedicated visitor centre is proposed within the town, along with improvements to catering facilities. 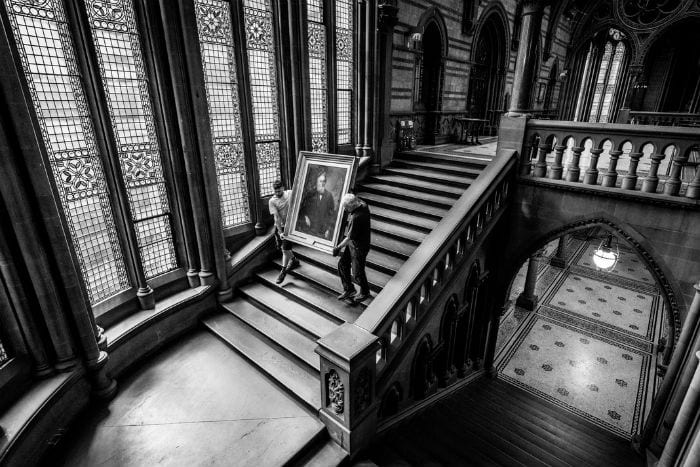 The town hall – “the heart and soul of the city” – was built between 1868 and 1877 to replace a smaller building in King Street and cost about £1million, around £125 million in today’s money.

Similar in architectural style to the Palace of Westminster, the building has been used on many occasions as a “double” for the Houses of Parliament in television and film productions. 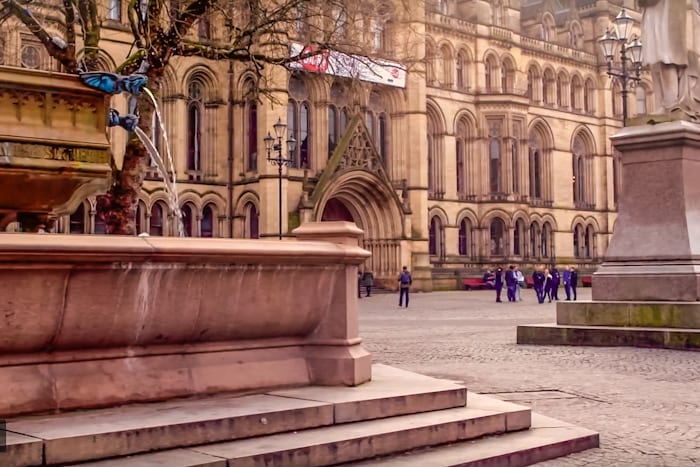 It was closed in January 2018, since when many of its treasures have been removed for safe keeping and others given protection ahead of the major work projects being carried out.

Councillor Nigel Murphy, deputy leader of Manchester City Council, said: “This is a complex, once-in-a-lifetime project which will secure the future of this Manchester gem. To get to this point has taken a great deal of painstaking work, including detailed survey work since the building was closed, so it’s exciting that we are now seeing these detailed planning applications go in.

“It’s called the Our Town Hall project for a reason. We want to improve people’s access to the building, their sense of ownership of it and share its rich heritage. We can’t wait for it to re-open in all its glory in 2024.”

The planning and listed building consent applications will be considered in the New Year.