12 good reasons why you should choose Manchester over London

Why students, or anyone else for that matter, should choose Manchester instead of London 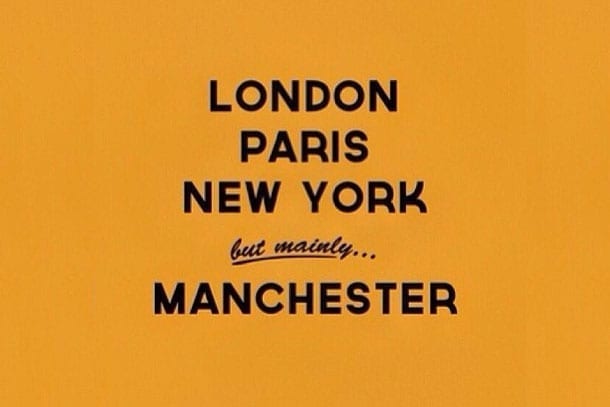 As would-be university students start to think about to flying the nest to make a new home in a different place, many of them will be heading to Manchester. And rightly so.

Twenty years ago, I did the same thing. And here I still am.

I did, however, spend a couple of years in London in my early 20s, which were great in many ways, but I always had the hankering to return. I missed the city desperately. I also got bored of sitting at Putney Bridge station on a Sunday morning, football boots in hand and hangover in head, waiting for the train that never came.

So I Love MCR asked me to look at 12 reasons why students, or anyone else for that matter, should choose Manchester instead of London.

Feel free to add your own… 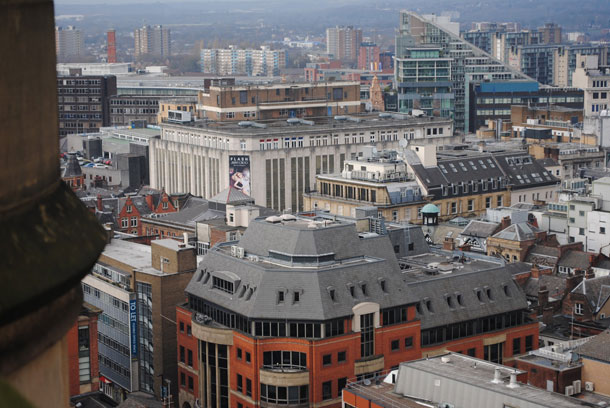 For a big city, Manchester is pleasingly compact. It’s got all the perks, without the intimidating size. Every area of Manchester has something different to offer and you can walk from one end of the city centre to the other in less than an hour. You can stick to the street, get down onto the canal towpaths, jump on a free bus or catch a tram to further afield.

If city living isn’t your thing, you’re never too far from suburbia.

Green spaces aren’t hard to come by, either. Whitworth Park and Platt Fields Park and Heaton park are all on the fringes of the city centre, but there are smaller green spots at Parsonage, St Johns and Sackville Gardens slap bang in the middle of the city. 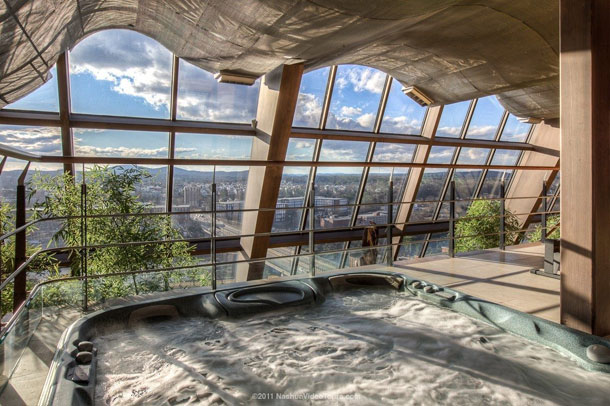 You can rent a penthouse apartment for the price of a ground floor studio in London, with prices more than 50% cheaper in Manchester and in the capital. A friend who works at the BBC recently traded a one-bed flat in Earl’s Court for a 4-bed house in Didsbury and still had a bit left over on his rent. Result.

And the cost of living in general is a whole 40% cheaper than London, meaning you (should) always have leftover wages at the end of the month. 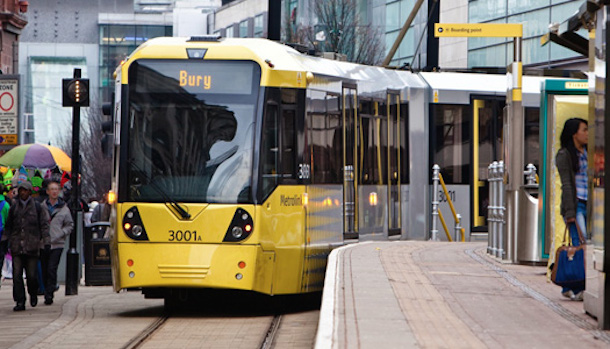 Manchester has the busiest bus route in Europe, so you’ll never wait too long for your chariot to arrive. And if you get a Magic Bus, your weekly commute never needs to cost more than £7.50.

You can take also the tram to work – and the network is expanding across South Manchester as far as the airport. Did we mention we had one of those too?

If you prefer two wheels, Manchester’s cycling networks are great. They probably should be, given the city is home to the National Cycling Centre.

Where to begin? Its music scene is abundant and unrivalled. Many of the UK’s best and biggest bands originate from Manchester: The Stone Roses, Oasis, The Smiths, Doves, Elbow, Happy Mondays, The Buzzcocks, The Chemical Brothers, The Verve, James, Joy Division – to name just a few.

Intimate venues are everywhere; some of Manchester’s most famous bands started out in places like Night & Day, Roadhouse, Ruby Lounge and Deaf Institute.

On a more classical bent, the BBC Philharmonic lives here too, as does the Halle.

They’re joined in the city centre by art galleries, craft centres and a music school that was a whisker away from being chosen as Hogwarts in the Harry Potter films. Nearby the more modern National Museum of Football sits neatly as a modern addition to the city’s medieval quarter.

Love science? You’ll love The Museum of Science & Industry, which charts Manchester most pioneering achievements through the age of the industrial revolution to the modern day.

And then there’s Coronation Street.both of them. 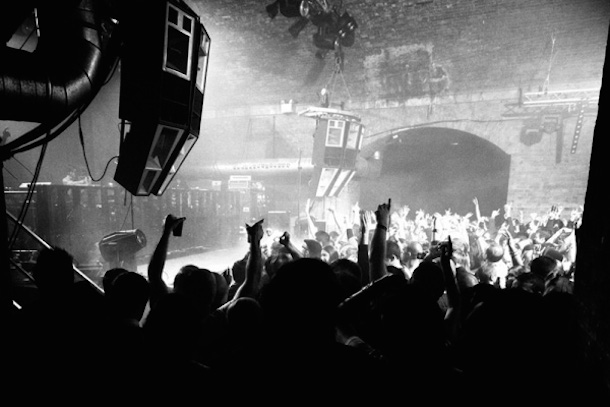 Manchester after dark is equally diverse. No matter what you’re into, there’s a place for you.

This year also marks the city centre return of the Warehouse Project, if you’re after something just a bit bigger. And unlike some clubs in London, you don’t have to pay a limb to get in. 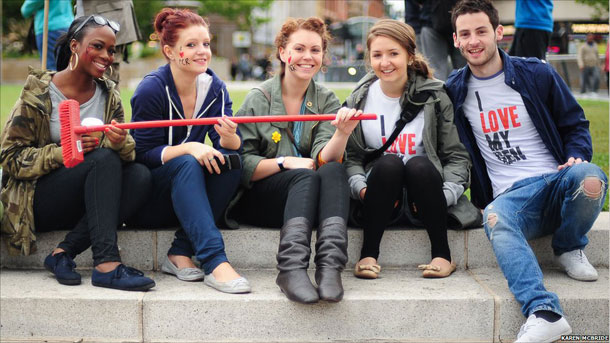 The friendliest, most down-to-earth people in the UK, if not the world. And it’s safe to make eye contact with people on public transport. You might even make a friend. The Manc accent is proper mint. 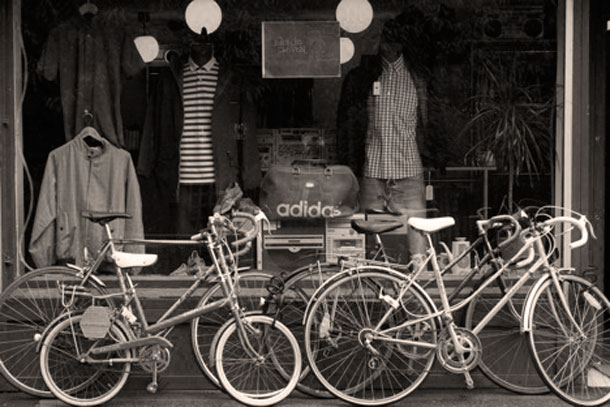 The NQ is somewhere you definitely need to visit. The home of bearded hipsters drinking craft ale whilst riding their vintage bicycles to the artisan deli. Which is often a tough ask in skinny jeans.

The NQ offers unique bars, restaurants and quirky shops, where Manchester independent scene shows itself off, and rightly so. It also hosts an annual street party, although that might evolve into something else in the coming years. And it’s also home to a lot of Manchester’s best street art. Most notably, The Outhouse Project, which has been running since 2010. It sees areas of the Northern Quarter repainted every three months by local creative and visual artists.

Manchester has the largest student population in Europe – around 90,000 at the last headcount. Which means as well as a developed knowledge economy that makes Manchester a progressive and modern city, there’s always somewhere close by to get a cheap pint.

Students are drawn to the whole Manchester brand, not just the course on offer. So they’re here to be a part of the city and not just a bookworm in a faraway campus somewhere.

With its low cost of living, job prospects and quality of life – it’s no wonder everyone is staying up North. 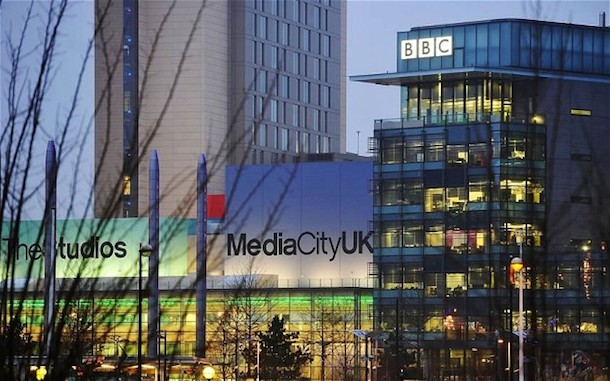 The BBC moved up here and they brought a load of media jobs with them.

The Coronation Street set is also here. Both of them, one of which is pen to public tours. And you’ll more than likely run into members of the cast when partying in the city.

If you really want to, you can go and see an episode of Jeremy Kyle being filmed over on Salford Quays. A tour of CBBC over the water at the Beeb’s new HQ might be more up your street however.

Where to begin? Down at heel boozers that frame the city’s past through the tall tales of the locals? Check. Fine dining to knock your socks off and take you on gastronomic journey, we’ve got that too, thanks to Manchester House and The French at The Midland.

A booming casual dining market full of inventive brands that put the emphasis on quality? Living Ventures have got that nailed down. And there’s a plethora of other pubs, clubs, bars and restaurants that will offer what you’re looking for, from San Carlo to Red Hot World Buffet.

Almost Famous, the bastions of the burger hype movement, were born here. Now they’ve grown up and added more strings to their bow.

Want beer? We’ve got world famous breweries such as Hydes, Robinson and JW Lees, as well as microbreweries making a name for themselves on a bigger stage, such as Marble, Boggart Hole Clough and others.

At the others end, The Trafford Centre is the home to Europe’s largest food court. It’s also shaped like a giant boat, if that’s what floats your.well, you know.

Curry Mile is a thing here too, a short skip out of the city centre in Rusholme. The largest concentration of South Asian restaurants outside the Indian subcontinent. A powerhouse of potent and magical masalas back in the day, the area is now re-emerging thanks to a host of new and exciting operators coming through, such as Mughl and Ziya. 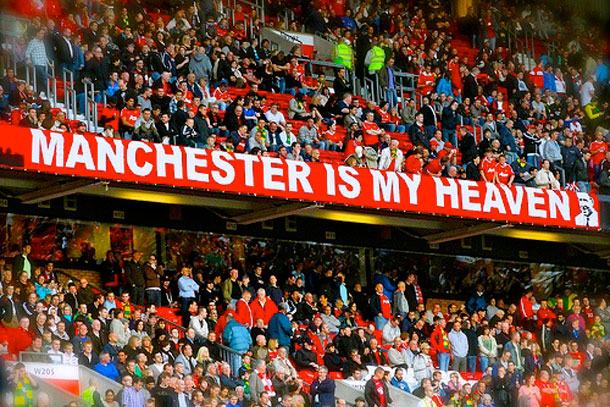 You may have heard that we do football pretty well here, but don’t forget that Manchester is also the home of UK cycling. Both of those sports make a huge economic contribution to the city sand make sure Manchester is a brand.

Get in a taxi anywhere in the world and you can strike up a conversation about Manchester United and nowadays, City too.

The city’s hosting of the Commonwealth Games in 2002 and Olympic football in 2014 is still a huge source of civic pride and provided Manchester with new facilities too.

Manchester was ranked the 5th best sports city in the World (2012) after London, Sydney, Melbourne and New York by Sports Business Magazine.

Football has never felt more at home than in Manchester than it does today, thanks to the National Football Museum moving in to Urbis, near Victoria Station. 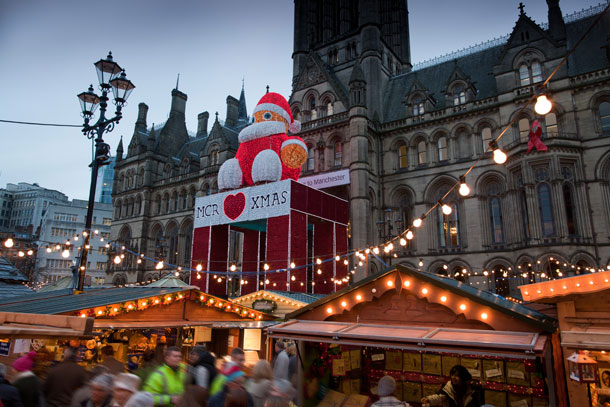 We invented it. End of.

Although actually, we have to mention the Christmas Markets. Six weeks that puts Manchester on the map as the place to be at Christmas. More than 9 million people flocked into the city centre to get a brawurst and a gluwein last year, in the shadow of the huge looks-a-bit-like-Zippy-from-Rainbow Santa that sits on top of the town hall and even has his own Twitter account (@MCRSanta).