Another first for Manchester and it’s all about social development, fun and friendship 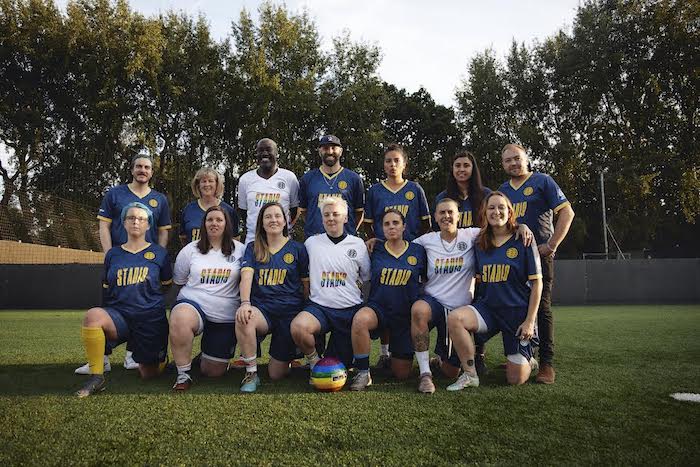 Manchester’s footballers led the way when England won the Woman’s Euros 2022, with seven players in the squad.

They have built on that momentum well too, having a strong World Cup Qualifying campaign, beating the World Champions USA and smashing Luxembourg 10-0.

But what does this mean for women’s football across Greater Manchester?

We caught up Manchester Laces, an inclusive non-binary football club to get their take on the successes of the Lionesses.

Manchester Laces launched in March 2021, designed to be an inclusive football club and space where women and non-binary adults can play football.

In a short 18 months, they have become the biggest women’s team in Manchester, with over 500 participants.

They scooped the National Grassroots Club of the Year in 2022. 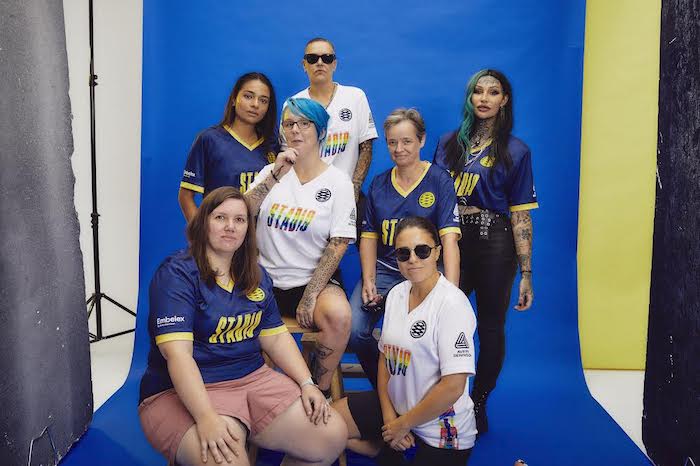 They have five squads playing across five divisions, and have launched a league called the “AF league”.

The AF League is a challenge to binary thinking – and a welcome for everyone to get involved playing casual and fun football.

“Our club is all about kindness and empowering players of all abilities to get their boots on and give it a go,” says founder Helen Hardy.

Manchester Laces are proud to accommodate both young and mature adults football players of all different abilities and experience.

“Our club welcomes anyone and everyone who wants to play in a transgender, women’s and non-binary environment. We epitomise inclusivity!

“To me, being inclusive is about everybody feeling welcome.

“It’s about creating an atmosphere and a club that everybody feels comfortable being involved in no matter your goal tally, your skill or your experience.

“As we’re growing we want to make sure we’re creating a space for everyone. When you become part of the Laces family you should never feel like an outsider.”

Helen says she was playing football when she moved to Manchester in 2018 – and instantly saw the city being representative of so many different groups of people but said women’s football at the time seemed a bit ‘samey’.

She said: “It was just standard 11-a-side football, with teams playing it out to win the league.

“We wanted to try something a bit different. For me, football is about community and friendship.

“I wasn’t expecting to become Ella Toone or anything! I just wanted to have fun and make some friends. That’s when I decided to start up Manchester laces.”

And they have gone from strength to strength, becoming a pillar of the community in Manchester. 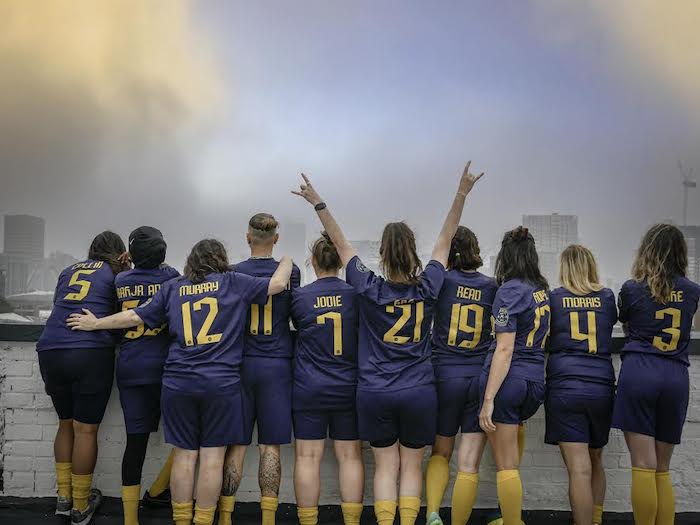 “It has been life changing for some of the players, becoming a pillar of the community.

“When you remove barriers and restrictions to playing you see these amazing stories emerge, of players smashing boundaries, feeling confident to go for new jobs, and even meeting future partners.

“Best of all, it’s a great way to stay fit and healthy.

“What we are doing here is unique in amateur football, but I hope it can be the tip of a wave of change to make football friendlier and more inclusive.”

Manchester Laces have just launched their new home kit, which Helen says is emblematic of their inclusive spirit.

She said:  “Our new 2022 kit launch is all about us. Our home kit is all things Manchester. The fabric is small honey-comb shapes that also double up as Laces intertwining.

“Our colours are honey with embellishments of a little bee on the neckline, and the font is the same used by the suffragette movement.

“2022 away shirt is all things inclusion. The progress flag down the sides with a pride print on the front and centre.”

Helen said the England Lionesses had smashed the glass ceiling when they triumphed at the Euros last summer, but added it was now absolutely crucial that support was across the spectrum of ladies playing football.

“So much is being done since the England Women’s Team smashed their way to victory (and smashed their way through the glass ceiling) but it’s crucial we support the “lost generation” of adult women who have been cut out from playing football and not just focus on kids.

“Adult women are the ones inspiring the next generation as much as the lionesses are.

“If you see your aunty or granny playing football, that’s one way to inspire you to take it up too!

“Let’s create accessibility for women, create more safe spaces for women and keep spreading the message about kind, inclusive football for all!” 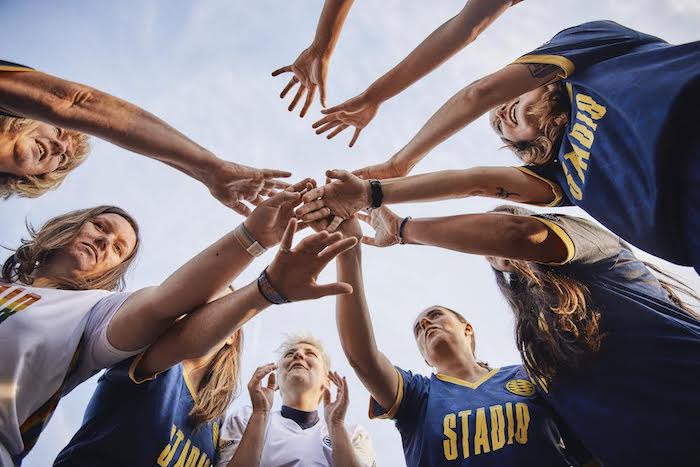 And Helen also issued a call to arms to anyone who wanted to play football, but who was hesitating to get involved.

“You’re at the hardest part of the journey.

“Almost all players who join Laces tell me about how hard it was coming along and how scared they were.

“It’s crucial to remember that you’re not alone! So many players experience this and so many players have started from the absolute beginner session.

“Most players are worried about their fitness or their weight but we have genuinely supported so many people to get going that nothing is new for us!

“Jump over that scary hurdle and I promise you’ll not regret it and within weeks you’ll be bouncing along to this friendly community of people.”

If you’d like to get involved with the Manchester Laces, click here to find a session and just show up at Whalley Range Sports Centre.