The UK’s first ever statue of a female footballer has been unveiled at the National Football Museum in Manchester.

In honour of women’s football trailblazer Lily Parr, the life-size bronze statue was created by sculptor Hannah Stewart.  It was commissioned by Mars, official supporter of the England Women’s Team, as part of their #SupportHer campaign and ongoing commitment to championing and inspiring the current England Lionesses and future female sports stars.

The unveiling on Monday morning comes as the Lionesses prepare to kick off their 2019 World Cup campaign at the weekend against Scotland.

The statue was unveiled by Lily’s cousin, June Patten, and is situated on the first floor of the museum in the Players zone on the Match Gallery floor. The zone explores the trailblazers, stars, cult heroes and fan favourites; their lifestyles, and the challenges and prejudices that they have had to overcome.

Lily, from St Helens, was an outside left winger who scored over 980 goals in 833 games and had a 32-year career.  She was reputed to possess one of the most powerful shots in football, and had the ability to score goals from extraordinary angles with a left foot cross drive with immense skill and power. 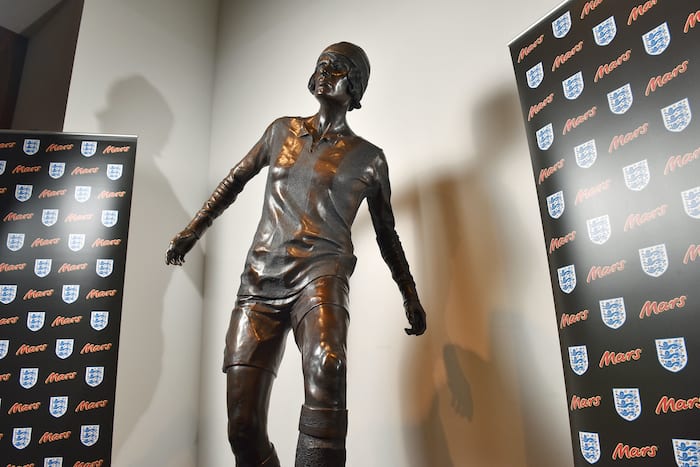 Starting her career at Dick, Kerr Ladies FC in Lancashire as a full-back 100 years ago aged just 14, Lily moved to the left wing in 1921 and scored an impressive 108 goals in her first year in this position.

Her steely determination to be the best footballer worldwide saw her spend hours perfecting her shooting technique, as many other legendary players have gone on to do.

Alongside her illustrious football career, Parr trained as a nurse and worked in Whittingham Mental Hospital until she retired.  She died in 1978, aged 73, and was laid to rest in her home town of St Helens.

Gemma Buggins, Mars Brand Director, said: “We are delighted to unveil the UK’s first ever female footballer statue of the amazing Lily Parr. At Mars, we’re passionate about recognising female role models and, as our current generation of Lionesses head off to this summer’s tournament, we thought that it was about time that we shone a spotlight on Lily as a trailblazer for today’s team. 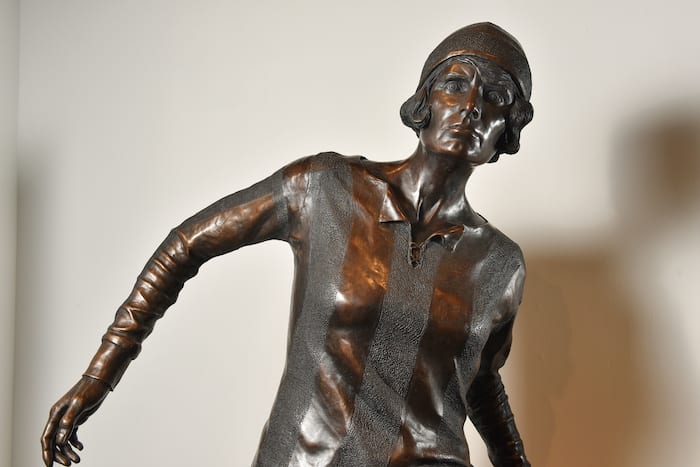 “We hope this statue and our #SupportHer campaign inspires other women to follow their dreams as we get ready to enjoy an exciting summer of women’s football!”

England Lioness Legend Faye White was among those welcoming the statue in Manchester on Monday.

She said: “This is a momentous moment and Lily thoroughly deserves this honour. As a female footballer, it’s inspiring to see the progress we’re making in celebrating women in sport.

“Women’s football has come a long way since it first began and I’m looking forward to cheering on the England Lionesses this summer alongside the nation.”