What’s the story behind Manchester’s biggest street food event – and what does its future hold?

One of the biggest street food events in the UK, GRUB is celebrating its fifth anniversary this year.

Despite launching at a time when interest in street food and drink was waning, the events company, which celebrates independent vendors and producers, has enjoyed huge success since its launch.

So much so, that when they return to their summer venue, Mayfield Gatehouse on Baring Street on 3rd May, it’ll be 50 per cent larger than last year and with more traders on site to meet demand.

Jason Bailey, who co-owns GRUB with his wife Juliana, shares their plans for the summer and beyond, why their success wasn’t a shoo-in, and the advice they give to new traders. 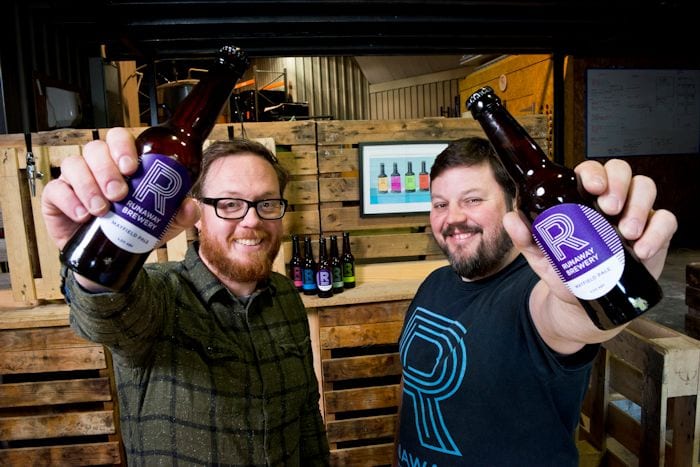 Could you tell us a bit about the beginnings of GRUB?

Before starting GRUB, my wife and I were street food traders ourselves. We’d moved to Levenshulme and really wanted to get involved in our local market. My wife’s half-Colombian so we gave Colombian street food a go.

It went well and it became a part-time job on top of my full-time job. We were moving around supporting other people’s events before we went on our own, popping up at Runaway Brewery and Alphabet Brewery.

Two years ago, we got our own site at the Mayfield, which is part of the depot across the road from Piccadilly Station, a big regeneration area. At the back end of last year, we decided we wanted to trade all year round so we opened a venue space called Fairfield Social Club, just around the corner from our summer home.

How would you describe GRUB?

Our business is based on independent street food vendors selling the food they make right in front of people. We joined the scene when street food stopped being cool, but we did that because we thought other events happening in the UK weren’t as family-friendly as ours, they weren’t as inclusive, and we thought some of them were quite low quality.

I quit my job so I must have had faith. We knew it was going to be hard work as a business, but we really pinned our hopes on the fact Manchester would respond to the dedication and ethos of it being an independent market place and now we’ve got such a strong and loyal customer base.

What can people expect when the Mayfield site reopens?

The biggest complaint we had last year was that we weren’t quite big enough. Most Saturdays we had a bit of a queue at the front gates, and most days had a bit of a wait at the bar.

We don’t want people queuing, it means they’re not having a good time, so the site is 50 per cent bigger, there are two bars now, and we’ve gone up from five to six traders on a Friday and six to eight traders on a Saturday.

The place is unique because even though you’re only two minutes from the train station, it feels a little bit isolated. It’s not really for big groups of drinkers, it’s child-friendly and dog-friendly and it can get a festival atmosphere to it but without tipping over into any of the negative elements that go with that. 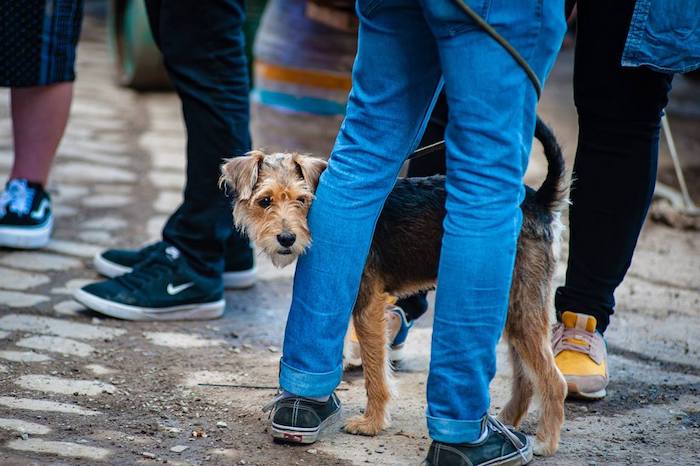 How do you decide which vendors get a spot?

One of the big rules is, if you’ve already got bricks and mortar then you’ve moved on from street food. We want to open space up for people who are still working out of their kitchen and still independent.

On top of that, we want people to be passionate about their food and you get that from social media or by speaking to them. The worst thing is people getting in touch and asking, ‘What are you missing, what do you want us to cook?’ These are absolutely not the people we want to work with.

What food we put on is driven by demand, but at the same time, we’re making space for vegan options, so we make sure there’s always at least one vegan-friendly trader every Friday and Saturday and everyone provides a good vegan option. 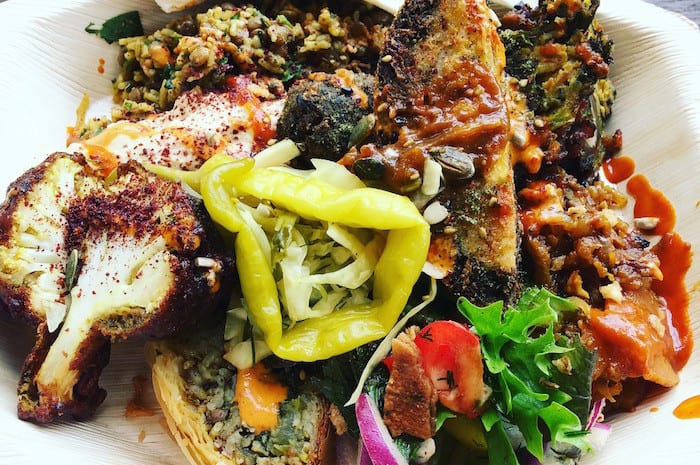 Yes, which is 100 per cent vegan and, as far as I’m aware, Europe’s first weekly vegan street food market. A lot of people in the food industry thought it was just a trend but it’s not a trend as far as we’re concerned.

It’s a massive shift in how people are eating, and it’s not being driven by your stereotypical vegan who probably campaigns and has been vegan for years and years. It’s more your quiet vegans or those who’ve changed 80 per cent of their diet to vegan, they’re the ones who come in their droves.

Was it disappointing to cancel the planned pop-up in Rochdale?

There are so many things that are out of your control, especially with pop-up events, but it was incredibly disappointing. We’d invested a lot of time and money but more than that, people were genuinely excited about it.

We thought it was really going to work and that it would also be a god leg up for the council in bringing new operators, new bars and restaurants to Rochdale town centre and hoped it would have created a real buzz.

What else do you have planned?

We’ve got a pop-up in Salford, at Islington Mill. We’ve got a cider festival on 26th May called the Fairfield Cider Fete, where there will be some amazing cider producers. Also, The Beer Up Here, which is the first weekend of July, and a celebration of northern beer below five per cent.

It can’t really grow much bigger outside of GRUB, but Fairfield Social Club relaunches properly the first weekend of May as a full-time music venue. We’ve brought on external promoters and we’ve got touring bands being booked in and we’ve got a bar stocked with local, independent beer.

It also looks like we’re going to take on a new, very small space in June to do something like an independent cinema. That’s something we’ve wanted to do for a long time.

How do you decide what events to host?

I think we’re probably at our limit now as to what we can offer but I still think Manchester is crying out for a good quality mixed art and food produce market. It’s amazing we don’t have that already so certainly that’s on our list.

What advice would you give new street food traders?

Get in touch with us. We offer one-to-one mentoring and do free workshops a couple of times a year.

And go to events and speak to traders. It’s a brilliant community in Manchester so they won’t mind. There’s unlimited amount of free advice out there.