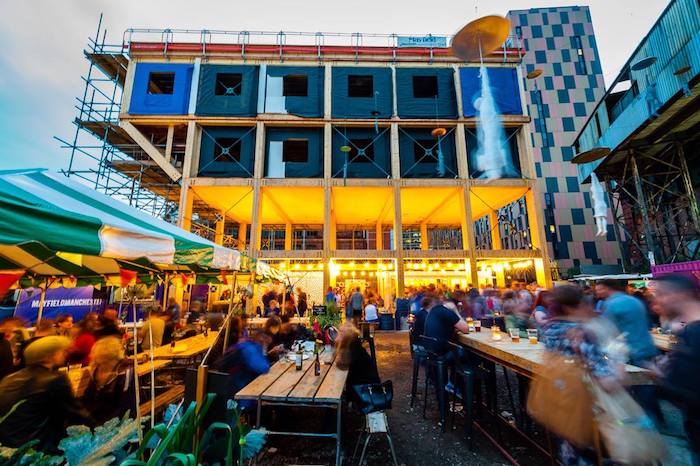 One of the biggest street food events in the UK is coming to Salford for the first time.

Starting this weekend, Grub, which currently runs a hugely popular street food market three days a week in Manchester city centre, will be bringing its award winning formula to Islington Mill on the last Saturday of every month.

Vegetarians and vegans won’t be forgotten, with almost every trader bringing meat and dairy free options, as well as a number of dedicated vegetarian traders.

And when it comes to drinks, Grub will have their own bar on site pouring beer from some of the best micro breweries in the north, including Track Brew Co, Hawkshead Brewery, North Brew Co, Runaway Brewery and plenty more on top of some super local options.

Handmade soft drinks, wines and ciders, will also be available for any non beer fans out there.

Grub street food and drinks events company was founded in 2014 by husband and wife team Jason and Juliana Bailey after a successful run as street food traders themselves.

Since launching as a pop-up event they’ve since grown to a weekly three day street food event, including Europe’s first weekly vegan street food fest, alongside putting on a regular array of cider and beer festivals.

“We’re incredibly excited to be popping up in Salford, which has been right at the top of the list for new site since we began,” said Jason.

“The fact we’re working with Islington Mill to make it happen makes it even better!”

Grub Food Fair kicks off in Salford on Saturday 27th April at Islington Mill, Regent Trading Estate, Oldfield Rd, Salford, M5 4DE, and will return on every last Saturday of the month between 12 noon and 10pm. The event is free to attend and welcomes everyone, including families. Pets are also welcome.