The week in good news: Paralympic hope, a lifesaver and a charity ninja 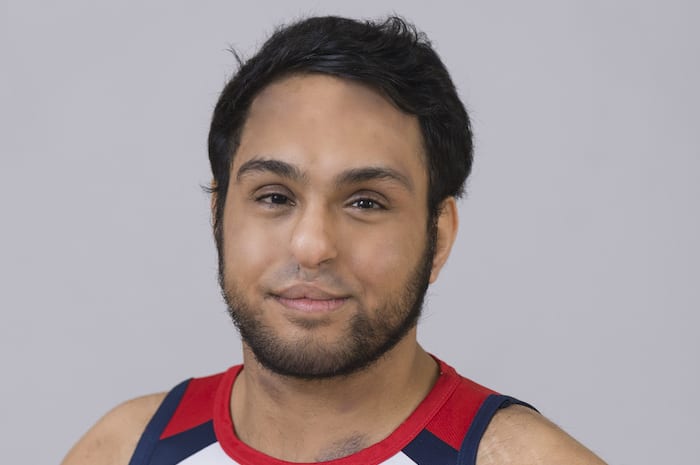 Whether it is a small gesture or a heroic act, there are certain stories that have the power to restore your hope in humanity and inspire you to be kinder to the people around you.

Here’s our pick of the good news over the past week.

Part of the new crop of young talented players to enter the national squad since London 2012, Ayaz was born with Roberts Syndrome, a rare genetic disorder that affects the growth of bones in the arms and legs, and he stands at just 3’ 7”. Originally a wheelchair basketball player, Ayaz started playing club rugby in 2009.

After being warned his size meant he would be unlikely to succeed at an international level, Ayaz persisted and was selected for the GBWR Development Squad in 2011 before going on to represent GB at the Denmark Challenge Cup, where he was again voted Best in Class, and the Rio 2016 Paralympics.

Outside of rugby, Ayaz is involved in a charity for young migrants and refugees and is looking to continue that work through being a mentor.

The inaugural King Power Quad Nations takes place from 9th – 11th March 2018 at the Leicester Arena and brings together Paralympic Gold, Silver and Bronze winning medallists from Australia, Japan, the USA and Great Britain. Wheelchair rugby was first recognised as a full medal sport at the 2000 Paralympic Games in Sydney and has since been an integral part of the Paralympic and Invictus Games.

“I’m delighted to have been selected for the Quad Nations, to showcase our sport on home soil against the top teams in the world,” said Ayaz.

This is the bodycam footage of PC Mohammed Nadeem jumping into freezing water to save a man. pic.twitter.com/RRb8WSVZSW

Police Officer Mohammed Nadeem jumped eight feet into freezing, fast-slowing water to save a man from drowning on Saturday afternoon, the MEN reported.

He dived into the River Irwell and swam towards the distraught man who had fallen from Hardy’s Gate bridge in Bury, while his body camera captured the heroic scenes.

According to the MEN, previous to the incident, a team of officers had been called at the scene where they tried to reason with the victim before he slipped into the river.

PC Nadeem jumped to his rescue and dragged the man to safety while fire crews helped both of them ashore.

Superintendent Rick Jackson of GMP’s Bury Borough, said: “As with any incident that we respond to, the safety of the public is our number one priority and sometimes that means putting them first, ahead of your own safety.

“Without hesitation, PC Nadeem dived off an eight-foot drop into freezing, deep and fast moving water. The man is now safe and receiving the treatment he needs.

“I’d like to personally commend PC Nadeem’s actions which were a prime example of why people join the force – to protect people and make sure they are away from harm.

“He’s also gained the nickname ‘The Hoff’ by his colleagues so I’m sure he won’t be forgetting this anytime soon!”

12-year-old Alex from Barry in South Wales was left alone on a bus in a depot when he didn’t get dropped off at home after school in Penarth on January 29.

The comedian was shocked when he heard the story, and when he found out his family had been trying to raise money to go on charity Cauldwell Children’s annual Destination Dreams holiday to Disney World in Florida decided to step in and help, Wales online reported.

Alex’s parents had only managed to raise £240 of the £12,000 needed, but using his social media platform Manford helped them achieve their goal overnight.

On Friday night, the comedian wrote: “Just had a really funny thought. Imagine if we got this kid’s charity appeal to £12k overnight and then I just deleted the posts about it. That family would wake up tomorrow morning having gone from £240 to £12k with not a clue how! We could be charity ninjas!”

“I can’t believe it,” she said. “All I can say is thank you. We’re all going to have a fantastic time now.”

As promised, Jason then deleted the post, saying: “Nothing to see here folks. #Crackedit #CharityNinjas #ThankYou”.