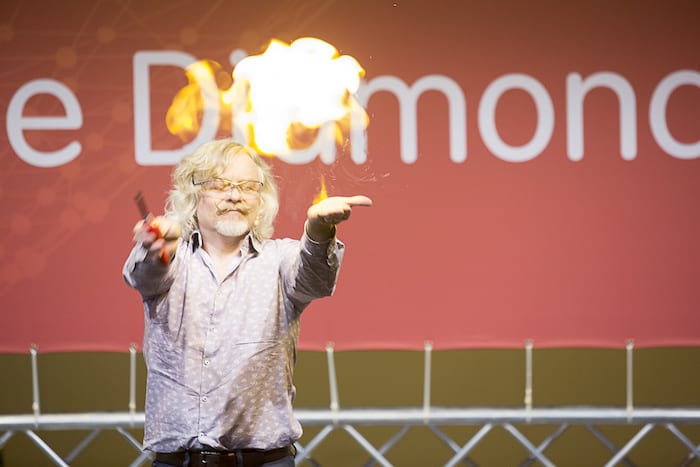 The Beast from the East took over the UK last week, leaving people feeling disarmed and slightly confused. March is a spring month, right?

Temperatures are slowly starting to rise now, but it might be a while until we actually feel the sun on our faces. A dose of good news is guaranteed to make you feel warm inside, though.

While drivers were stranded on the A1 road in the north of England on Thursday, Greggs delivery driver Jon Gowing started handing out free cakes, pasties and doughnuts to his fellow motorists, The Mirror reported.

Stuck in the snow in the middle of nowhere in freezing weather, drivers were delighted when Jon appeared at their car window with a steak bake in one hand and jam and custard doughnuts in the other.

Mechanical engineer Les Goff from Leeds, who is also a guitar technician for the Pigeon Detectives, was also stuck on the A1 and helped Jon hand out the Greggs goodies.

“The traffic had been stopped for a couple of hours so I went for a walk for a couple of miles to see if I could help, but I still couldn’t see the start of the queue,” Les told The Mirror while still stuck in the snow.

“I was walking back down the hill when I saw the Greggs guy at the back with the tail-lift and he just said, ‘Do you want some cakes’?

“He asked me to take some to the other drivers and he walked up the traffic and I walked down the traffic with doughnuts, vanilla slices and cakes, handing them out.

“He was a top guy. He said if he hadn’t delivered them by a certain time, they would go to waste. Obviously it was freezing, I couldn’t feel my fingers and toes as I was walking along with this tray of cakes.”

Roisin Currie, people and retail director at Greggs said: “We are incredibly proud of Jon and his act of kindness in what must have been a very tough situation for him and all the other poor people stuck on the A1 in this cold weather.

“We hope that his kind gesture was able to help make everyone’s day a little bit better. Well done again Jon, a shining example of how we do things at Greggs.” 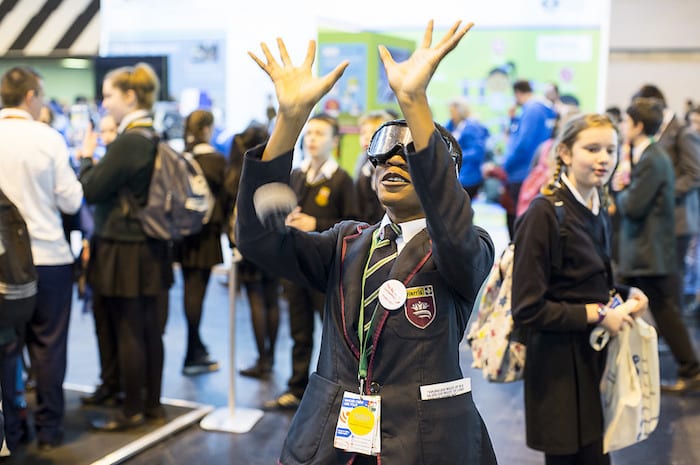 Parrs Wood High School student Mary Rajeswaran has been selected to compete at the UK finals of a science and engineering competition after her exciting project caught the eye of judges. She will now take her place in this year’s The Big Bang UK Young Scientists & Engineers Competition.

Mary’s project, entitled Investigating the Role of CYP26 Family and Retinoic Acids in Craniofacial Abnormalities using a Phylogenetic, is about genetic mutation and a study into the changes caused by ageing.

The competition finals, will be taking place at The Big Bang Fair at Birmingham’s NEC in March 2018. Here, students will vie for top prizes including the coveted title of UK Young Engineer and GSK UK Young Scientist of the Year.

“Mary from Parrs Wood High School impressed the judges with their project, and we’re excited to see how they do at the finals at The Fair,” said Beth Elgood, Director of Communications, EngineeringUK.

“Going into its tenth year in 2018, The Big Bang Fair continues to be a great source of STEM inspiration for young people, representing an amazing opportunity for young visitors, their teachers and parents to get hands-on with a wide range of activities, workshops and shows, and engage in meaningful career conversations with professionals, all designed to bring classroom learning to life and inspire the next generation.”

Big Bang Near Me is a UK-wide programme of events that gives students the opportunity to experience the wonder of The Big Bang Fair closer to home. It includes regional fairs as well as smaller local events.  The fairs, which host the regional heats of The Big Bang Competition, include fun-filled theatre shows, hands-on exhibits, interactive workshops and a wide range of careers information from local and national employers.

McDonald’s opens its doors for the homeless

Me: Flat White, please
Weather: Got you covered ❄️#UKSnow pic.twitter.com/2ByaEcja2r

McDonald’s drive-thru restaurant in Bury has earned praise for opening its doors to homeless people left in the freezing cold.

Seeing the blizzard swiping through town, the staff couldn’t turn a blind eye to the rough sleepers sat on the streets in sub zero temperatures. Workers at the restaurant at the Woodfields Retail Park, off Peel Way, welcomed them inside at nightfall.

One member of the public took to FaceBook to praise them for their initiative: “McDonald’s drive thru in Bury helping homeless and letting them stay in to keep warm, dry and safe whilst the temperatures plummet.

“I sat with a gentleman this morning in McDonald’s that had been there all night and he couldn’t praise the staff enough!”

“As a proud and responsible member of our local community we invited a number of vulnerable people to shelter in our Woodfields restaurant during the recent extreme weather conditions,” said a McDonald’s spokesperson.

“We were keen to ensure the safety of members of our local community who were most at risk during the cold snap.”