Earlier this year, Iceland got people talking with the launch of their Lotus Biscoff Ice Cream Cake.

Now, the frozen food store, which in 2018 committed to becoming the first major retailer globally to eliminate plastic packaging from all of its own label products by the end of 2023, has launched a new must-try dessert – and this one uses one of Greater Manchester’s favourite drinks.

Vimto has been a cupboard staple for many UK families since its launch in 1908 from Manchester’s 19 Granby Row.

It was originally sold under the name Vim Tonic, which creator John Noel Nichols shortened to Vimto in 1912. 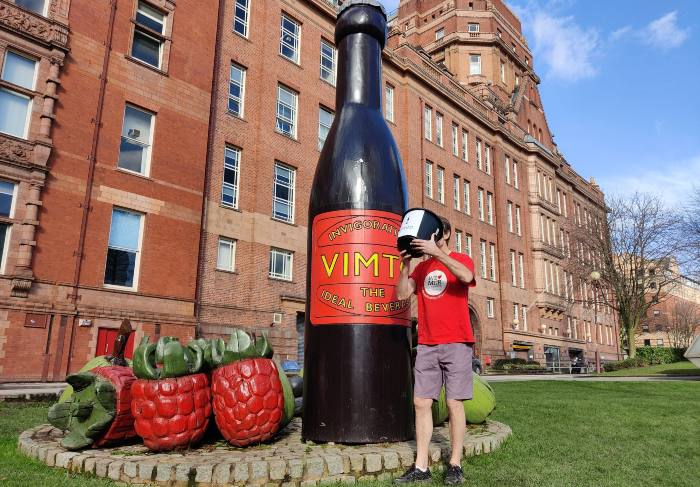 In 1910, because the Granby Row premises had become too small, they moved to a warehouse at Chapel Street, Salford, then to Old Trafford (1927) and then (1971) to a state of the art plant in Wythenshawe.

We love the purple drink so much it even has its own statue, a sculpture called A Monument to Vimto (1992), carved out of an oak tree from a sustainable forest by Kerry Morrison, on Granby Row. 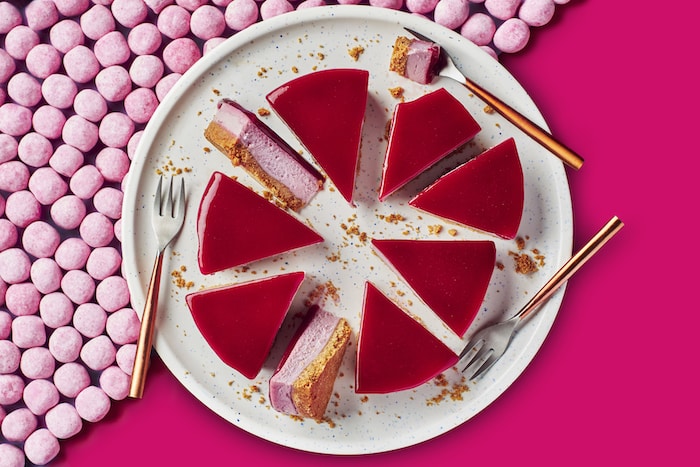 The Vimto Cheesecake features a Vimto-flavoured creamy cheesecake filling which sits atop a buttery crushed biscuit base.

It’s all topped with a sweet purple Vimto glaze, for a two-punch hit of flavour from the century-old titan of British soft drinks.

Sure to be a highlight of any barbecue, picnic or summertime family meal this year, the purple dessert looks destined to become a favourite of Vimto lovers across the country – and especially in our region.

The limited-edition, exclusive dessert enters Iceland freezers in their 950 stores across the country as well as online on 4th August 2021, priced at £3 for a 400g cheesecake.