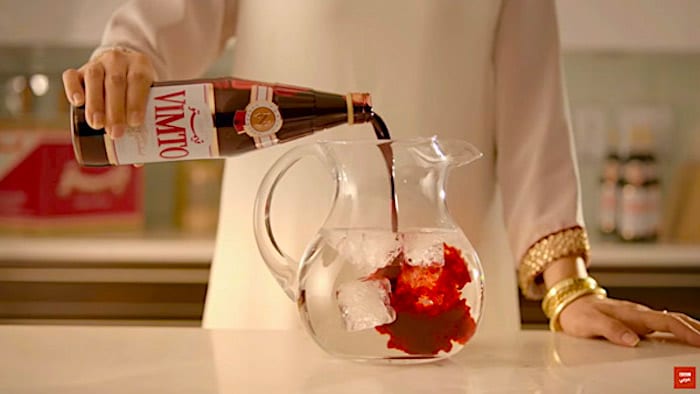 Vimto has been tickling the world’s tastebuds for more than 100 years. But who knew that a soft drink invented in Salford in 1908 could become an instrument of cultural change in ultra-conservative Saudi Arabia 110 years later?

For there’s more to Vimto than a fruity cordial in a bottle. In the Middle East, one of Vimto’s biggest markets outside the UK, 35 million bottles are consumed every year, mostly during the Muslim holy month of Ramadan.

In the Vimto factory run by the Aujan Beverage Company in Damman, capital of Saudi Arabia’s eastern province, 60 of the employees are women.  They are in the vanguard of dramatic cultural changes in the kingdom where more and more women are joining the workforce.

“I visited the factory in October and met all 60 of the women,” says Marnie Millard, chief executive of Vimto’s parent company, Nichols. 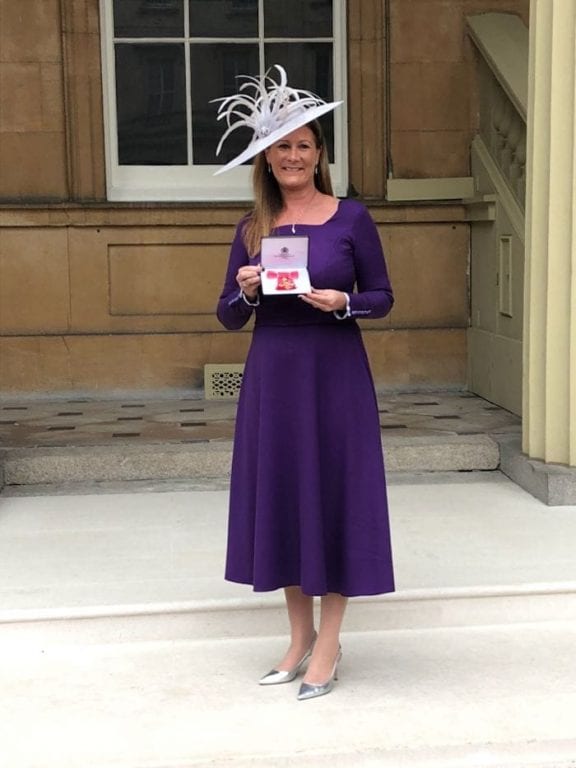 “They were really being empowered and it was great to see how committed they were and hopeful about the future.”

Marnie, who is named after the title character in Alfred Hitchcock’s 1964 film, joined Nichols as managing director in October 2012. Just eight months later, she rose to the position of CEO.

Since then, Marnie has overseen the international growth of a number of brands including Vimto, guiding it to its highest ever global value.

In recognition of her contributions to business in the north west – she is also chair of the regional Confederation of British Industry (CBI) – and international trade, she was recently awarded an OBE in the Queen’s birthday honours list.

Marnie received the honour from HRH Prince William at Buckingham Palace, following her 20 years of service to the soft drinks industry.

Moving to the north 25 years ago, Marnie has become an instrumental northern leader, an advocate of the Northern Powerhouse movement and actively involved in promoting the migration of big businesses to the north.

Alongside figures including Mayor of Greater Manchester Andy Burnham, Marnie has worked tirelessly to build upon the Northern Powerhouse momentum, forging her name as a powerful figure in northern enterprise.

Speaking about receiving the award, Marnie said: “It was an incredible day; I loved every minute. It was an absolute honour to meet Prince William and to be recognised as someone who is helping our businesses continue to drive change across the UK and on a global scale.”

She said of her dress, custom made by Manchester-based designers Careaux: “I can split the dress apart and wear it as separates in the future, so it won’t be left in the back of the wardrobe! It is a bespoke garment which was designed to suit my shape and style, down to the last stitch – in a very apt Vimto purple.”

Marnie has now her sights set on continuing to grow the Nichols empire and supporting young people in the UK who want to get into business through apprenticeships and internships.

Vimto arrived in the Middle East in 1928, having been invented in Manchester 20 years earlier by John Noel Nichols, a wholesaler trader of herbs, spices and medicine.

He launched his new concoction as Vimtonic, a herbal tonic to give “vim and vigour” to those who drank it. Before long, the name was shortened to Vimto and it was registered as a medicine which could be diluted with hot, cold or soda water. Advertisements from the early years claimed it “builds up the system” and “eliminates that out-of-sorts feeling.”

In the early 1920s, Richard Goodsir, a representative of the Kiwi boot polish company and a friend of John Noel Nichols, took a few samples of Vimto cordial to India with him for local bottling plants to try out.

There was a ready made market on hand in the form of British troops, but the locals also developed a liking for Vimto and its popularity soon spread to neighbouring parts of the British Empire, including Ceylon (now Sri Lanka) and Burma (now Myanmar).

When Indians began flocking to the Gulf to take up clerical jobs, many of them took some Vimto cordial with them. And that’s how Abdulla Aujan & Brothers in Saudi Arabia came upon it.

Invented at the height of the anti-alcohol Temperance movement in Britain, its non-alcoholic content made it both suitable and appealing to Muslim consumers. The company struck a deal to become sole importers and distributors of the cordial.

It was shipped in crates from Salford, offloaded in Bahrain and transported around the Arabian peninsula in dhows. In 1979 Aujan & Brothers, began producing Vimto under license at a factory in Damman.

Now produced in the UK in Warrington, the site of the original Salford factory is now a new residential development dubbed Vimto Gardens, just off Chapel Street.