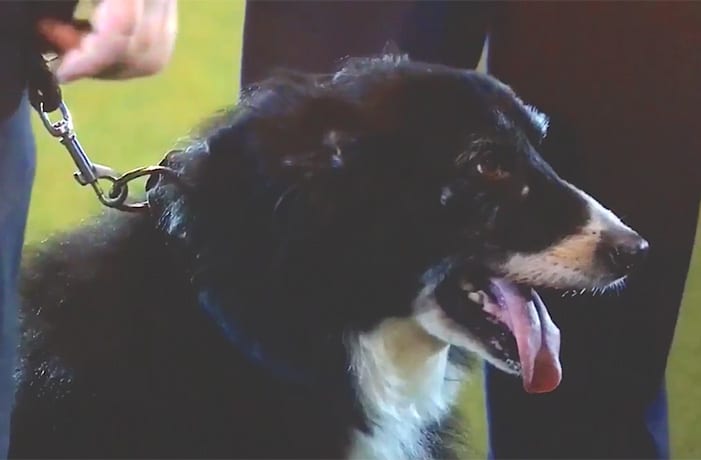 Dogs have the leading role in this week’s good news. With special training, these amazing beings have been able to save lives and bring comfort to people in need.

British Transport Police Mojo and his handler PC Phil Healy worked on the Victoria station concourse to ensure safety of the emergency services and then searched for other explosives in the area.

“Mojo was different that night,” said PC Healy said. “Just like you get to know a colleague, I know him, and I could tell he was upset at what he saw and he didn’t want to be there.

“Nevertheless, like the true professional he is, Mojo worked on through the night, clearing the area until 7am. Even then, on the way home, we had to respond to another call of a suspicious device.”

“The award at Crufts is a touching way to end Mojo’s incredible career as he prepares to settle into his retirement.”

The atrocities Mojo had to witness last May left him mentally scared, PC Healy told The Mirror in September: “On the night of the arena attack, it was such a long, long day – he did 11 hours of searching there.”

“About a week afterwards, Mojo developed stress-related alopecia. His hair started falling out and we are sure it was brought on by that night.

“Fortunately, it’s starting to grow back now. There are still some patches but hopefully he will be back to his fluffy pom-pom self again soon.

“After the incident, we gave him a lot of down time, increased his food intake and gave him special energy pouches of food when he needed to get back to work.”

Bakery raises money for new location in less than a day

Pollen Bakery has recently announced they want to move to a new site in Cotton Field Warf, New Islington. But when they realised the costs were higher than what they anticipated, they set up a crowdfunding page to make their new bakery space a reality.

Although they’ve only been trading for 18 months from Sheffield Street, their sourdough loaves and artisan cruffins have had people queuing in the rain every Saturday morning.

It’s safe to say they felt the love people of Manchester have for pastry, since they made their £10k target in less than one day and currently reached £17,517.

Amazed at the result, they thanked everyone who contributed: “WOW! Thank you to everyone who has pledged so far, we cannot thank you enough.”

The additional funds will go towards a pastry dedicated oven, something they’ve always dreamed of having:

“Up to now we have been baking pastries in our bread oven which is OK but not ideal. The bread oven has a tendency to dry pastry and cakes, which can make the pastries drier and crispier than we would like.

“The pastry oven bakes very evenly and gently leaving a super fine crisp outer layer and a soft, airy interior. Pastry may never be the same again. We would also be able to bake all our cakes in it too which means we can bake more for everyone. Win Win.”

Pollen’s new home will have seating for a small café and a bigger baking space, which will help them to reflect their work core values: quality and community.

No one loves a #snowday more than we do! 🐾 This is heaven to us but hope you hoomans have stayed safe & warm wherever you've been 🌨💜 #dementia #pettherapy pic.twitter.com/unFKT0zzFC

When their fathers got diagnosed with dementia last year, Adrian Ashworth and his partner Claire Day founded Therapy Huskies, a concept meant to help patients suffering from this condition, the MEN wrote.

The specially-trained Siberian huskies take their work very seriously and are using their skills to help bring comfort to people with illnesses or near the end of their lives.

The pair soon realised their four huskies, Stormy, Thunder, Thor and Binny Boo, were reacting differently to the two men who were still in the early stages of diagnoses.

Adrian said: “Thunder knew beforehand. When my dad first started to forget things, he would kiss him and sit at his feet.”

The dogs are well-known across the country and even in demand world-wide. However, they recently dropped by to meet visitors to the Together Dementia Support group – a not-for-profit organisation in Manchester which offers support for people living with dementia and their carers.

Photographer Adrian, who says the dogs are like his kids, says he couldn’t be prouder of them and would love the opportunity to make Therapy Huskies his full-time job.