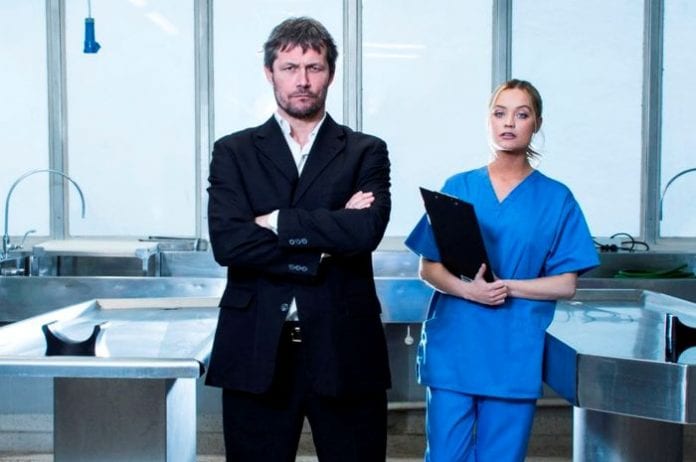 Remember Charlie Stubbs? The builder who had a series of abusive relationships on Coronation Street before he met his match in Tracy Barlow. He’s back in town.

We mean award-winning actor Bill Ward. He spent ‘three very happy years’ in Manchester – ‘a really friendly busy vibrant city’ – playing Charlie in 418 episodes of Corrie. And he’s back in town next week when he takes to the stage in Not Dead Enough at the Opera House.

So how did it feel to play one of Britain’s most hated men in Corrie?

“He was a very clever man with a very active mind,” says Bill. “Very controlling. In the real world, people like that are pretty unpleasant. But from an acting point of view he was great fun to play as the writers wrote some fabulous stuff.”

To research the role, Bill got in touch with Women’s Aid, a domestic violence charity, who helped him get inside the head of a character like Charlie and put him in touch with women who had been physically and mentally abused by their partners.

“He enjoyed taking people apart – which is what he did to Shelley. He tried to do the same thing to Tracy Barlow but she wasn’t having it.”

Ten years on, he’s still an ambassador for the charity.

After Charlie’s untimely death at the hands of Tracy, Bill went on to appear in a number of TV shows including Midsomer Murders, Casualty and Silent Witness and appeared in the West End in Viva Forever and Million Dollar Quartet before turning up in Emmerdale as James Barton – a character in many ways Charlie Stubbs’ polar opposite.

“That’s why I did him,” says Bill. “He’s almost the antithesis of Charlie. He wasn’t smart and he wasn’t clever. He was a family man and a do gooder. He kept trying to do the right thing, but ended up trying to please so many people he ended up doing the wrong thing.”

James has been acclaimed as ‘one of the most fiendishly clever crime fiction plotters’ and his international bestselling Roy Grace novels have been published in 36 languages and sold over 18 million copies worldwide.