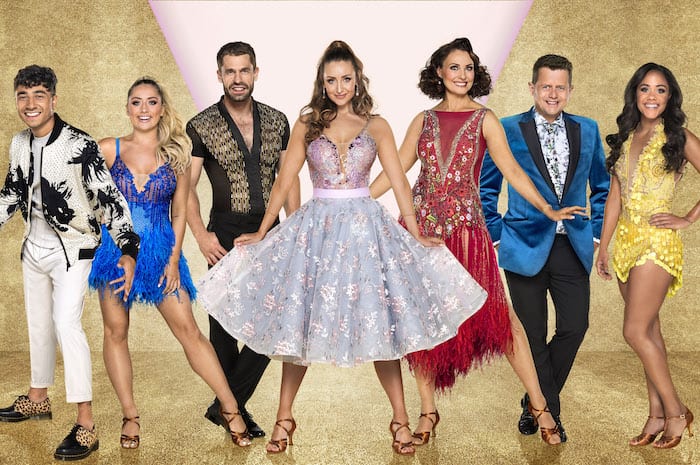 Fans of hit BBC entertainment show Strictly Come Dancing always eagerly await the announcement of who will head out on the live arena tour which heads to Manchester in the new year.

But this year’s big reveal is not without controversy.

While all of our north west based contestants on this year’s show will line up on the live tour, which heads to Manchester Arena in January, some Strictly favourites do not – to the dismay of fans.

We will get to see former Corrie star Catherine Tyldesley resume her magical partnership with professional Johannes Radebe, alongside Oldham’s Kelvin Fletcher who is hotly-tipped to win the Strictly glitterball and Manchester-based BBC star Mike Bushell, who became the latest star voted off the show on Sunday night.

But the big name missing from the line-up is Michelle Visage, who Strictly fans saw compete in the shock dance-off for the first time on Sunday night against BBC Breakfast’s Mike.

Drag Race UK star Michelle had been hotly tipped as a finalist on the TV show, after a string of sultry performances with her dance partner Giovanni Pernice that earned praise from the judges.

Also missing from the remaining contestants on the BBC show is popular comedian Chris Ramsey.

Michelle has already spoken out to say she’s “gutted” she won’t be involved on the live tour in a string of tweets in response to her fans.

Meanwhile Walkden-born actress Cath said she was “heartbroken” Michelle wouldn’t be joining her on the tour.

It was a comment echoed by fans, who expressed their dismay on social media that both Michelle and Chris were not in the lineup. 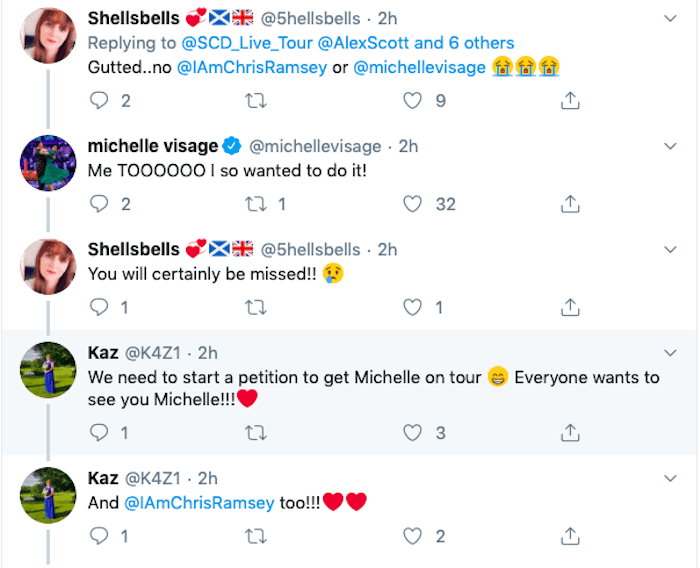 We have asked the tour organisers for comment on why Michelle and Chris aren’t in the 2020 live tour lineup and are awaiting a response.

The seven stars who are confirmed for the tour will don their sparkling dancing shoes and foxtrot up and down the country on the 2020 live tour showcasing all the amazing choreography that Strictly is known for.

They will be joined by new tour host and reigning Strictly champion Stacey Dooley, and the tour judges Shirley Ballas, Craig Revel Horwood (who also directs the tour) and Bruno Tonioli. The line-up of professional dancers will be announced soon.

Tickets for the Strictly Live Tour, which will play for four shows at Manchester Arena between January 25th and 26th 2020, are on sale now.