Poetry is for snobs. It’s boring and pretentious, right? Wrong.

Tony Walsh’s recital of This is The Place in Albert Square following the Manchester Arena terror attack shows how powerful poetry can be.

Manchester is a city of poets. The poet laureate, Carol Ann Duffy, teaches at Manchester Metropolitan University, whilst the chancellor of Manchester University, Lemn Sissay, is also a poet.

And there’s plenty of grass roots poetry going on in Manchester, especially when it comes to open mic events and poetry slams you can get involved in. These include Bad Language hosted by the brilliant Fat Roland, Pen:Chant, Verbose, Ode and many more.

From the street-smart wordsmithery of ARGH KiD to the social sting of Claire Mooney, there’s lots of local writers well worth reading and listening to. Here’s a sample.

Andrew McMillan’s poem, Manchester, is a modern-day interpretation of William Wordsworth’s Daffodils. Rather than a rural landscape, the setting is Manchester. Andrew, who works at Manchester Metropolitan University, says of the poem: “It’s great to celebrate this city that I love. I live in Manchester and have walked by the places in my poem every day. That’s the job of poetry – to make us look again at the everyday.

“Romantic poetry, like Wordsworth, has given us a notion that great poetry is about the landscape, about pastoral places, so it’s been a great challenge to rewrite Daffodils in an urban setting. Hopefully people will try it for themselves, writing a poem in celebration of where they’re from, because everywhere is worthy of writing about.”

This Longsight lad delivers street-smart words with northern wit. David Scott aka ARGH KiD has given us pieces like Nanna Calls Me Cock, takes on difficult subjects in verses like Tearaways, has been poet laureate for Kendal Calling whilst 99 Memories was used in the run-up to the Europa League Final in his role as UEFA League Cup Final poet. His words were also used to celebrate the Mayfield development and he has featured at festivals far and wide including Blackthorn and Rec Rock.

Jackie Hagan is a hard hitting poet who puts two fingers in the face of formal convention and shines a light on working class culture, struggle, drawing on the dark humour of coping. She reflects on her own experiences too, including having her leg amputated – which became the subject of an award-winning solo show Some People Have Too Many Legs. Her second solo show This Is Not A Safe Space, is upcoming and premieres at Contact Theatre on 27th and 28th October 2017.

A former librarian who brings poetry to unexpected places – including his own performances in prisons, hospitals, children’s homes and teaching people about how we can connect through words. He put together the collection God is a Manc, wrote a poetic tribute to Tony Wilson entitled St Anthony and his latest collection is called Men’s Mournings. You may also know him from reading Arm Bands on the Nationwide Building Society advert. 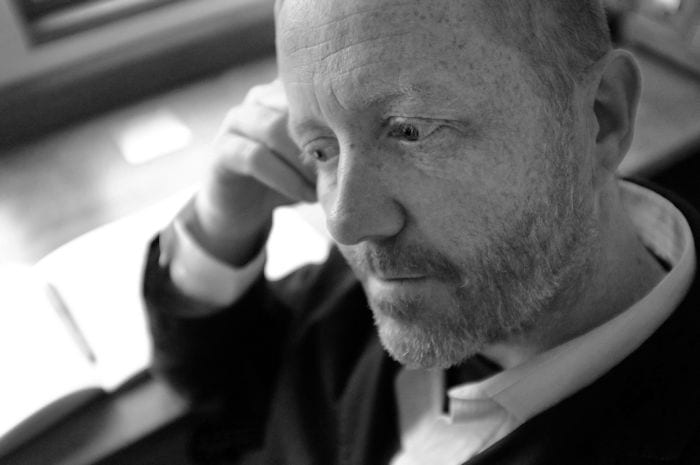 Professor at the Manchester Writing School who has recently published Mancunia, a collection inspired by the city and its history. Here we come across characters like a merchant mariner, the co-ordinator of misreadings and even the superintendent of public spectacles. He also authored Edgelands with Paul Farley, which explores the familiar yet oft-neglected places in life – think gravel pits, mobile masts and even business parks on the edge of Trafford. Author of Men Who Sleep in Cars and The Stately Pleasure Dome, a poem about the intu Trafford Centre which was broadcast on BBC Radio 4. 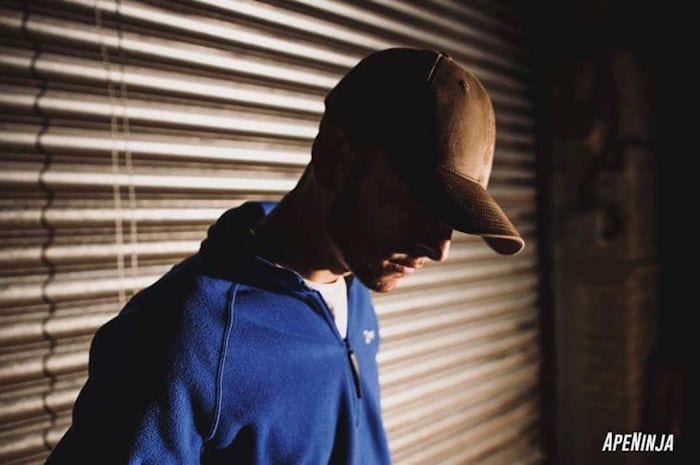 Here is a fast-paced urban word wonder, who reels off poems like rap and is a self-confessed Grimeaholic. Great if you want a taste of poetic flair mixed with musical daring – drawing on themes of growing up, crime, love and loss. His pieces include Sewer Side Love and Bell Tower and he was also part of the Manchester Voices launch, performing to an audience at Central Library.

Hosts Spoken Weird poetry nights, played a key part in Afflecks Creatives and was recently part of The Other Side of Violet Spoken Word Extravaganza in Manchester. She approaches poetry with gusto, delivering punkish pieces which shine an honest light on modern life. From lines about love and identity to reflecting on times of synthpop-intensity, she stirs up something worth speaking about. Her book The Dance of a Thousand Losers is out now.

Dialect and song delivered with a smile. Sid Calderbank is a traditional dialect poet who has been researching and collecting songs, stories and poems of old Lancashire for the past 30-odd years. He’s determined to keep the ancient language of our area alive, as he showed in reciting a number of traditional verses at The Manchester Voices project launch at the Central Library and regularly performs across the county.

Described as The Man Who Killed The Hamsters in his biography by Stephen Dobson, Ian Keith Moss is a 1970s Manchester punk musician who adds edginess to poetry. The German Shepherd records co-owner is set to release two volumes of new material on the label – 39 songs of his spoken-word with a musical backing. The first, Words and Music, will be released on 22nd September, the second, Music and Words, a fortnight later. All proceeds from sales will be donated to UNICEF.

Kim Moore published her first collection The Art of Falling back in 2015. She’s also been shortlisted for the Forward Prize and the Michael Marks Award, and in 2014 she won a Northern Writers Award. She puts together verses like My People which encourage you to look at the life around you in a different way. She also takes part in live readings including Bad Language. 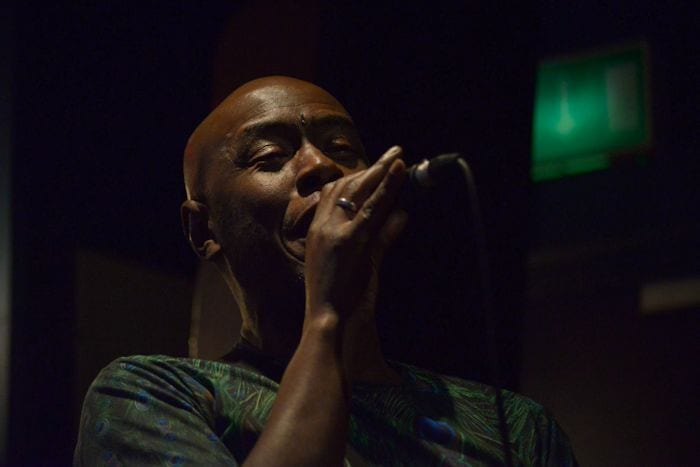 A word-spinning, soul-brimming performance poet, DJ and radio presenter who came to Manchester from London in 1986 and has been making an impression ever since. He’s added an other-worldly spoken-word element to gigs including Some Kind of Illness’ Manchester performances, co-created the Speakeasy and Wordsmith groups and helps host Ode spoken word nights in the city centre.

A writer who brought joy as creative-in-residence at Afflecks where she inspired hundreds of people to release their inner writers and artists. She’s also gained a reputation as a prolific performance poet across the country. You may also recognise her from the Nationwide Building Society adverts. Her attempt to do 60 things before she turned 60 last year turned into a show, followed by an ongoing 61 things before she’s 61.