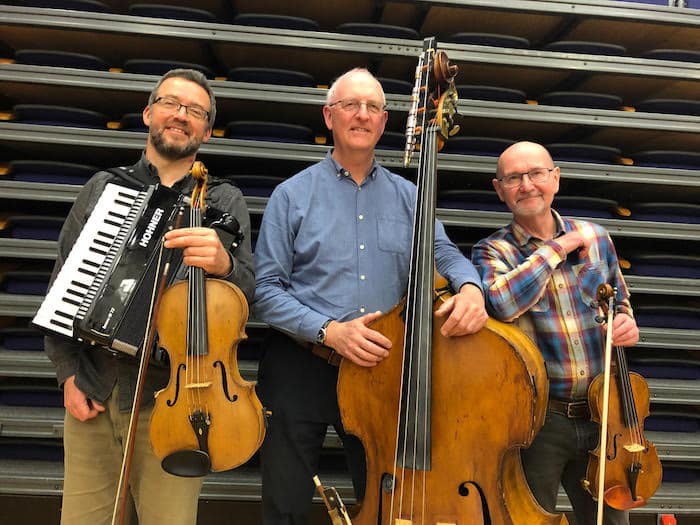 As the BBC Philharmonic Orchestra approaches their Centenary year, I love MCR caught up with Peter Willmott, their longest serving player to get a feel for life with one of the UK’s most celebrated orchestras.

On Sat 15th Oct, the orchestra is celebrating its centenary year with a concert at Manchester’s Bridgewater Hall showcasing what it does best: sharing music with the masses by continuing to laud Beethoven’s enduring popularity and championing rarely performed and newly written music.

You can buy tickets here.

Mr Willmott, from Altrincham has played with the BBC Philharmonic for 50 years, following in his dad’s footsteps.

“I began learning the violin because of my dad, who played in BBC Northern Orchestra back in 1955 – which is is now the BBC Philharmonic, got me into it.

“He wanted me to be a violin player, so i started when I was 7. I wasn’t particularly taken with it but I did it because my dad told me to!

“When I was about 14 I decided no I didn’t want to play violin forever so i gravitated towards the double bass.

“I could see the lads on the other side of the orchestra playing these big instruments and I thought it looked so cool, and you can use them for loads of styles of music. I had just begun to get into jazz and some rock and roll music like the Beatles.

“I couldn’t see how the violin fitted into all that.”

Peter attended the Royal Manchester College of Music after school, which co-incidentally was pulled down the year after he left.

He said he hoped the two incidents weren’t connected.

The site is now the Royal Northern College of Music.

Following graduation at 21, Peter said he was at a bit of a crossroads as to whether he wanted to pursue his dream of becoming a guitarist or to stick to his classical roots as a classical double bassists.

However, fate struck and a job came up as a musician in the BBC symphony orchestra on double bass that was too good to resist.

“My dad actually suggested I go in for the role, I had absolutely no expectations of getting it though.

“Something like this would just never happen these days. Usually these things go on for years. It was most unusual but I got the job and haven’t looked back ever since.”

He ended up playing in the Orchestra with his dad, who played violin crossing over for one year before he retired at 60.

“It actually was a complete embarrassment!! I was only 21 plying in an orchestra my dad was in – luckily we only played together for a year. It was a huge relief for me because I did find it embarrassing having dad there!”

Mr Willmott has toured the world with the Philharmonic, including North America, South America, Japan, China, North Africa, All around Europe, The Middle East and North Africa.

“Touring has been one of the huge highlights, seeing the world, different cultures and playing with different musicians all over the world. I think that’s been my favourite part of being with the orchestra.

“Another of the big highlights is playing the Proms at the Royal Albert Hall in London. It’s one of the most special venues going, it’s always a bit of a thrill.

“I love the Albert Hall for performances, but also absolutely love the Bridgewater Hall. What a fantastic venue that is too, the acoustic is one of the best going.”

When asked who are some of the best musicians he has worked with, Peter said Sir Mark Elder, music director of the Hallé Orchestra, Sir Simon Rattle, Nigel Kennedy and Sir Georg Solti included some of the long list of highlights from his playing career so far.

There are seven members of the double bass section in the Philharmonic, and for five years now they have put together a rock band called Cover All Basses, who perform charity gigs all across the North West.

“It started as a bit of a fantasy idea we’d talk about – but here we are! One of the people I’ve sat next to for nearly 35 years now bought a guitar asked me to show him a few chords and we were away!

“We were fantasising about having a band and a world tour, and what numbers would be on our first record. One day we just went for it!

“Others in the section wanted to get involved and we’ve now done about 15 gigs, mostly charity things. We’re doing a Children In Need fundraiser at the Dockyard in Media City on November 10th at 6:30pm. 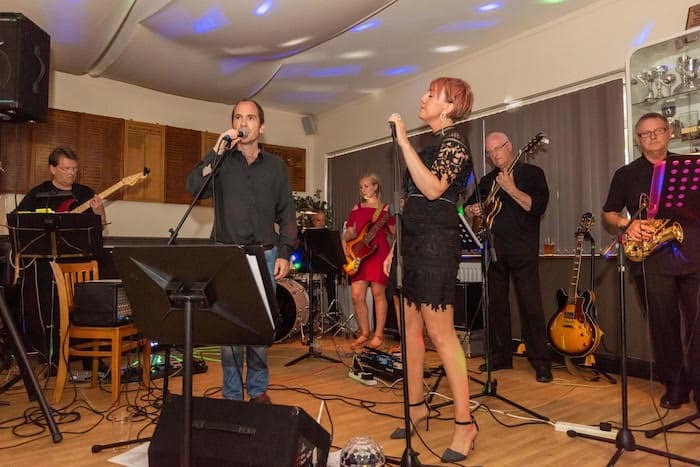 “We do pop rock and classic covers, stuff like that. It’s been great fun.”

Peter has also put together musical arrangements for pop bands such as S Club 7 and Mis-teeq at Prom in the Park at Hyde Park.

Congratulations from everyone at I Love MCR for a fantastic career so far Peter!