With a fresh seafood counter, a menu of seasonal small plates, a seating area spilling out onto the street, and a range of wines that would rival many top bars, Farm & Fish on Monton Road is not your typical butcher’s shop.

Inspired by butcher’s shops and delis on the back streets of Rome, the collaboration between the Butcher’s Quarter in the Northern Quarter and Wandering Palate in Monton opened in March.

A combination of butcher’s, fishmonger, deli and cafe bar, the team prides itself on sourcing the best possible produce – and their enthusiasm is infectious. 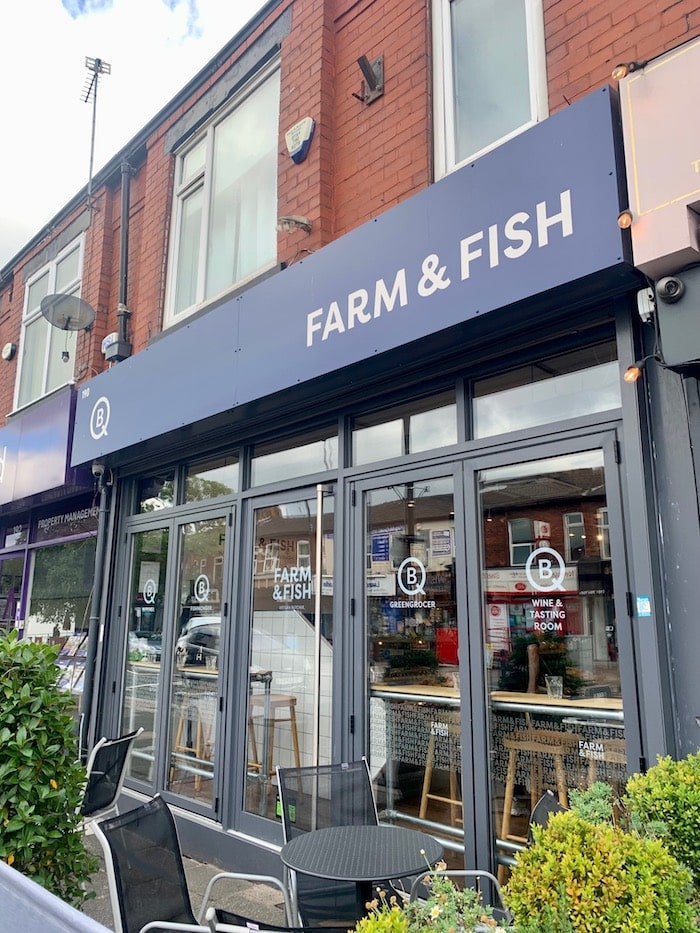 “We were looking for a new site, somewhere where we could do fish,” says manager Charlotte, who joined the Butcher’s Quarter from Hawksmoor, where she also honed a passion for wine.

“We met Will and Emma from Wandering Palate when we were both nominated for best independent retailer at the Manchester Food & Drink Festival Awards.

“There used to be a butcher’s shop in Monton, and everybody goes on about it.

“So we decided to collaborate.”

That kind of collaboration and building relationships with other independents is important to Farm & Fish, who source much of their produce from ‘one man/woman bands’ or family businesses that have been doing their craft for many years. 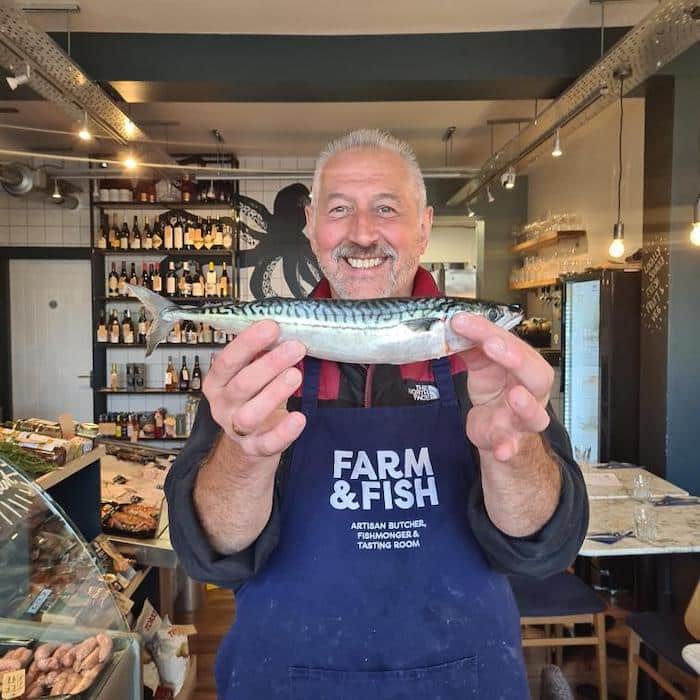 “One down south, who supply 80 of the top 100 restaurants in the UK, so lots of Michelin starred places. The way we work with them, they tell us what they’ve got and it’s with us the next day.

“Usually the way it works is the fish goes to market and then comes to you, so it’s already a couple of days old, but this comes straight to us. 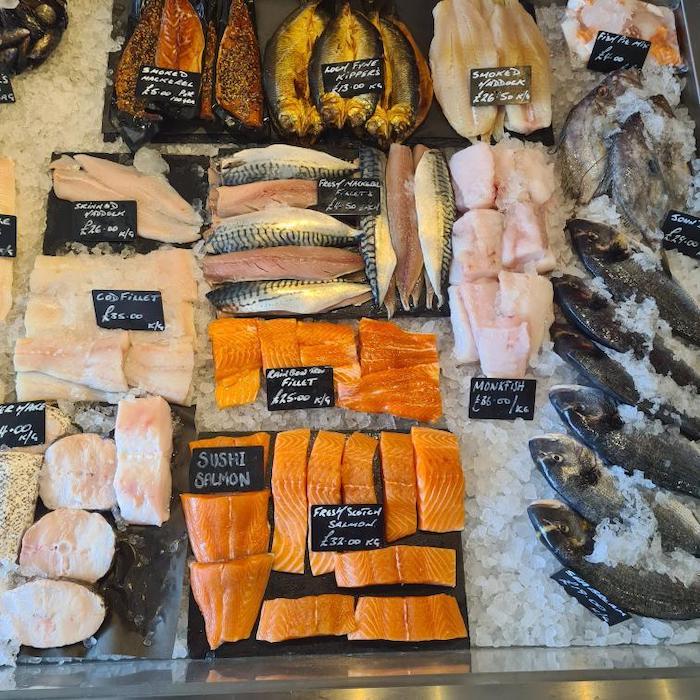 “And we’ve got a supplier in Scotland, too. They’re excellent. You can’t beat Scottish seafood like langoustines and oysters.”

Farm & Fish’s beef mainly comes from three local farms – one just north of Manchester, and two in Cheshire – and is dry aged in-house for a minimum of 30 days so it drains the water out and concentrates the flavour, making it more tender.

“I like to use lady farmers where possible. There’s a lady called Jane who we use in Cheshire, she specialises in Dexter, a rare British breed. And we use a farm in Cumbria who specialise in Belted Galloway, and she does Saddleback pigs, too. 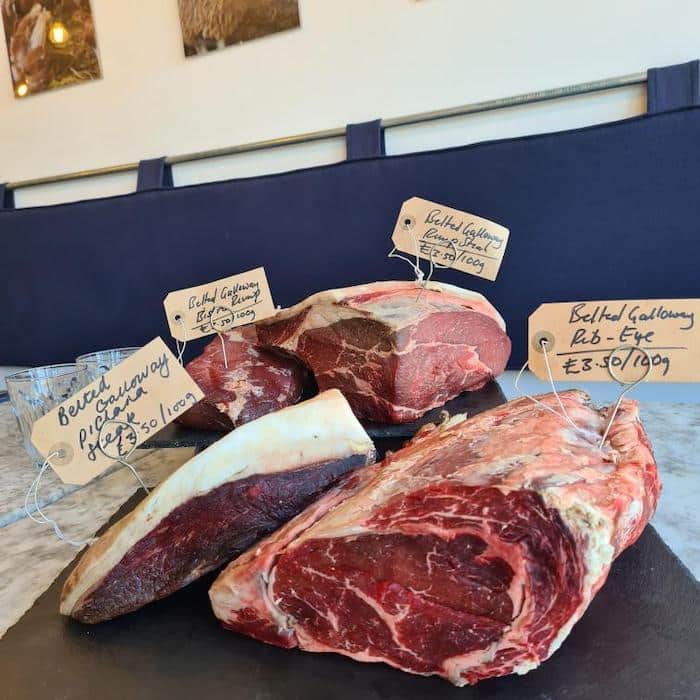 “Our lambs come from a gentleman called John, they come in whole and are butchered here. Him and his family have a farm in Ramsbottom, and he has a sister with a farm in Suffolk, too. He hand delivers to us every week.

“And his daughters do our eggs – they asked him if they could have some chickens and sell the eggs when they were little, and now they have a flock of about 500. All the proceeds from that go into their university fund.”

Pork and chicken come from Packington (“it’s free range and they’re all about sustainability and ethics”), while plump sausages are made in-house from off-cuts.

“The sausages are made from trimmings from the good stuff you see on the counter, so we waste the minimal amount,” says Charlotte. 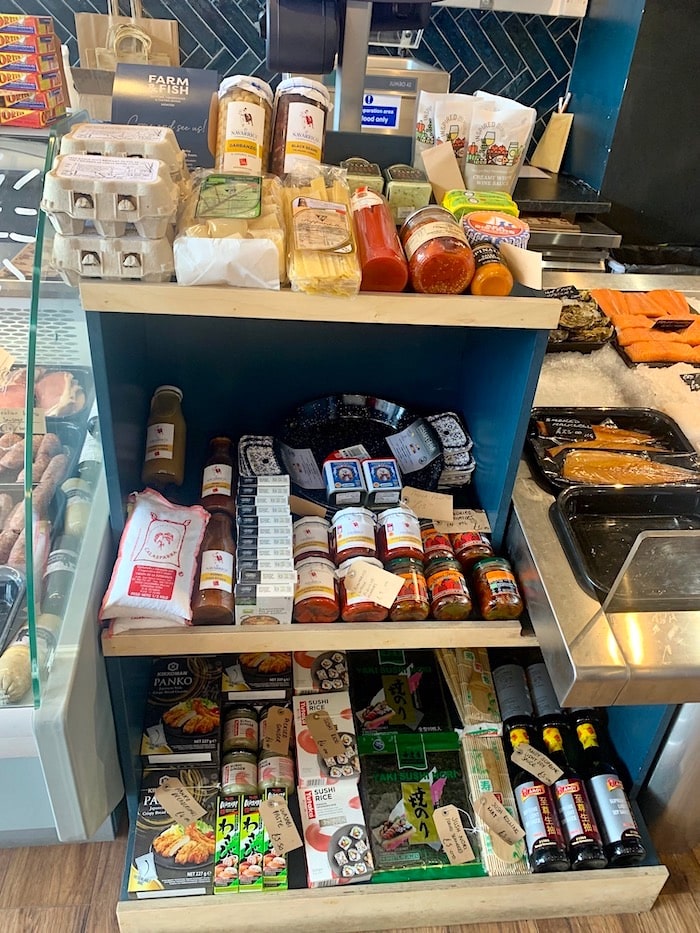 As well as stocking up on meat, fish, deli items, eggs and butter, wines, and even fresh vegetables – this really is a one-stop shop for top produce – you can also take a seat and order something to eat from the succinct, seasonal menu of small plates along with a glass of wine.

“The owner, Martin, bought Butcher’s Quarter in 2019, when it was just a butcher’s shop,” says Charlotte.

“He used to spend quite a bit of time in Rome, and a lot of the butcher’s shops there also offer small plates, so we’ve slowly just got more and more into that kind of thing.” 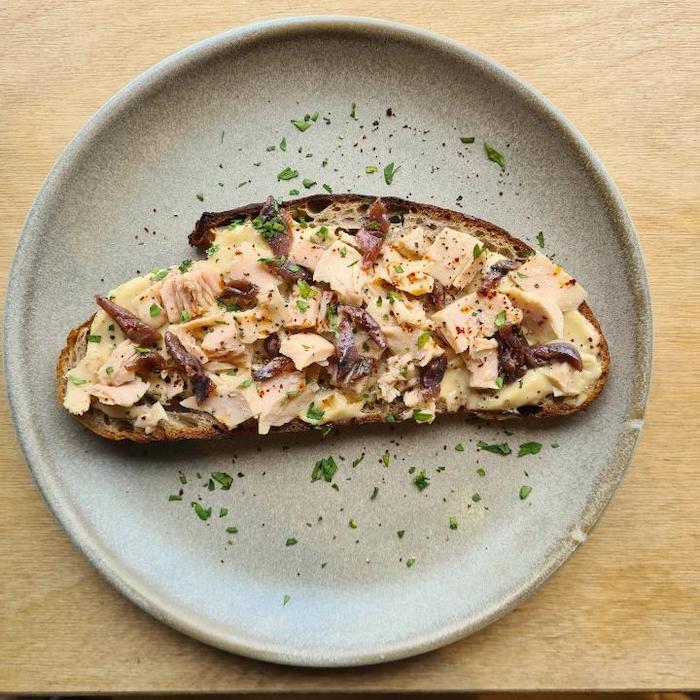 The dishes are made using the produce from the counters and change regularly, from the likes of Loch Fyne oysters (also available baked with garlic and herb butter) and beef fillet carpaccio to Scottish mussels and locally sourced heritage tomato salad.

There’s also a breakfast menu, served until midday daily and all day on Sundays.

As well as butties using top quality bacon and sausages, proper black pudding and their own brown sauce – a collaboration with Salford-based DevilDog, served on sourdough from Holy Grain in the Great Northern Warehouse – there’s also Ortiz anchovies or fried eggs with truffle butter. 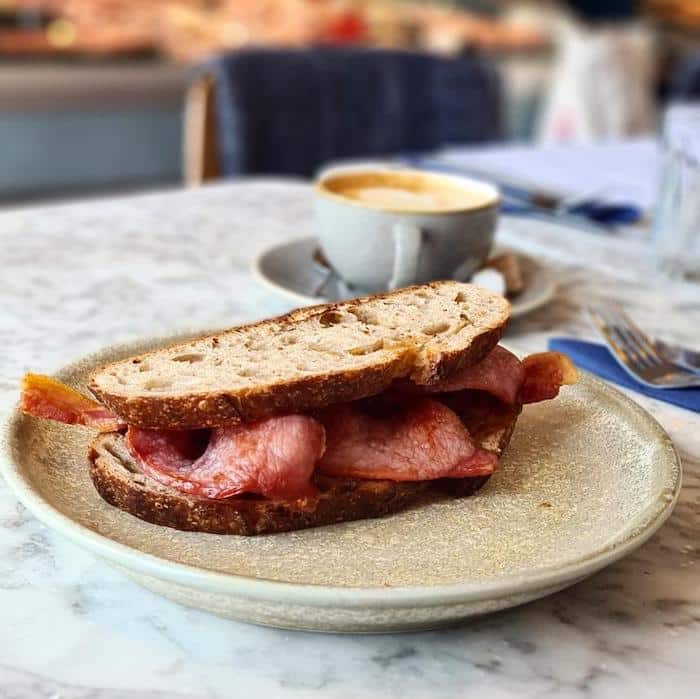 “We do supper clubs, where I’ll invite a chef to come in, they look at everything we’ve got on the counter and talk to the butcher and fishmonger, and then they create their own tasting menu, and I do wine flights alongside it,” explains Charlotte.

“So it’s a proper sit down meal, but nice and intimate, just for 16 people.” 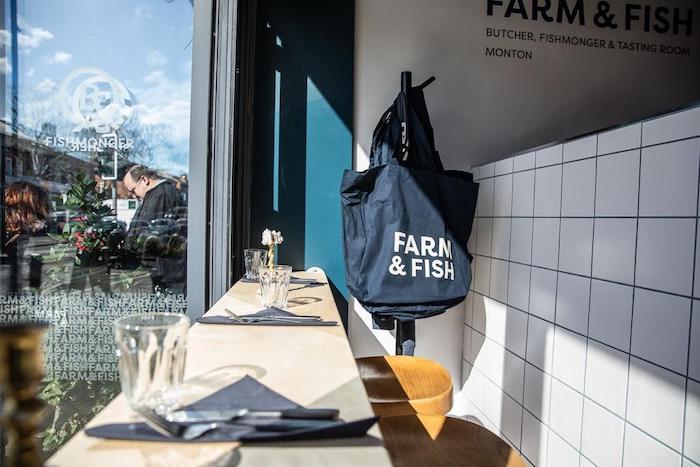 They even do their own gin – a collaboration with Manchester Gin, infused with bone marrow.

“I thought that sounded awful at first, but they’d done one with Mana previously using oyster shells which really worked, and once I tried it it was incredible,” laughs Charlotte. 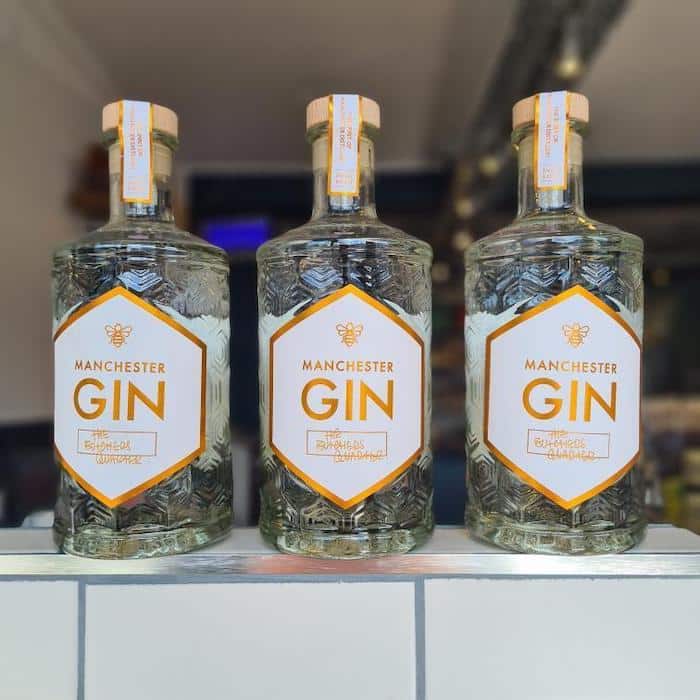 “It’s almost as though it’s been fat washed, it makes the most incredible dry martini, and it’s really good in a gin and tonic, too.”

You can try it for yourself, sold by the bottle to take away, or in their spicy Red Snapper cocktail.

Like we said, this is not your typical butcher’s shop.