Raising the steaks: Hawksmoor Manchester just gets better with age

You know the Hawksmoor drill: beef, wine, cocktails and proper puddings. All the best things in life, done simply, and done well.

The Manchester branch of the beefy chain, which was the first outside London when it opened in 2015, is a former late Victorian courthouse on Deansgate. The elegant interiors feature reclaimed materials from the era including parquet flooring and glazed tiles.

A hugely-anticipated addition to the city’s dining scene, it fitted in straight away. If anything, like its serious steaks and winning wines, it’s just improving with age.

My lunch starts with a quick steak masterclass, and a huge board featuring the various cuts on offer. It’s kid-in-a-sweetshop time.

The rump cap is a glorious dark burgundy, with a layer of fat on top. “It’s relatively firm in terms of texture, but still quite tender because we dry aged it for 35 days,” says our server. “You can see it’s slightly darker in colour than the others. That’s part of the ageing, and partly because that muscle works so hard. It’s nice and rich.”

Sirloin appears three times on the board – on the porterhouse and the T-bone, and as an individual steak. It’s a bit more tender than the rump, because it does less work, says the server, who believes it’s a good middle ground steak because it’s tender but it also has a nice fat content that renders down during cooking. 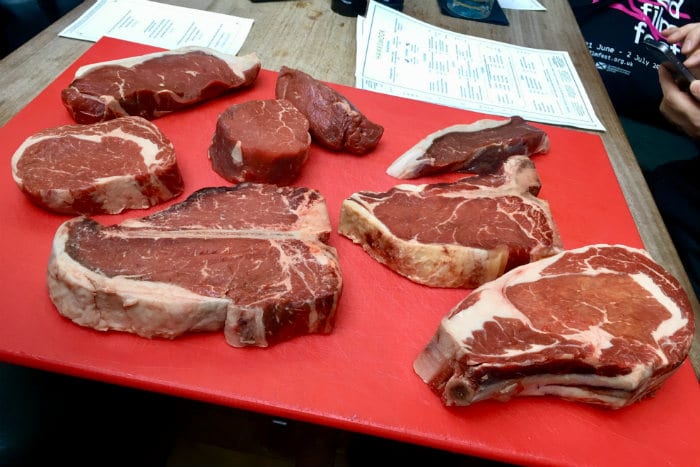 The T-bone and the porterhouse have a distinctive T-shape – the difference between the two is the amount of fillet you get on them. And being cooked on the bone, you get loads of flavour.

The fillet or chateaubriand is very lean, and very tender. It does the least work, and the flavour can be quite subtle. “They command such a high price because you have such a small section of fillet on the animal,” our server explains. “But the chateaubriand is a bit beefier and a bit more rich.”

The bone-in prime rib is essentially the rib-eye with the bone left in. “You get the eye of the rib, and there’s also a little bit of short rib, so you get some really gnarly flavours there,” explains the server. “There is loads of fat, but it renders down and releases a lot of flavour and loads of beefy juices. It’s the king because of the amount of flavour.” 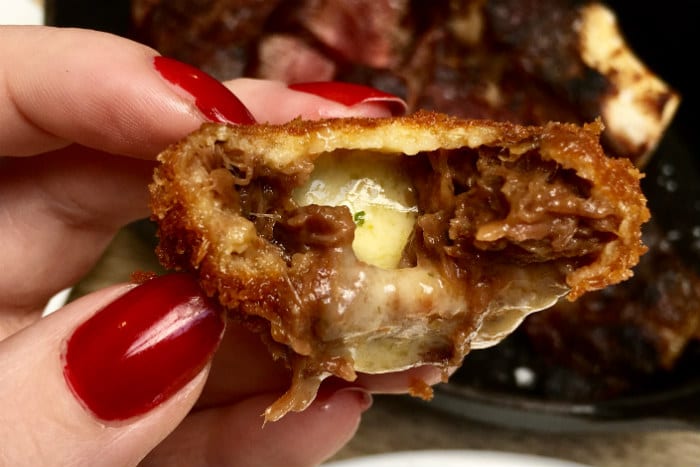 While we wait we devour short rib nuggets, breadcrumbed and deep-fried, the flavourful meat braised and shredded with oozing Ogleshield cheese in the centre. Hell yes. What a bar snack.

The menu is meat-heavy, of course, but also includes some interesting fish options.

A delicious scallop starter sees three plump specimens roasted with white port, tarragon and garlic and served in the shell, while a main of delicate hake fillet is flavoured with rosemary, garlic and a hint of anchovy and topped with golden panko breadcrumbs. 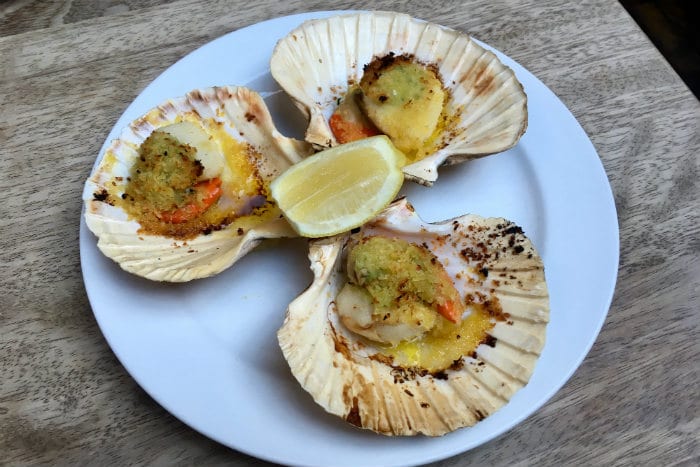 Back with meat, a starter of Old Spot belly ribs is spot on, fall-apart tender and beautifully fatty with a dryrub and a glaze using a total of 17 different herbs and spices.

But what about that steak? 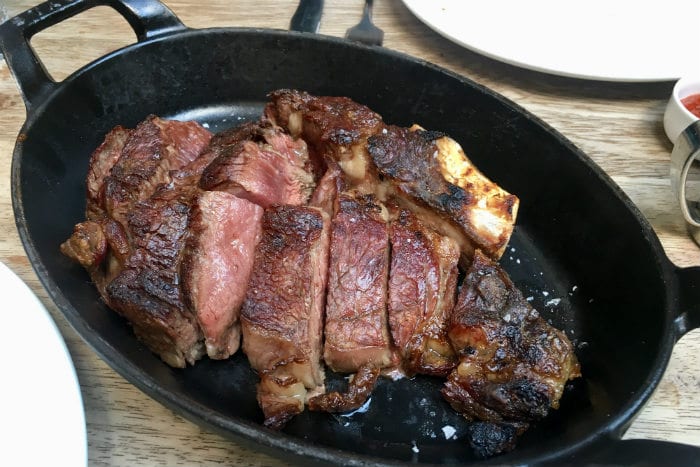 They’re the perfect fries, making all others that have gone before pale into insignificance. We dip the remaining few into punchy hollandaise sauces made with anchovies and the unpasteurised blue cheese Stichelton.

It’s heavenly, and I decide there and then that this is what I would want my last meal to be. 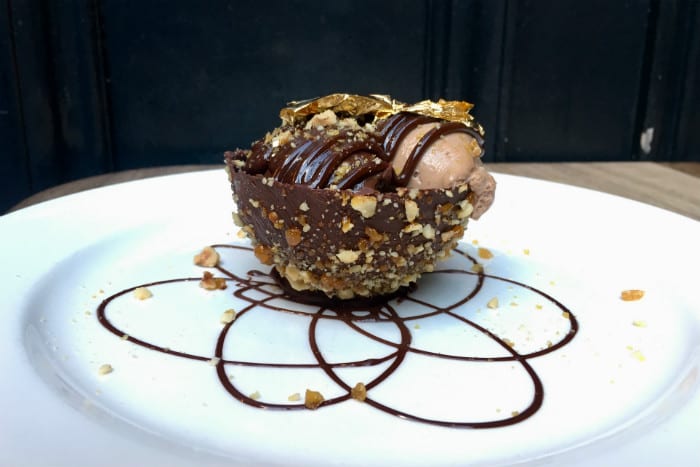 The ‘Ambassador’s reception’, flecked with gold, is a giant chocolate and hazelnut tribute to a childhood favourite that they say they’re not allowed to name for legal reasons. But you know the one. They’re really spoiling us.

Hawksmoor really does get better with age. It’s a class act, and no mistake.