Usually at this time of year, the Manchester United first team and women’s team hand deliver season’s greetings and gifts to patients and staff in local children’s hospitals across Greater Manchester.

This year, for the first time in twenty years due to the current COVID-19 restrictions, players were unable to attend the hospitals to deliver gifts in person.

So instead, they sent presents and virtual messages of support to patients and staff at Royal Manchester Children’s Hospital, The Christie and Francis House Children’s Hospice. 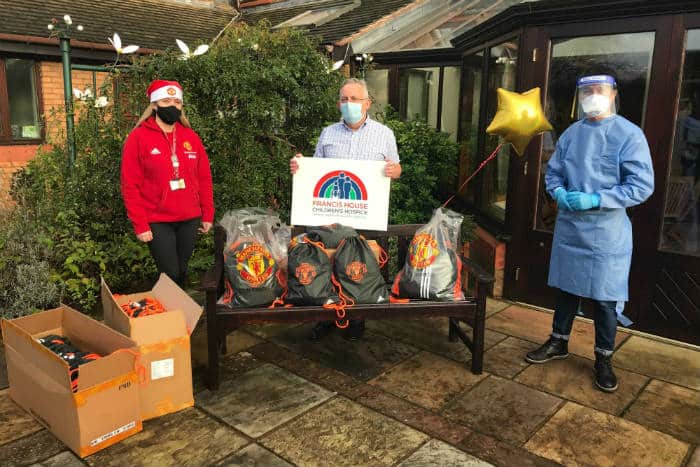 Thanking staff for their continued hard work and sending positive messages to help raise patients’ spirits, both teams sent an array of United-themed presents including shirts, hats and  scarves.

Club captain Harry Maguire expressed the team’s commitment to supporting the young patients even though it couldn’t be done face-to-face.

“The team and I are really disappointed we can’t visit the hospitals in person this year,” he said.

“Last year I attended The Christie and saw how important it was to patients and staff to receive the support and gifts from Manchester United.

“It’s been a long-standing tradition at our club to visit the children’s hospitals and I just hope after such a difficult year, our virtual messages and gifts will put some smiles back on faces.” 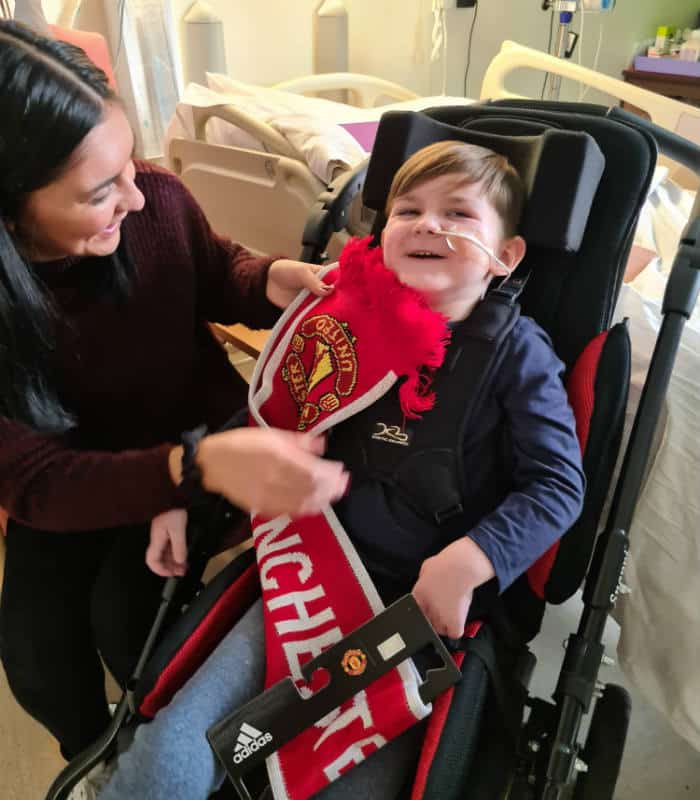 Manchester United Foundation lead the Christmas visits each year on behalf of the club, and this year staff delivered over 500 gifts to the hospitals.

“Some of our young people are receiving treatment over years and can be in hospital for months,” said Hannah Simpson, lead nurse for teenagers and young adults at The Christie.

“In light of COVID, being away from their families and friends and being in isolation, having that support from Manchester United players is invaluable to them.

“Even though we can’t give the patients the face-to-face experience this year, having that interaction with the players via video message is really important, especially  at this difficult time.” 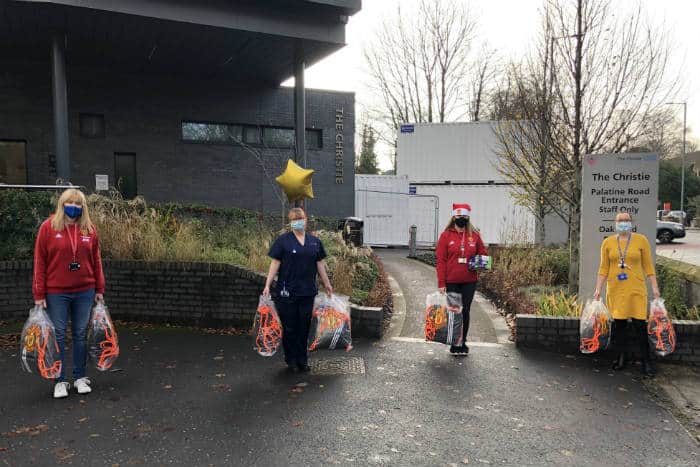 The support follows on from the Santa’s Red Helpers campaign in which staff and players have financially supported Christmas presents and food parcels for those who may otherwise go without.

“Winter is always a very  difficult time for our families because of all the normal ailments and hospital appointments, but under the current circumstances it’s even more difficult,” said David Ireland, chief executive at Francis House Children’s Hospice.

“This visit and the gifts are a real lift for everybody.

“For some people here, any interaction with Manchester United is absolutely brilliant; they are great supporters and follow every match, so it’s a great thing for them.

“In these difficult times it’s great for everybody to do what they can to help those most in need in the community and that’s certainly something we’ve seen from Manchester United Foundation.”