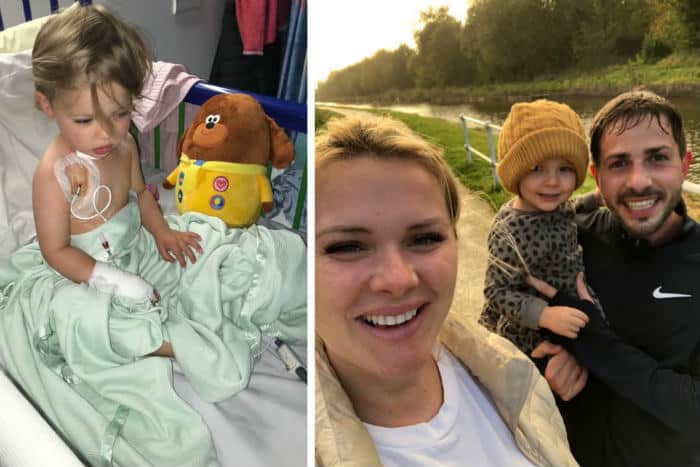 Manchester toddler Noëlle – named in honour of the family’s favourite time of year – was diagnosed with retinoblastoma, a type of eye cancer that affects babies and young children, in June.

For the last six months the one-year-old, who went blind in one eye, has had to undergo chemotherapy and laser treatment.

Now, after finishing her final round of chemo, her parents Shaun and Hayley Heelbeck can finally look forward to the festive period.

It’s a double celebration for the family, from Worsley, as they have just welcomed new baby Ember, too.

Now, Noëlle’s parents want to raise awareness of the symptoms of this rare childhood cancer so that other parents can know what to look out for. 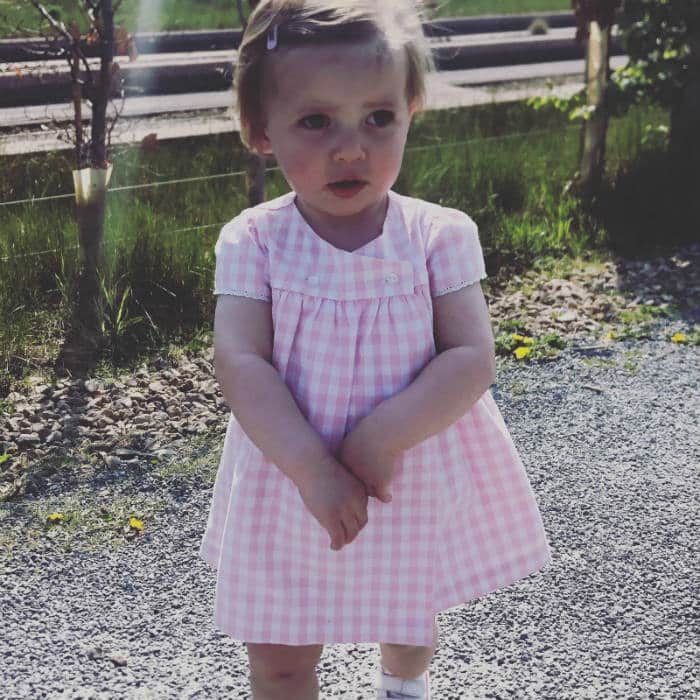 Hayley and Shaun decided to get Noëlle’s eyes checked out after they noticed that one of her pupils was much bigger and darker than the other.

“Noëlle is such a happy, healthy child that I didn’t think much of it at first,” said Hayley.

“A couple of days later, though, Shaun mentioned it too, and I made a GP appointment the following day.

“The appointment was by video call and the doctor couldn’t see what we were seeing. We were told to get back in touch if it got any worse.

“By this point I was getting worried, so I called 111 and was advised to take Noëlle to a local pharmacist.

“The pharmacist looked into her eye and we could tell immediately that something wasn’t right. He said that her pupil wasn’t reacting to light.”

Hayley and Shaun took Noëlle to A&E that evening, but because of COVID restrictions, only one parent was allowed to go with her – so Hayley, who was pregnant, had to wait in the car.

After being seen by several doctors, Noëlle was referred to Birmingham Children’s Hospital, one of two specialist centres for retinoblastoma in the UK, and a week later the diagnosis was confirmed. 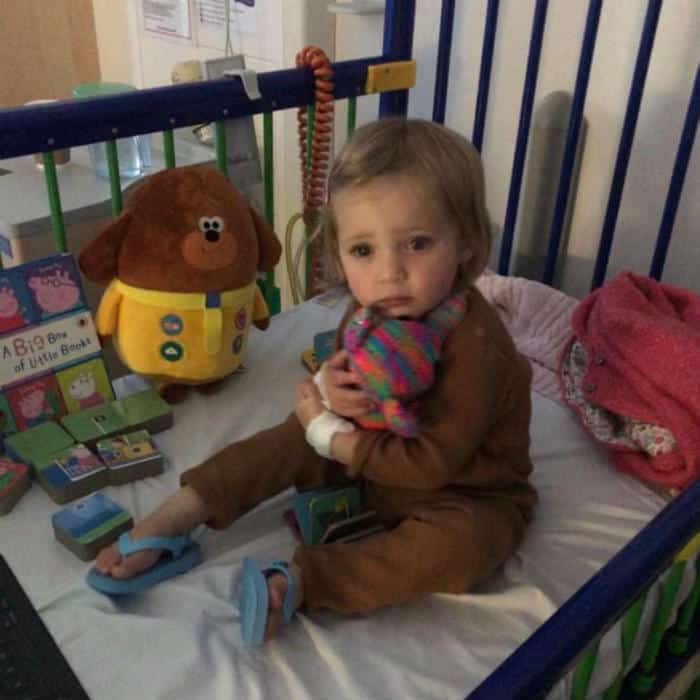 “There is so much tragedy around cancer that you don’t always hear about the positive stories and successful treatment. All I could hear was ‘it’s cancer’. It was the worst week of our lives.”

It was quickly established that Noëlle had lost the sight in her right eye and she needed an MRI and lumbar puncture to determine whether the cancer had spread.

In the meantime, she had to start chemotherapy straightaway.

She had her line fitted five days after her diagnosis and the following day she had her first round of treatment.

The day after that, the family found out that the cancer was contained in her eye.

“We had this checklist of things, the first one being that the cancer hadn’t spread, and as we ticked each one off, we felt a little bit better,” said Hayley.

“Noëlle had six rounds of chemotherapy as well as monthly laser.

“The first round was the worst as she developed an extremely sore mouth and gums and she couldn’t eat. But it did get better.

“She has a week to ten days of sickness immediately following each treatment but she has remained happy and positive throughout it all. She just gets on with it.

“Only one of us can go to hospital with her which has been tough.

“As a parent, the hardest thing is sitting in a hotel across the road from the hospital while the other is in the doctor’s room waiting to hear whether the treatment is working.

“You desperately want to be together, but you have to face it alone.” 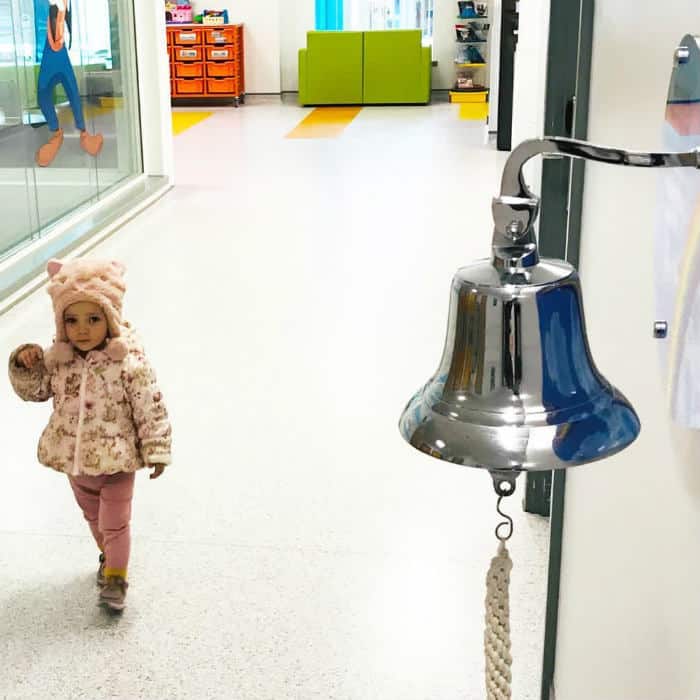 Noëlle had her final chemotherapy session in November and, although she will need to continue having laser and regular check-ups, Hayley and Shaun feel like they can take a breath for the first time in months and start looking forward to Christmas.

“We’re big fans of Christmas in our house and I can’t wait for Noëlle to enjoy it,” said Hayley.

“She’ll be two in January and although she’s still a bit young to understand what’s going on, she’ll love the excitement.

“We are just so ready to put the last six months behind us and enjoy the run up to Christmas Day without the ordeal of Noëlle’s treatment.

“With Ember now here too, we can really enjoy this special time as a family.” 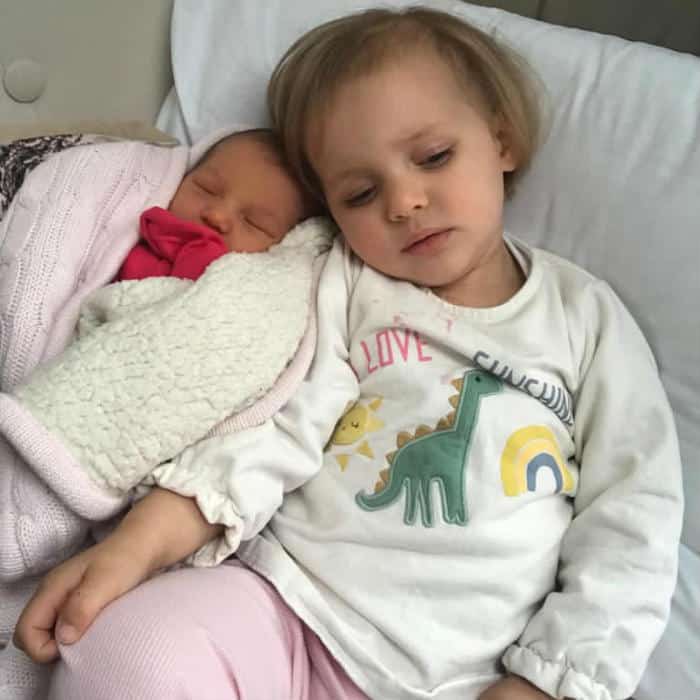 Throughout Noëlle’s treatment, the Heelbecks have been fundraising for the Childhood Eye Cancer Trust, which supports families affected by retinoblastoma.

“The charity was there for us when we needed it and we wanted to give something back, so I organised and completed the ‘Great Noëlle Run’, running 13 half marathons in 13 weeks and raising £12,000,” said Shaun.

“Noelle has been smashing it every week when I take her for treatment and she has inspired us, too. She’s my hero.”

The family want to raise awareness of the main symptoms of retinoblastoma, which include a squint (where the eyes don’t look in the same direction) and a white glow in a child’s eye, seen in various lighting conditions or possibly in a flash photo. Around one child a week is diagnosed in the UK.

“It’s important for parents to remember that retinoblastoma is extremely rare, but it’s always best to have your child’s eyes checked out in person by a health professional if you have any concerns at all,” says Patrick Tonks, Chief Executive of the Childhood Eye Cancer Trust.

“Please don’t put it off because of COVID – get your child seen as soon as possible.

“Retinoblastoma has one of the best survival rates of all childhood cancers but early diagnosis is vital to saving a child’s eyes, sight and life.”