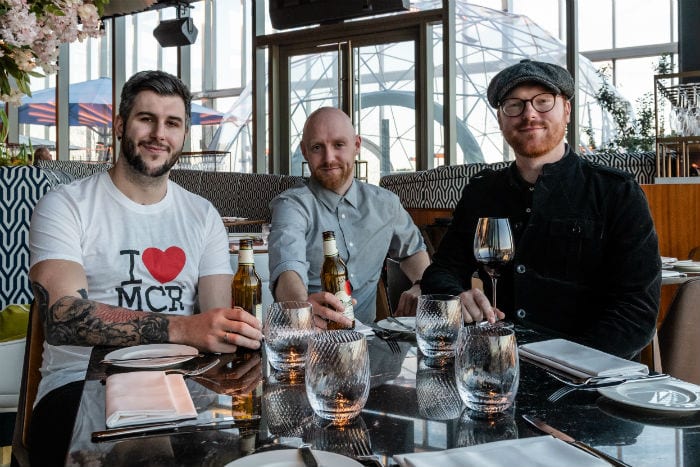 At a time when so many new restaurants and bars are opening and others closing, hospitality can feel like a precarious business for anyone employed in the food and drink industry.  That’s why a group of hospitality professionals based in the city have set up a group where they can support and assist one another.

Manchester Hospitality Network has been created by five of the city’s most well-established sales and marketing professionals in hospitality – Greg Maguire from Revolucion de Cuba, Jake Ogden from Black Dog, Becky Wilkes from 20 Stories, Kyle Blythe from All Star Lanes and Charlotte Felton from Impossible. The group will host networking groups, training sessions and support events across Manchester.

The group has hosted three successful events already, but is officially launching in February – with a huge party, naturally. I Love MCR® is proud to be a media partner for the new venture, with CEO Chris Greenhalgh an ambassador. So we sat down for a beer and a chat with Greg and Jake to find out more. 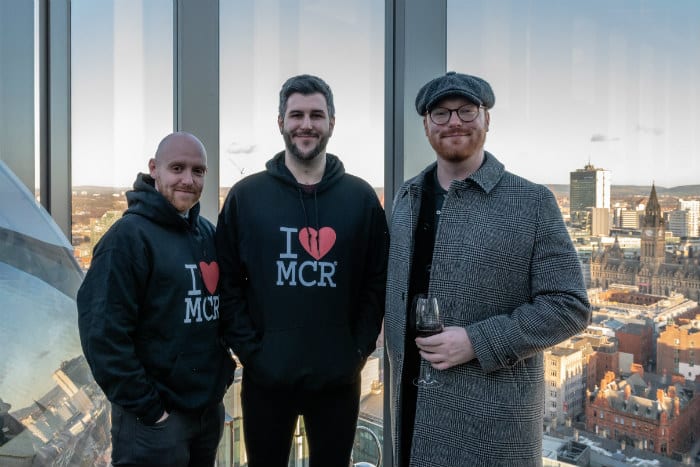 Unsurprisingly, jobs and closures are hot topics for those working in the industry at the moment.

“Instability is the best way to describe it,” says Jake. “Just in the last few months we could all name so many places that have closed, and there are so many jobs that have been lost with that.

“There are new places opening as well, but people are uncertain in our industry. Places are not being supported by their landlords, and retail is on the decline.

“Ancoats is flourishing at the moment because it’s such a creative area. But what happens when the rents go up? There’s always going to be obstacles and challenges.”

The group hopes to give those in the industry a voice as well as providing a valuable support network.

“The hospitality industry is putting about £2.5 billion into the Greater Manchester economy. To us, that’s absolutely massive,” says Greg.

The new venture has its roots in a popular Facebook group known as Manchester Bars.

“That group is fantastic for people that work in the bars, and they really help each other out,” says Jake. “So, for example, if someone has been stealing in the Northern Quarter they will put out a CCTV image to help. It’s a great support system.

“But if you’re working in sales and marketing, you often feel like you’re working on your own. When we started it was just a way for people in our industry to make contacts. There is a demand for something like this that brings people together. And the network itself has grown from that. We thought, let’s put our own events on. Let’s have a membership. But it has to have value.”

Socially, the group currently has over 850 members, but official membership will launch after their launch party on 7th February at Whitworth Locke.

“There will be monthly events,” says Jake. “They will be at venues that we consider innovative and different and maybe people haven’t had chance to go there yet. We’ve had three pre-launch events so far, including at new venues Manahatta and Flight Club, where we had over 150 people come along.

“It’s really useful for people launching new venues that are maybe new to Manchester, too. As a member, you’ll get a directory so you’ll easily be able to find a contact – who is, for example, the sales manager at a particular venue. There will be a brand directory too, with contacts from the big drinks brands.”

Good to meet up with Greg and Jake from @itstheMHN. I’m proud to be an ambassador for a network which aims to provide a support system to Manchester’s ever evolving hospitality industry and its workers. Picture taken at stunning @20StoriesMCR by @ILoveMCR pic.twitter.com/xSb5ydz1EP

The network has already demonstrated its power and community spirit in the face of hard times.

“Charlotte was the sales and marketing manager for the whole of the MAD group,” says Greg. “The closure hit them at a very scary time just before Christmas, with the loss of 120 jobs.

“But we got in touch with our recruitment partner and through us all coming together and using our connections, within 24 hours we’d got so many of them into new positions. Charlotte got two or three offers, and within 24 hours she had got the job at Impossible.

“That’s the power of the network. It really hit us then.”

There’s a community in hospitality that really wants to help and support each other, believes Greg.

“We’ve got so many Manchester businesses supporting us, and we know we can support them. We wanted I Love MCR® to be involved because we have the same ethos of supporting the community and supporting Manchester.

“The strength in this city is just amazing. Manchester always comes together, no matter what.”

The Manchester Hospitality Network officially launches on 7th February with a party at Whitworth Locke, with a website and application form for those wishing to sign up.