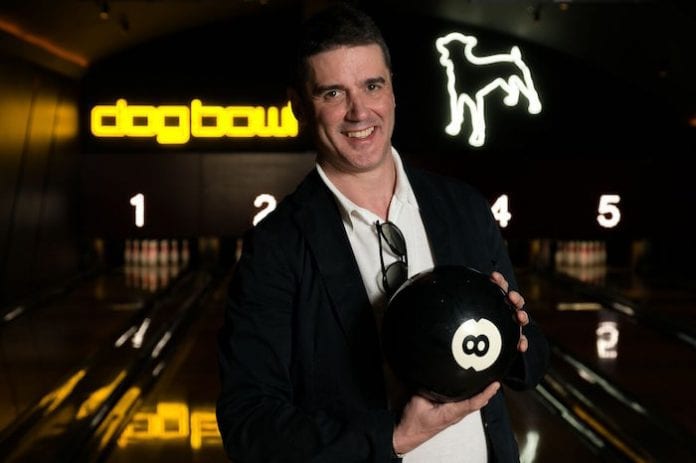 Ross Mackenzie arrived in Manchester in 1988 to go to university, leaving after his second year to set up his first club night Most Excellent with Justin Robertson in 1990. He has been involved in the club, bar and hospitality business ever since, including the original launch of Sankeys in 1994 and his first solo venture, One Central Street, in 2002.

It was the Manchester music and club scene that attracted me to the city when choosing a university. Immersed in the Hacienda and nightlife, I set up Most Excellent to promote some of the DJs here. I’ve been involved in the bar, club and restaurant scene ever since; for the love of a good night out and the thrill of opening and filling new venues.

My original hero, and later best mate, Tony Wilson, became my mentor. Teaching me a lot of things in how to run, and how not to run a venue in Manchester.

I always love the excitement of opening new venues, but I’m most proud of the fact I’ve learnt to be a better businessman and we now employ nearly 200 people. Hopefully I inspire them to do a better job and make a difference.

There is no such thing. I try and get to the gym every morning, and then go in to the office where I catch up with my team and what’s happening that week in each venue. I visit each site at least once over the week, and I’m currently managing the new build of our next bar. I’m always looking for new sites. I’m lucky in that my job lets me travel and this is often the inspiration behind lots of ideas.

After more than 25 years living in the Northern Quarter, I’ve recently moved out to Saddleworth Moor, where I’m enjoying the change of pace. Lots of walking, and renovating my new home. I also like going to gigs and the theatre.

Tony Wilson said to me ‘whatever you do, do it to make Manchester a better place’.

I wanted to be an architect, but didn’t have the patience to study for seven years. I only made it through two. Other than that, I would like to have designed cars, I love cars!

Most of my mates know me as a bit of a party animal, so they were surprised to hear I am trekking across the Simien Mountains of Ethiopia next month to raise money for Action Against Hunger.

Red. After a few years in Manchester, especially my time at Reform restaurant where I met a lot of the players and starting getting invited to matches.

Old Trafford, I’m hoping to see the magic return this season and bring the spotlight back to United. The Northern Quarter, where I lived for many years and where I now own businesses. And The Royal Exchange Theatre, the fantastic way it has converted an important part of Manchester’s history into this cutting edge space that also puts on some great productions.

Nothing, it’s my favourite city in the world!

The people, their friendliness and their warmth, and the creativity. Being just a small part of this world changing city that continues to lead in many fields makes me happy and proud.

Ross, and a host of other big names on the Manchester foodie scene, are aiming to raise £100k for Action Against Hunger this October. Donations can be made online here.