This time of year wouldn’t be the same without hot cross buns.

And this year, Kellogg’s is bringing the Easter magic to the breakfast table with a new hot cross bun flavour cereal. 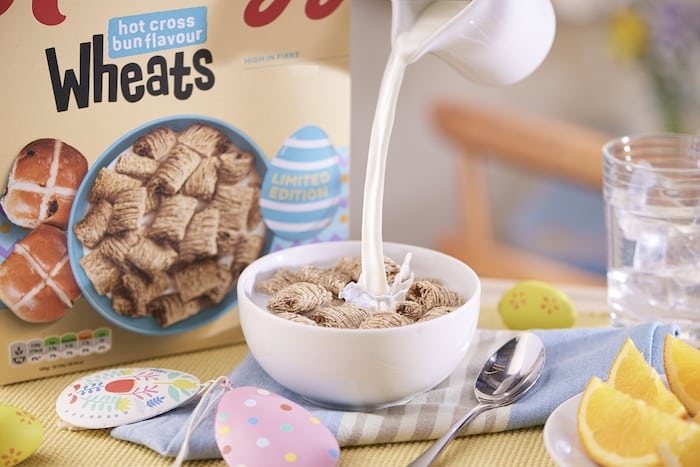 The cereal is made up of crunchy wheat shells packed with a classic combination of dried fruit, a hint of cinnamon, ginger and spices, rounded off with candied lemon peel.

The limited edition cereal will be on shelves from next week – but hot cross bun fans had better move quick, as only a limited number of boxes are up for grabs.

The all new, limited edition cereal is high in fibre, low in salt and low in saturated fat, says Kellogg’s – offering a guilt-free way to get your hot cross bun fix. 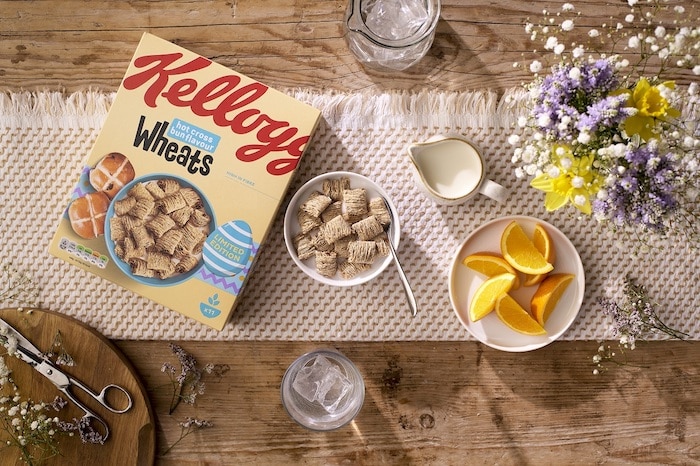 Kellogg UK has been operating in Manchester since 1938, when it opened its Trafford Park based factory – now Europe’s largest cereal factory.

The new Easter creation follows the launch of a limited edition mince pie flavoured cereal for Christmas, and pink Coco Pops for Valentine’s Day which turned the milk pink.

“In order to get the perfect flavour, we sampled a number of hot cross buns to help us understand what made certain ones so good,” says Kirsty Smith, food designer at Kellogg’s.

“We then took our hot cross bun expertise and applied it to our cereal.

“The filling in the crunchy casing all comes together to deliver that famous Easter taste.’’

The new limited edition hot cross bun flavour cereal from Kellogg’s is on shelves from next week in Sainsbury’s and Asda (RRP £1.80).