Christmas wouldn’t be the same without mince pies – and this year Kellogg’s has taken it a step further by launching a new mince pie flavoured cereal.

Limited-edition Mince Pie Flavour Wheats will be packed with a smooth, gently spiced sultana centre, say Kellogg’s, offering people the chance to add a touch of Christmas spirit to their mornings as December 25th fast approaches.

Carefully made in the North Pole of the UK – Manchester – the development of the cereal started just after Christmas last year in order to make it onto shelves in time for this festive period.

Kellogg’s team kicked off the process with the joyous job of sampling a number of mince pies to find the perfect flavour.

“We tried around four different recipes before we found ‘the one’,” says Kirsty Smith, food designer at Kellogg’s.

“The filling in the crunchy Wheat casing is made up of sultanas, candied orange peel and a spice mix of cinnamon, ginger, all spice and nutmeg – all of which comes together perfectly to deliver that favourite mince pie taste.’’ 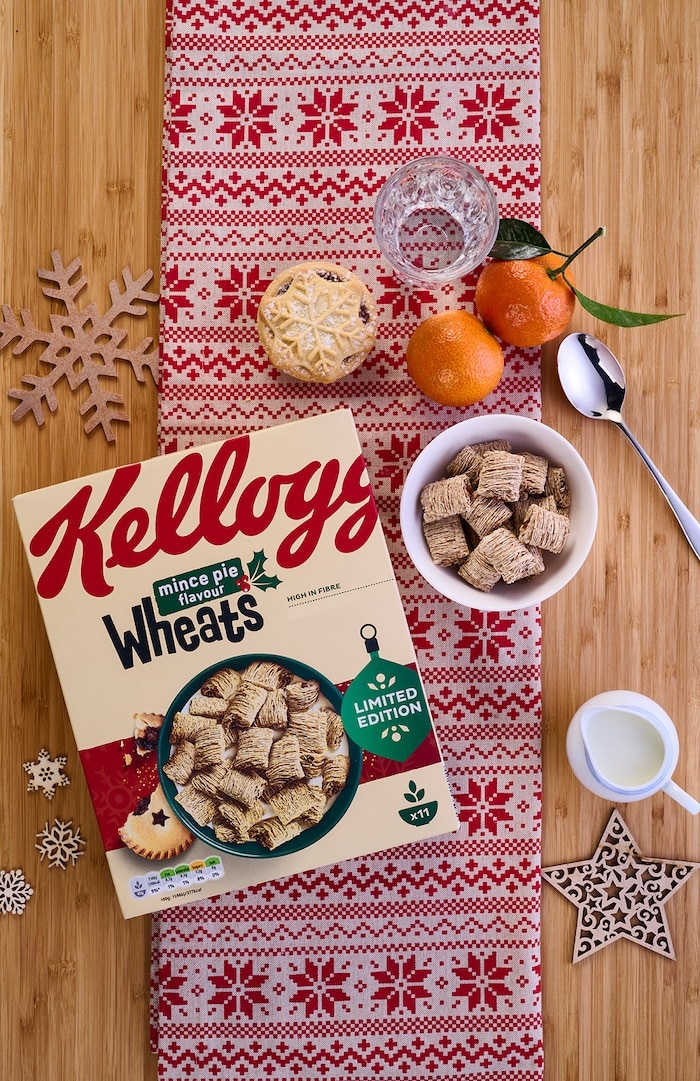 The all new, limited-edition cereal is high in fibre, low in salt and low in saturated fat, says Kellogg’s – offering a guilt-free way to get your mince pie fix.

Not only is it a tasty breakfast choice but it’s also expected to prove popular as a Christmas Eve snack for Father Christmas.

Mince pie fans had better move quick, though, as only 60,000 boxes of the cereal are up for grabs and once they’re gone, they’re gone.

“Mince pies are a Christmas classic and we know just how much people love them, that’s why we wanted to combine that instantly recognisable flavour of spiced, dried fruit with our popular Wheats cereal,” says Emily Dutton, senior brand manager at Kellogg’s.

‘’We hope that mince pie fans are excited to get their hands on our new launch and we’d encourage them to act fast – they’re a limited-edition and we expect them to be snapped up!’’

The new Mince Pie Flavour Wheats will be on shelves from Tuesday 30th November in selected Sainsbury’s stores (RRP £1.80).