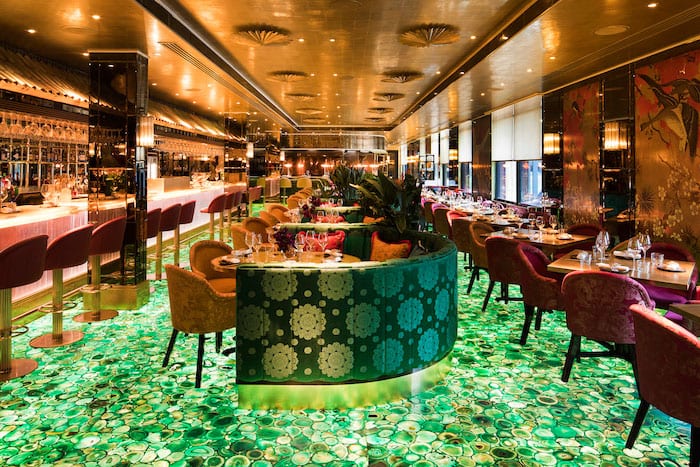 The Ivy Spinningfields was the largest restaurant to open in the whole of the UK in 2018, with 535 covers set over four floors.

While the brasserie menu is much the same as in other cities, what sets this Ivy apart from its siblings is The Ivy Asia, which was a new concept for the Manchester branch.

It’s been such a success that it’s now heading to London. The Ivy Asia St Paul’s, which is due to open in November on the former site of Jamie Oliver’s Barbecoa, is “set to be the city’s restaurant launch of the year,” they say. 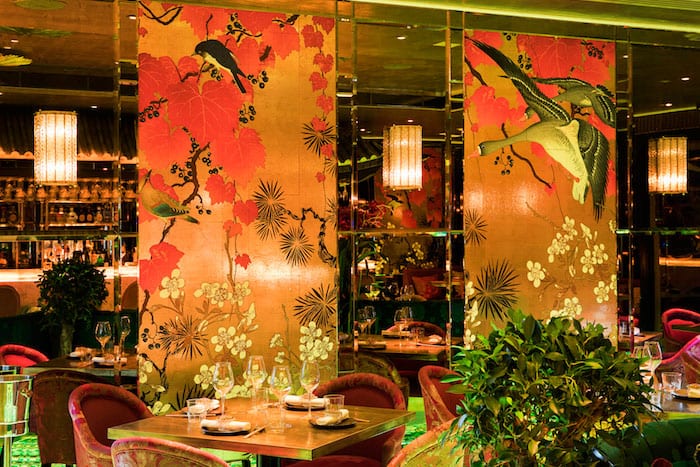 The Ivy Asia restaurant and bar in Manchester, which occupies the entire second floor, is a glamorous space. The floor is illuminated with a show-stopping green, semi-precious stone floor, set against a striking antique gold mirrored bar, gold-gilt ceiling and luxurious Asian fabrics.

In London, diners will be met with a show-stopping fluorescent pink onyx floor, impressive panelled artwork depicting notable Japanese landscapes, and a pink-hued pagoda, before climbing the stairs to the first-floor restaurant.

Upstairs, as in Manchester, the entire floor will be illuminated with green semi-precious stone, set against an antique gold mirrored bar, with – judging by the artist’s impression – similar luxurious Asian fabrics and brass top tables.

Artwork, they say, will pay homage to a series of pan-Asian influences including flora, fauna and mythology, whilst a collection of limited-edition, antique 12ft samurai warriors look on.

But what can London diners expect from the menu?

Details haven’t been announced yet, beyond them saying it will be “Asian-inspired” – but we’re guessing it will be similar to The Ivy Asia Manchester menu. 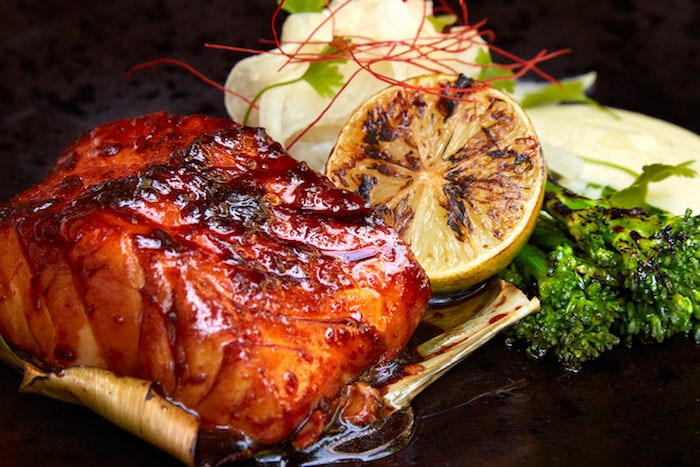 Dishes here are inspired by chef Steve Scoullar’s travels across the continent including Vietnam, Cambodia and Tokyo, and spans raw and cured dishes, dumplings and buns and Robata grilled meat, fish and vegetables.

We enjoyed the golden buttermilk fried chicken with spicy kimchi mayonnaise in the Manchester branch, and crispy duck stuffed into soft, pillowy bao buns with hoisin and five spice sauce.

The signature Robata grilled black cod in Manchester is dressed with a savoury miso sauce, while Japanese Wagyu steak with truffle is a serious touch of luxury.

And as with Spinningfields, St Paul’s will also have a private dining room.

We often see London restaurants opening up in Manchester and proving a hit in the city, from Hawksmoor and Honest Burgers to Dishoom.

It’s nice to see, in the case of The Ivy Asia, that Manchester got to try it first.