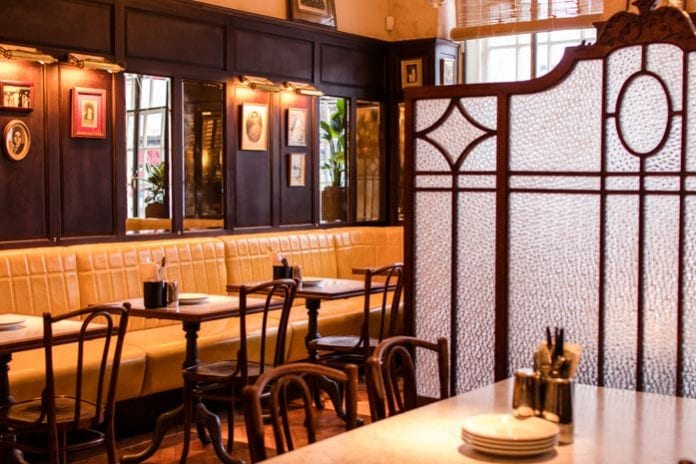 Like the branches in London and Edinburgh, this newest member of the Dishoom family pays loving homage to the old Irani cafés of Bombay, and offers all-day dining and drinking.

So what can Manchester diners expect from the new opening? We went along to find out.

The breakfast menu, served from 8am to 11.45am on weekdays and from 9am to 11.45am on weekends, includes Dishoom’s famous bacon naan roll (£5.90), comprising fresh naan – baked by hand and to order – stuffed with Ramsay of Carluke’s smoked streaky bacon which has been matured for two weeks and smoked overnight. 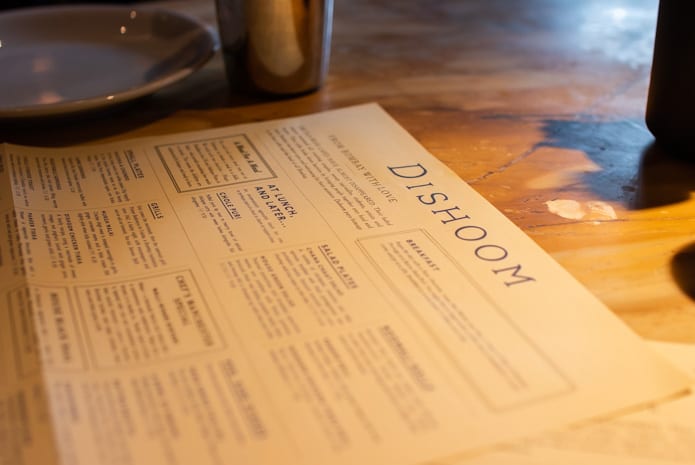 We are advised to order two or three dishes per person, and they’re served from the kitchen as they’re ready. We sip a superb pre-prandial East India gimlet cocktail (£8) while we wait – Portobello Road gin mixed with Rose’s lime and a touch of celery bitters. 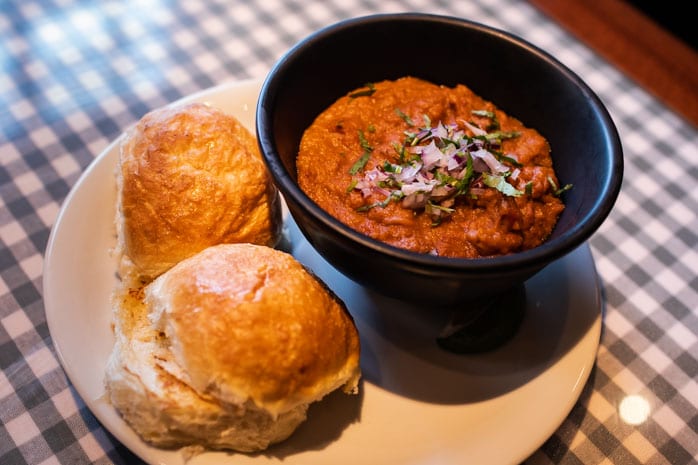 The first dish to arrive is pau bhaji (£4.50) – a bowl of mashed vegetables with hot buttered, home-made bun, Chowpatty Beach style. Sometimes the simplest things are the most delicious, and this is a case in point. The spice is beautifully balanced, and the buns are light and buttery. No food is more Bombay, claims the menu. 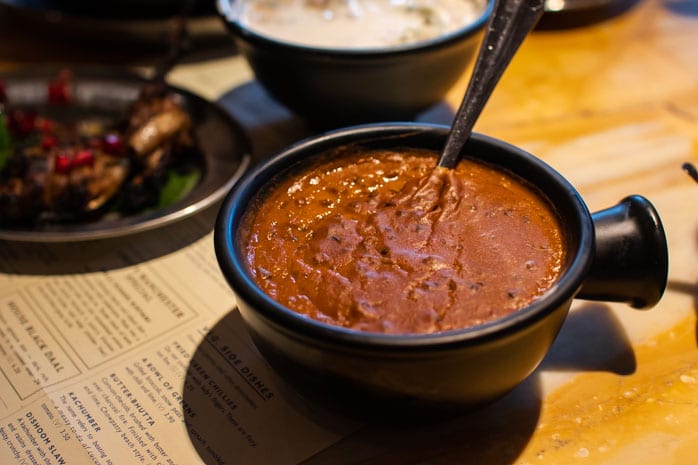 House black daal (£6.20) is a Dishoom signature dish – dark, rich, deeply flavoured. It is cooked slowly over 24 hours, and the result is pure pleasure. 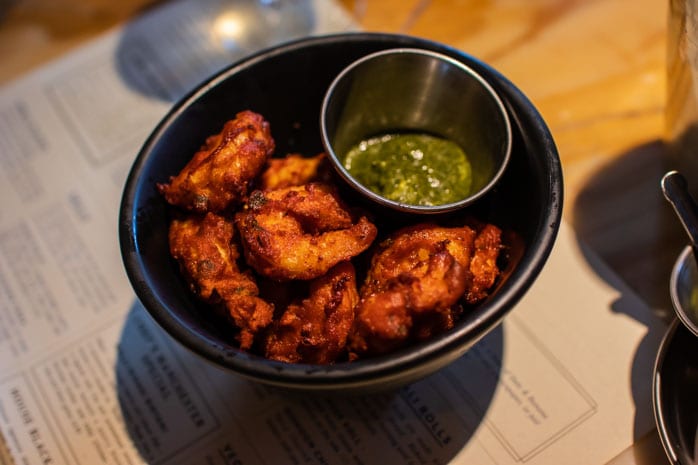 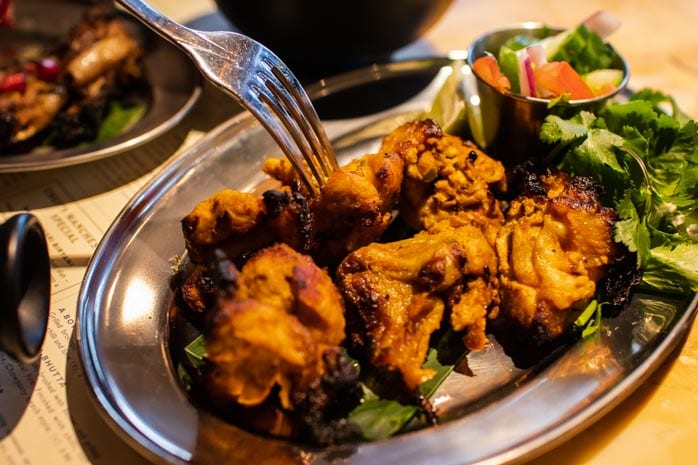 Next come the dishes from the grill. Carefully charred chicken tikka (£8.50) is a family recipe, using a marinade of sweet vinegar rather than yoghurt, laced with ginger juice, turmeric, garlic and green chilli. 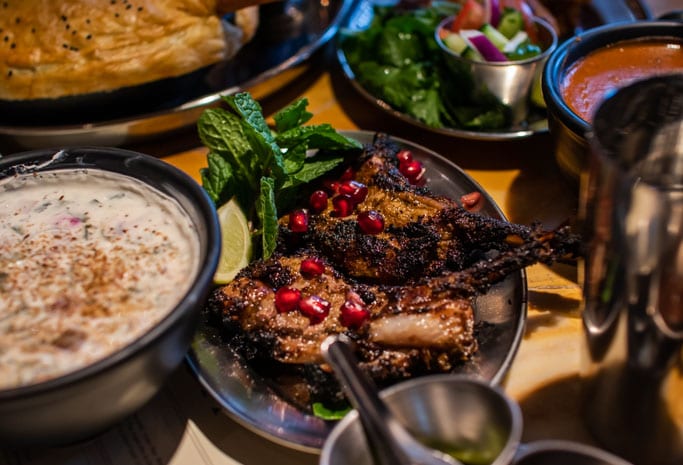 Lamb chops (£4.30 each) have been sitting overnight in a marinade of lime juice and jaggery (unrefined cane sugar), warm dark spices, ginger and garlic. Blackened by the grill, they’re still juicy inside, and studded with jewel-like pomegranate seeds. They beg to be eaten with hands, the sweet flesh and soft lamb fat torn away with teeth until only clean bones are left. 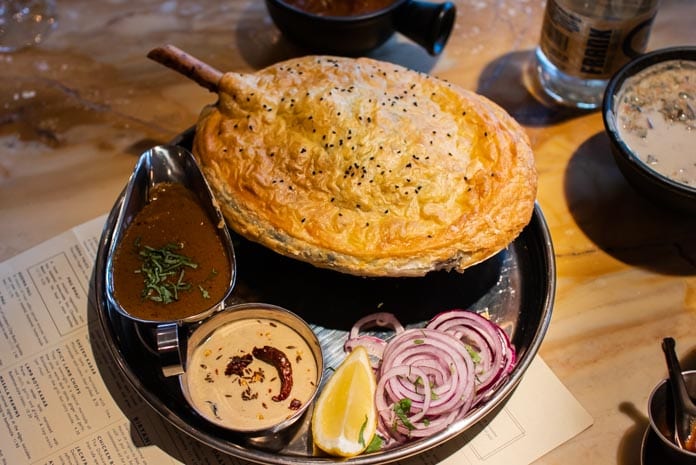 There’s a special dish just for Manchester, too: a decadent nalli nihari biryani (£16.90). A tender shank of slow-cooked lamb is layered with rice and caramelised onions then sealed beneath a pastry blanket, served with a rich spicy gravy and enriched with chicken liver raita on the side.

It’s a spectacle of a dish, reminiscent of Desperate Dan’s cow pie but with the shank bone sticking out of the top rather than horns. Lift the bone out through the crisp pastry and the heady aroma of the filling hits the senses, with large meaty chunks of lamb nestling in their aromatic golden rice bed. The jug of thick, spiced gravy on the side packs a punch. 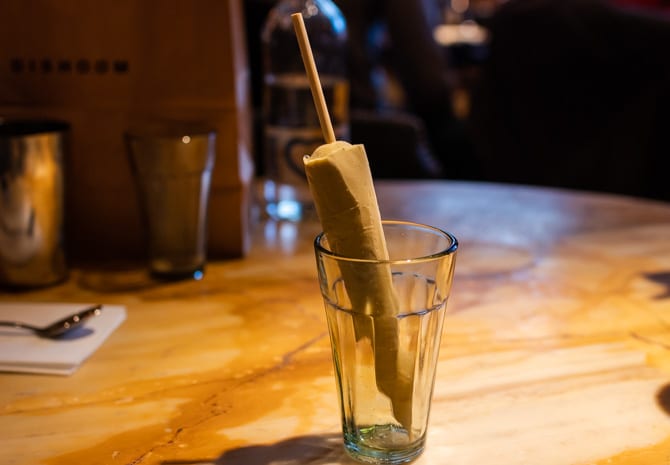 We’re too full for pudding, but glad we ordered it. Pistachio kulfi on a stick (£3.70) is like the creamy and nostalgic mini milk lollies of childhood, but more grown-up.

Melt-in-the-middle chocolate pudding (£6.90) is served with a scoop of Kashmiri chilli ice cream. 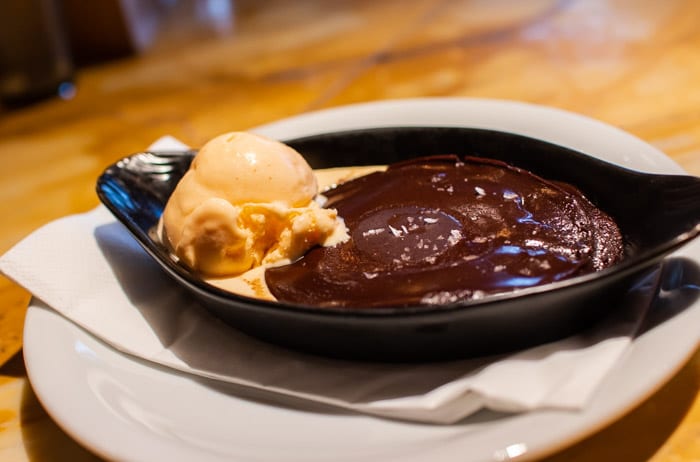 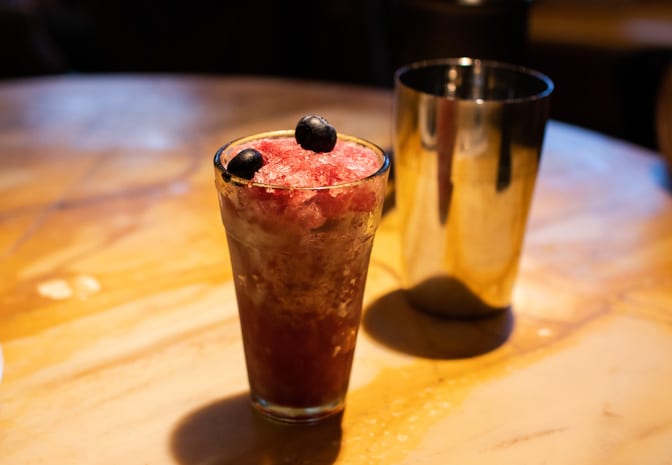 It’s an accomplished menu, filled with love and careful attention to detail. Every dish makes us smile.

And for every meal served, the Dishoom team will donate a school meal to a child who would otherwise go hungry. A meal for a meal. Dishoom work with two charities – the Akshaya Patra Foundation in India and Magic Breakfast in the UK – who provide nourishing meals to children in schools.

It’s the perfect excuse to order as many dishes as possible. Not that you need an excuse when the food is this good. 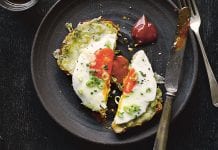 ManchesterChef: chilli cheese on toast with eggs recipe by Dishoom 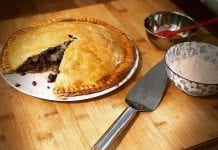 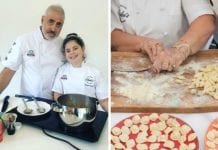