Will you get to build a legendary Flaming Zombie, or just set things on fire? Find out at Hula

If you’ve been on a messy night out in Manchester at any point in the last 20 years, chances are you’ve stumbled into underground NQ bar Hula.

With its late licence, Hula has always been the go-to late-night venue of choice in the Northern Quarter.

The party bar on Stevenson Square is known for its legendary – and seriously strong – Flaming Zombies. 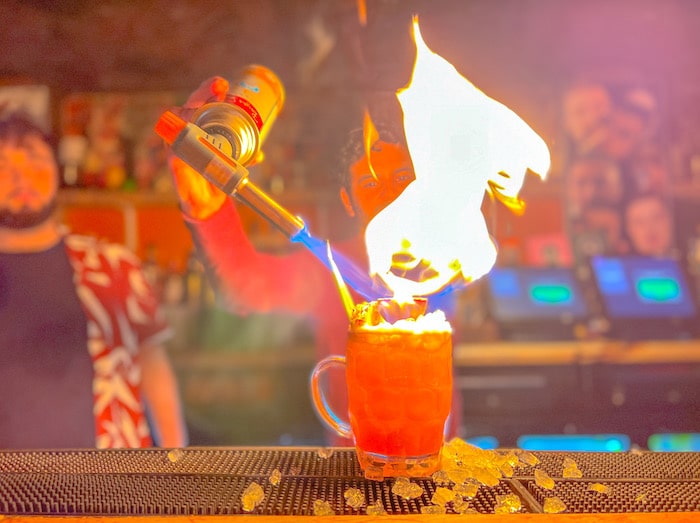 Based on a cocktail invented in Hollywood in the 1930s, the Hula team came up with a version involving four different types of top-quality rum, lime, pineapple and a massive blowtorch.

The Flaming Zombie is a tropical taste sensation and looks spectacular, too – especially that huge flame lighting up the bar as it sets your drink on fire.

It’s Hula’s most popular drink by far, and they regularly serve up more than 150 a night to the city’s party crowd. 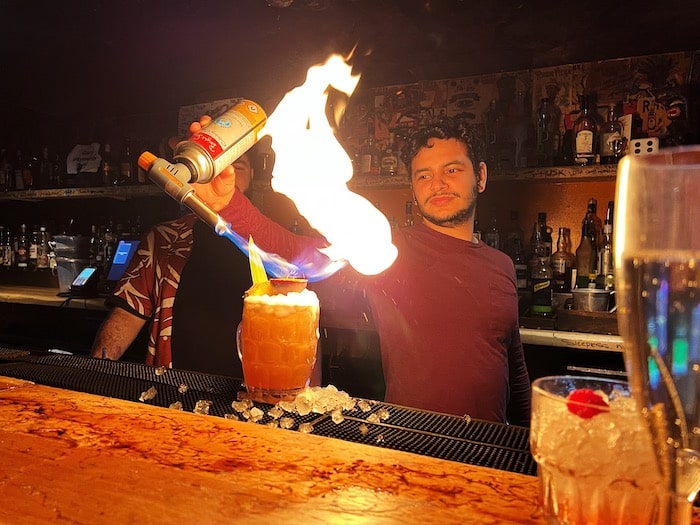 But have you ever wanted to recreate one yourself at home?

Well, now you can, because Hula also run cocktail masterclasses with their expert bartenders – and lots of fun they are, too.

A great choice for a booze-filled night to remember (or not) with friends, it’s a chance to learn the ways of the fire and party with their wacky firemasters and tiki gurus. 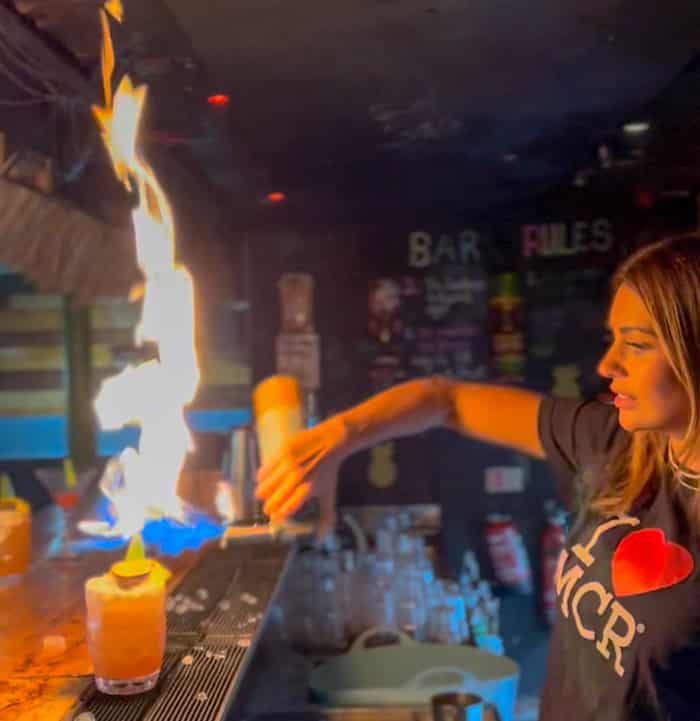 The cocktail classes are £30pp, which includes a welcome drink on arrival and the opportunity to master two cocktails each – will you get to build a legendary Zombie, or just set things on fire?

There’s plenty of fun and games along the way, plus nibbles to finish, too.

We tried our hands at making a classic Bramble and a Strawberry Daiquiri as well as the famous Zombie – and it’s fair to say some of our attempts were more successful than others. 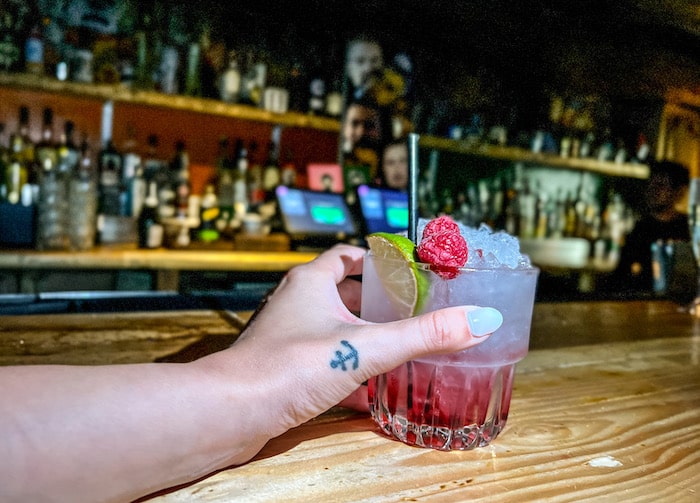 But there are plenty of laughs along the way, and you get to drink your finished work – and nothing quite beats the thrill of getting that flame going. Even if it did somehow end up pointing at the ceiling rather than the drink in our case. Sorry, Hula.

If you want to try it for yourself, it makes for a unique night out with friends or colleagues, both entertaining and informative.